Choral singing has long been celebrated for “sparking joy,” not only in those who raise their voices in song, but in loyal listeners who enjoy the magic of hearing a group of individuals meld together in perfect harmony.

Choral singing has long been celebrated for “sparking joy,” not only in those who raise their voices in song, but in loyal listeners who enjoy the magic of hearing a group of individuals meld together in perfect harmony.

However, the pandemic still sweeping the globe and decimating arts communities worldwide has effectively silenced those voices, paradoxically morphing what is normally a joyous, life-affirming activity into a potentially lethal pursuit, owing to the natural release of saliva droplets and more diffused “aerosols” inherent in vocal production, which are at risk for carrying the virus.

A recent New York Times article reported that COVID-19 outbreaks have been linked with choir rehearsals in Britain, Germany, the Netherlands, the United States and South Korea — with more undoubtedly to follow. The U.S. Centers for Disease Control and Prevention similarly urged choirs to suspend or decrease all activity this spring.

“The most peaceful, joyful and community-centered art form suddenly has a question mark of whether we can do it or not,” he says.

“It’s been extremely challenging and has affected artists and organizations all over the world, including symphony orchestras, theatre, ballet, opera, chamber ensembles as well as choirs. We know we are not alone, but that doesn’t make it any easier.”

The Russian-born director recalls his final, pre-shutdown rehearsal on March 10 with the “Phil,” putting the finishing touches on their collaborative Happy 250th Birthday, Ludwig program with the Winnipeg Symphony Orchestra, showcasing Beethoven’s Mass in C, which had been slated for March 22 at the St. Boniface Cathedral.

“I said to the choir after rehearsal that night, ‘Boy, you sound so good, and I’m so looking forward to next Sunday’s orchestra rehearsal.’ Then all of a sudden, bang, and everything came crashing down.

“It’s been an indescribable feeling of loss, of disappointment, and also like, ‘What am I going to do?’” he says of the uncertainty infusing the entire global arts community.

Like nearly every other hard-working director, local conductor/tenor Justin Odwak helms multiple groups, including the 30-member NUOVOCE Chamber Choir, the more community-based Winnipeg Jewish Chorus, and a professional quartet that performs during High Holiday services each fall at Congregation Shaarey Zedek, in addition to leading the St. James-Assiniboia Junior Divisional Choir and more ensembles at Dakota Collegiate and Charleswood School.

“The act of singing has so many benefits for us mentally, physically and spiritually,” Odwak affirms over the phone, noting many groups are now hosting virtual singalongs online, as well as holding choir and sectional rehearsals via a variety of video-conferencing apps. He also regularly takes part in e-conference calls and webinars with colleagues across Canada for further support, ideas and inspiration.

“Being in a choir also teaches young people how to be a leader, how to conduct yourself and how to become a citizen of society. Performing a choir audition is no different than preparing for a job interview, so singers also learn how to present themselves in a positive way, while nurturing their self-expression and a sense of belonging,” Odwak explains. “These are huge things that people are really missing right now.”

In fact, there’s been an unexpected increase in interest in choirs from wannabe warblers, perhaps inspired by those passionate Italians belting out opera arias from their balconies this spring. Odwak marvels at the record number of musicians auditioning online for NUOVOCE during these transformative times.

“I believe there’s going to be a major paradigm shift with many tears of joy shed when we can finally all be together again,” he predicts. “When you’re sharing a space with each other and the harmonies are working, you can’t really describe the feeling of that, on so many different levels.

“People will think of choirs a little differently and say, ‘We are really lucky we can do this,’ and have a deeper appreciation for that sense of human connection created through choral singing.”

Although children are still developing the cognitive and emotional skills to process the seismic changes of the past few months, many have shown a resilience we can all learn from.

They have readily adapted to the use of digital technology without blinking an eye, staying connected to their musical chums through youth-friendly Zoom meetings and virtual rehearsals with directors. Carolyn Boyes, artistic director of the Winnipeg Boys’ Choir, says harnessing the power of the internet has become critical for keeping the boys “thirsty” for contact with each other, while allowing them to stay connected and engaged.

That choir’s regular Tuesday night rehearsal slot has been kept open for individual and group lessons via Zoom. The youthful ensembles will continue working toward their annual Winter Concert, as always, which might necessarily be a scaled-down version performed to three smaller audiences, allowing time to clean the venue between shows.

Boyes will also program works infused with an uplifting spirit of hope, perseverance, resilience and transcendence over adversity to inspire the young artists.

Boyes draws comfort and strength from how the 95-year-old boys’ choir has weathered countless storms during the past century, as has its older choral cousin, the “Phil,” started in 1922, mere years after the last global pandemic, the 1918 Spanish Flu. Those include two world wars, the Great Depression and sweeping cultural, political and societal changes.

Henry Harrington, 11, and his sister Mabel, 13, are missing their respective choirs, the Winnipeg Boys’ Choir and Pembina Trails Voices “Chorale,” as well as the children’s choir at St. Mark’s Lutheran Church. The talented twosome — both began singing as tots and play multiple instruments including trumpet, oboe, cello and piano — are the children of violinist Sarah Harrington, who performs with the Manitoba Chamber Orchestra, and saxophonist Allen Harrington, often spied in the Winnipeg Symphony Orchestra ranks in pre-COVID-19 days.

The siblings shared their thoughts during a physically distanced interview at their south Winnipeg home:

Henry says he loves choir because, “I feel amazing. I love singing with my friends.” Mabel quickly chimes in: “I feel happy because music makes me feel good inside. I love having that freedom to sing.”

At the other end of the spectrum, alto Pat Wray — a longtime member of the Winnipeg Singers who joined the group in 1997 and has served as its executive director since 2010 — shares her own experience:

“We’re really missing the camaraderie of being together and the challenge of learning new music,” she says, adding that the choir began its own Facebook page to stay in touch with one another.

“We have a Plan A, B and C and it’s crazy that none of us have ever seen this type of situation. We’re all in uncharted territory,” she says, adding that the group has also suffered a fiscal body blow, owing to a litany of cancelled/postponed concerts and annual fundraiser events.

Manitoba has been relatively unscathed, last weekend entering Phase 3 of reopening, which includes larger public gatherings. Despite this, choirs and their fearless leaders continue to navigate turbulent waters. Klaz, like his colleagues, remains optimistic for the future, partly fuelled by feeling “blessed” in having shared his deep passion for music with singers and audiences for 45 years, since picking up his first baton as a teenager.

Many Manitoba choirs are planning to offer listeners pre-recorded performances online, available through each organization’s website or via various social media channels.

For example, the Winnipeg Singers will be performing an abbreviated, physically distanced version of its first, originally scheduled concert of the 2020/21 season, Music of Our Homeland, commemorating the 150th anniversary of Manitoba entering Confederation, which listeners can then hear free online after its public release on Oct. 25.

Odwak is also gearing up for NUOVOCE’s first concert of the new season — again, expected to be pre-recorded with safety measures in place — while Boyes is moving toward the WBC’s mid-December show.

“We all have to find new, carefully thought ways through this, which is what we are going to do. We’re not just shutting the door, and we’re not done.” 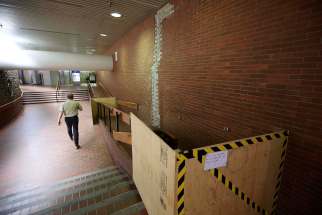 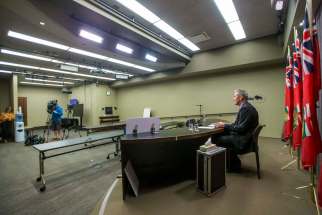 Invest in health care to rise above second wave 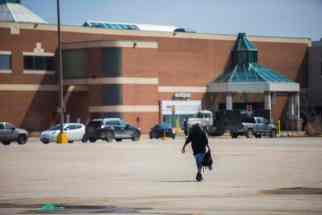 Hey Hey, My My… it’s the month of Neil Young 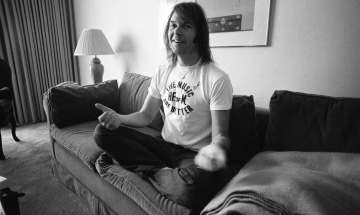 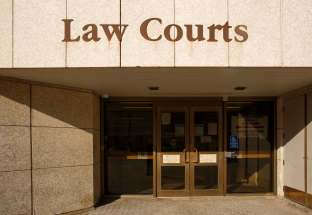 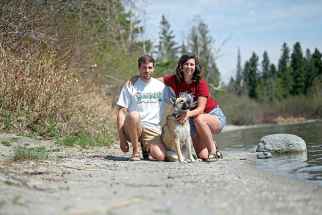 The song is over, for now 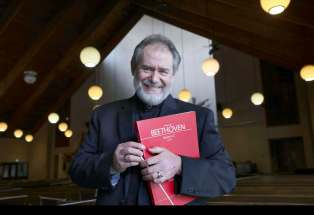 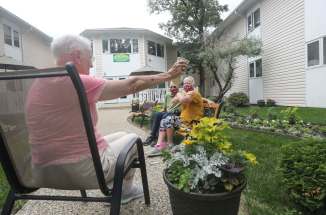