For the better part of the last decade, Winnipeg author and Norway House Cree Nation member David A. Robertson’s impressive publishing schedule has featured two or three books per year. And while his bibliography includes graphic novels, children’s books, young adult fantasy novels and more, none of his past works have taken as emotional a toll as his new memoir, Black Water: Family, Legacy, and Blood Memory.

For the better part of the last decade, Winnipeg author and Norway House Cree Nation member David A. Robertson’s impressive publishing schedule has featured two or three books per year. And while his bibliography includes graphic novels, children’s books, young adult fantasy novels and more, none of his past works have taken as emotional a toll as his new memoir, Black Water: Family, Legacy, and Blood Memory.

The 43-year-old Robertson’s latest book chronicles his growing up with a white mother and a Cree father in River Heights, his coming to terms with his Indigenous roots and the absence of his father Don in his life for the better part of a decade after his parents separated (they would later reconcile).

It also lovingly recalls the reconciliation process between father and son, and an attempt by Robertson to understand his Cree background when the two journeyed to Black Water, a trapline located near Norway House where Don grew up, in 2018. (Robertson’s father, a longtime United Church minister and educator in Manitoba, died in December 2019 at the age of 84.)

Black Water, published by HarperCollins today, will be launched (virtually) in conjunction with McNally Robinson Booksellers on Thursday, when Robertson will be joined by Brampton, Ont. author Jael Richardson. It’s the latest in more than two dozen books Robertson has written in the last decade, including the 2017 Governor General’s Award-winning children’s book When We Were Alone, which was illustrated by Vancouver artist Julie Flett.

• By David A. Robertson, hosted by Jael Richardson, in conjunction with McNally Robinson Booksellers
• Thursday, Sept. 24, 7 p.m.
• To register: wfp.to/blackwater

For Robertson, the subject matter of Black Water was nothing new — his relationship with his father and their Cree heritage has long permeated his readings, presentations and public speaking events.

“Every time, I’d end up talking about my dad, our relationship… that’s such a big part of my life, but also my writing,” Robertson says. “I feel like I’ve been writing this book for 12 years. And… we developed our relationship over the course of the last 10, 12 years, so the more I talked about him the more I’ve learned.”

In 2017, Don asked David to visit the trapline with him; the following year the pair made the trek north, rekindling and strengthening their relationship in the process of digging into Don’s life growing up in and around Norway House, and their shared Cree heritage and identity.

Black Water features two narrative threads — one about the pair’s trip to Norway House and Black Water, and the other featuring snapshots of the past of both father and son. The threads converge near the end of Black Water, bringing a powerful, heartfelt conclusion to the book.

“I think the last 50 to 60 pages of the book are the best I’ve ever written, because of how emotional and intimate and personal it was… it reads almost like a poem,” he says.

“I feel like I’ve been writing this book for 12 years. And… we developed our relationship over the course of the last 10, 12 years, so the more I talked about him the more I’ve learned.” – David A. Robertson

A key component of Black Water is the Indigenous notion of blood memory — the idea that stories and history are passed down in an almost genetic, non-verbal way through family.

This feeling of blood memory was immediately apparent to Robertson when he first set foot in Norway House.

“When I stepped on to the land on Black Water, I had a homecoming feeling — this is where I should be, this is home to me. That really helped me figure out how I was going to approach the book,” he explains.

To chronicle both his physical and emotional journeys, Robertson had to mine past experiences and family history that were often personal and painful.

“It was exhausting to write — you’re laying yourself so bare to people,” he says. “I had to put so much of myself in it — my energy, my emotion… a lot of pain, a lot of joy. I tried to not want to hold anything back; I wanted to evoke the emotion and connection with readers. I feel like I was as honest with my life and my experiences as I possibly could have been.”

Then at the end of 2019, when Black Water was nearly finished, Don died. “It was a little too much; I had to step away for about a month before I could work on it again,” Robertson says. Don never got to read his son’s book.

If Black Water were the only book Robertson had coming out this fall, it would be an accomplishment in and of itself. But just two weeks ago, the first book of his middle-grade Misewa Saga called The Barren Grounds was published by Puffin Canada. It’s a fantasy series that takes traditional stories and adds a fantastical, Chronicles of Narnia-like journey to the tale of two Indigenous children forced from their communities into a foster home in Winnipeg.

In addition to Black Water and The Barren Grounds, Highwater Press is publishing Breakdown, the first volume of the Reckoner Rises graphic novel series, in October. The series, written by Robertson and illustrated by Scott B. Henderson, continues the story of Indigenous teen superhero Cole Harper beyond his award-winning young-adult Reckoner trilogy.

Robertson’s forthcoming publishing schedule is no less jam-packed — in addition to sequels of both the Misewa Saga and Reckoner Rises books, he’s also got a followup with Julie Flett to When We Were Alone called On the Trapline, slated to be published in May 2021. It’s a variation of the story told in Black Water, detailing his father’s life in Norway House.

“I wrote this book for myself, but I also wrote it for my family… knowing that my nephews and nieces will have it as a document of their grandfather’s life and teachings and wisdom is comforting for me.” – David A. Robertson

“It’s about a grandfather and grandson who go to the grandfather’s trapline, and he teaches the grandson about living on the trapline,” he says. “Julie’s work is the best you’ve ever seen.”

For now, Robertson is focused on Black Water. “I don’t know how it stacks up in terms of structure with other memoirs, but I really wanted it to be an immersive, intimate experience,” he says. “I wanted people to feel they were sitting with me at a coffee table, and me telling them about my life, my dad and everything. I wanted people to connect with it emotionally; I just wanted to tell a story.”

Most of all, Robertson hopes Black Water will serve to document his father’s legacy.

“I wrote this book for myself, but I also wrote it for my family… knowing that my nephews and nieces will have it as a document of their grandfather’s life and teachings and wisdom is comforting for me. It’s a personal book, it’s a family book in a way, but I think there are universal themes in there as well that are for everybody.

“I really feel this book is a road map to self-discovery and healing.” 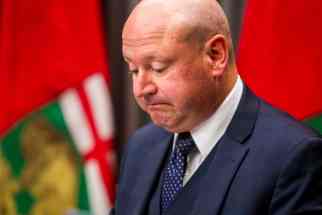 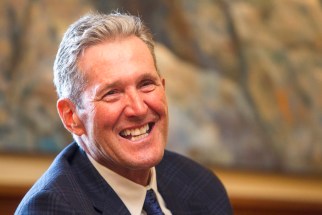 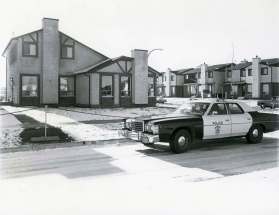 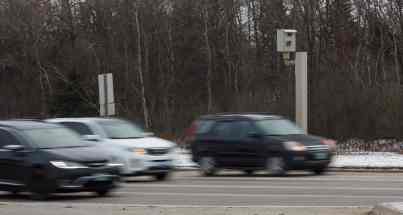 First Nations respect the rule of law; too bad many Canadians don’t 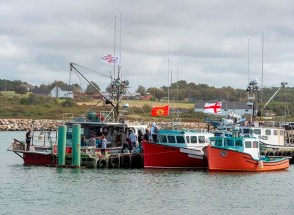 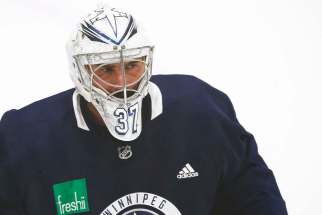 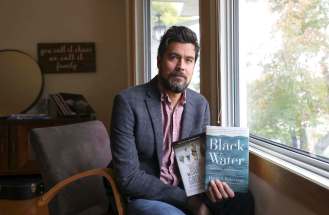 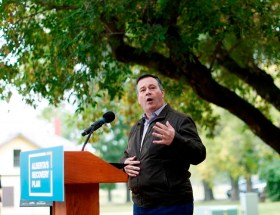