‘I have moved, but I am not leaving’ Point Douglas community leader Sel Burrows has downsized, saying it's time to pass the torch to a new generation By: Ben Waldman Posted: 7:00 PM CST Wednesday, Feb. 3, 2021 Last Modified: 9:05 AM CST Thursday, Feb. 4, 2021 Updates

The house on the corner of Grove Street and Rover Avenue is a landmark in North Point Douglas: its scrambled-egg hue makes it hard to miss, but the people who’ve lived in it make it nearly impossible to ignore. That’s exactly how Sel and Chris Burrows wanted their abode to be — the couple’s mission statement of community distilled into canary yellow siding.

The house on the corner of Grove Street and Rover Avenue is a landmark in North Point Douglas: its scrambled-egg hue makes it hard to miss, but the people who’ve lived in it make it nearly impossible to ignore. That’s exactly how Sel and Chris Burrows wanted their abode to be — the couple’s mission statement of community distilled into canary yellow siding.

Since moving into the home in 2009, the Burrowses made keeping the neighbourhood safe — from slum landlords, from imposing gangsters, and from a lack of action — a priority, working with elders and neighbours to fight back through bylaw enforcement, community engagement, political pressure, and not a small amount of chutzpah.

That’s right: Sel Burrows has moved out of the yellow house, the place where the Point Powerline — the neighbourhood tip line that’s led to the shutdown of dozens of trouble houses — was conceived at the kitchen table. Where youth activists were just as frequent coffee guests as police chiefs and members of Parliament. Where the garden was overflowing with roses, marigolds and more roses.

“I have moved, but I am not leaving in any which way,” says Burrows, who’d been living in the house alone since Chris died — she never said “passed away” because it sounded like “passing gas” — in 2019 after a long illness.

And it’s not like he’s going to another country, just to Osborne Village, where he’s living in a condo with a new partner.

Before Chris’ death, the couple discussed what life would be like afterward for Sel. The house would be too big for him alone, he recalls Chris saying, and she turned out to be right: the past year and change were tough, living surrounded by all the memories, and Chris’ artwork, that made the house whole. Lots of tears, he says. It was a tough decision to move, but it was time.

“How dare he!” half-jokes his best friend Sandy Dzedzora, a North Point Douglas resident since 1984 and with the Burrows’ a co-founder of the Powerline. “I do not like that he’s moving, but I am so happy for him.”

Dzedzora got to know Burrows through community action, whether advocating for the local women’s resource centre, the restoration of Barber House, the city’s oldest residence, or the creation of a local day care. If something was happening, Burrows kept turning up. She called him a pitbull. Former MLA Gord Mackintosh called him his hero. In 2017, the lieutenant-governor called him by name as he received the Order of Manitoba.

When she moved into the neighbourhood, Dzedzora says, gangs ran the streets. She was intimidated, but not without hope for change. “I thought, ‘I’ll run you out of the neighbourhood before you run me out,’” she says. With the Powerline, that was often the exact case.

“There’s a real need for the inner city generally to exert their views and share what’s needed in the community.”– Sel Burrows

Burrows calls himself a willing mouthpiece for a cause — a safe community — that clearly resonated with neighbours. Throughout his decade-plus in the area, Burrows appeared hundreds, if not thousands, of times on local broadcasts and in local broadsheets, never shy, rarely quiet, and always forthcoming. His brand of activism became that of a liaison, a link between the powerful and those who felt powerless, who never talked up or down, only talked.

“Everyone knows Sel by name,” says Point Douglas MLA Bernadette Smith, who says his work has been a prime example of change coming from within, instead of without, a community.

A lot has changed over Burrows’ stay. In a 2017 profile of Burrows by the late Free Press writer Randy Turner, the activist estimated more than 200 crackhouses have been shut down with the Powerline’s help. Crime still exists, but has decreased considerably. And Burrows, who has always understood the potential of working with city police, has seen the good and the bad of the force play out.

The good, he says, is exemplified by the community support unit, who work closely with the residents, and in the work of three police chiefs he calls “decent” people. The bad, is “serious systemic racism” and major concerns over the police budget and role of officers in certain situations. For example, vulnerable persons checks, he says, should be conducted by social workers, not cops.

“There’s obviously massive, massive problems,” he says, treading carefully. But Burrows says understanding the power dynamic between activists and political types or law enforcement is vital in making change happen. This makes his outlook perhaps a little rosier than some might prefer — a radicalism rooted in some tough realism — but he truly believes it.

“There’s a real need for the inner city generally to exert their views and share what’s needed in the community,” he says.

While Burrows will continue to pop up in the community frequently, he says it’s clear a new generation of leaders, many of whom are Indigenous, is ready to take the baton — and has already been doing so for years — to keep the neighbourhood progressing: organizations such as Mama Bear Clan, Fearless R2W and the North Point Douglas Women’s Centre, along with youth activists, seem prepared to fight for the community and the North End as a whole as it encounters challenges new and old.

“(Sel) showed that we have the answers to solve so many of the issues we face right here in the community,” says Melissa Chung-Mowat, 34, a North Point Douglas resident since 2013. “When we have folks who take the lead, the biggest changes will happen from within.”

Burrows is by no means the first person to advocate for those changes, he says, pointing out the hard work that elders, Indigenous and non-Indigenous, did to lay the groundwork for change that organizations such as the Powerline have since built upon. North Point Douglas, though one of the city’s least wealthy communities, has also had an embarrassment of riches when it comes to passionate residents who believe in equity and social justice.

“One time we had a white supremacist in the neighbourhood and the whole street rose up against him,” says Burrows. “As ugly and despicable as what this man did, the whole street turned on him, and those are things I think come from the community feeling powerful.”

The power is still on, even if Burrows is no longer manning the switch. He says life in Osborne Village is different, with new wrinkles and situations to get used to, but since moving out of Point Douglas, he’s ventured back several times per week.

As for the big yellow house, Burrows was expectedly judicious in who he sold it to. No way was Sel going to sell to someone he didn’t trust. So a neighbourhood landlord — “a wonderful community person” — bought it, after years of indicating his interest in the property. “I knew his style,” says Burrows.

Now that he’s moved a few kilometres south, Burrows has found himself reflecting on the home he left. “It was a lifestyle. It was a hub for the community. It was a place of warmth and caring,” he says. “It was a hearth, not just a home.”

When he posted in the We Love Point Douglas Facebook group in January to share the news with neighbours and strangers alike, he was taken aback by the supportive messages and love he received.

“That will be a sad day for (Point Douglas),” wrote Garry Sharpe. “There are not enough grains of sand on the beach to thank you for what you have done for the people and neighbourhood. Enjoy your deserved retirement.”

Not everyone was sad to see him go. “I got feedback from one drug dealer they’re happy I’m leaving, which I thought kind of cute,” Burrows says.

“For the drug dealers and a few others who hate my guts,” Burrows ended his Facebook post. “Too bad. I may be moving, but I’m not leaving.”

The new owner of the yellow house is letting him keep working on the garden, tending his flowers and Chris’ favourite, roses. Once the snow melts, Burrows says he knows exactly where he’ll be, which is exactly where he’s always been: in the weeds, working away.

Firefighters who refused to treat woman still on the job 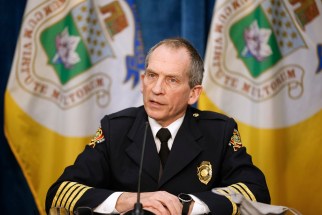 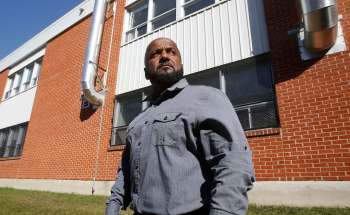 Pallister should ‘get out of the way’ 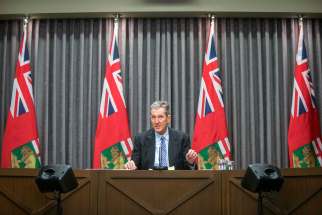 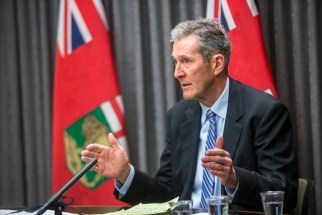 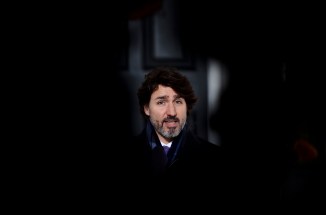 ‘I have moved, but I am not leaving’ 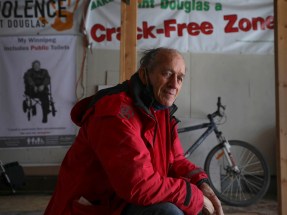 Jets left to wait for Dubois 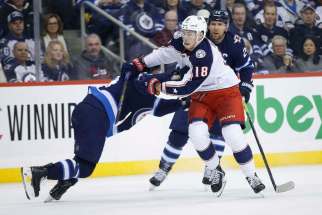 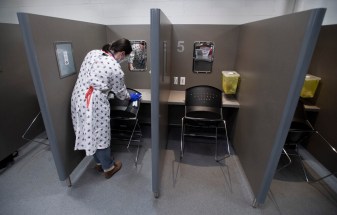