Rickson Makwe has overcome huge obstacles to make his way to Canada. His next one is starting a music career.

Rickson Makwe has overcome huge obstacles to make his way to Canada. His next one is starting a music career.

The 34-year-old native of the Democratic Republic of the Congo lost his eyesight when he was just 10 years old, after a bomb blast hit his school when he was playing soccer with friends.

A quarter of a century later, a long journey has brought him to Winnipeg, of all places, and led to the release of a new single, My Love, and a video that came out Feb. 10.

“I flew here March 8, 2017, and I landed in Winnipeg,” Makwe says. “People are so generous. You can’t imagine — it is very difficult for you to understand because you’re living here — but if you go to a different country you can see how Canadian people are so generous.

“I can walk around with my stick, and people ask me, ‘Hi, do you need help?’ That is a very wonderful story of Winnipeg.”

Makwe has mostly horror stories of Bukavu, the city where he grew up. It’s a border town in war-torn central Africa, just west of the boundary that separates DRC and Rwanda.

Most Canadians are familiar with the latter nation from United Nations peacekeeping efforts in 1994 during the Rwandan genocide. Makwe remembers it well too. He was only eight years old — he still had his sight then — and he witnessed the thousands of refugees streaming into Bukavu to flee the atrocities. He says he drew water from wells to help them.

Makwe’s school proved to be in the line of fire.

He spent time in hospital and eventually was taken to a school for the blind, but the Second Congo War, which began in 1998 and eventually led to the establishment of the DRC, led to Makwe having to go it alone.

“The time the second war starts, my family was going to pick me up,” Makwe says. “I was waiting there… and they couldn’t come. I don’t know what was happening to them. Other parents came to take their kids to flee and they picked me up and took me to their village.

At first he thought his family had fled to another country. He later heard stories from friends that his family were killed, but he hasn’t confirmed them.

Makwe learned to play the keyboards and to sing while at school but eventually he too had to flee as war raged on and atrocities continued.

“Every six months there’s a war, every time. I decided to leave my country,” he says. “I wanted to sing about equality and human rights. But all the things were so bad, so I flee.”

He was able to hitch a ride in a truck heading to South Africa, about 4,000 kilometres away.

“But we don’t have any passports. They just hid us in the truck and they took us to South Africa. They said you can be free here,” Makwe says.

Makwe applied for refugee status and lived in a church for a while, playing music there that gave him enough money to survive. Eventually he met other musicians and landed a job with a band — Makwe’s music is a mix of reggae, rumba and pop — and he lived in South Africa for several years, all the while learning more about music.

He was able to land a record contract, he says, but his refugee status prevented him from working and improving his career. He chose to leave the contract and South Africa behind and Canadian authorities allowed him to emigrate.

Makwe speaks French, an official language in DRC, but he didn’t want to move to cities such as Montreal or Quebec City because his lyrics are in English-based and he wanted to improve his English language skills.

“So they said they will look for a place that has some French and English. They called me, ‘You’re going to Winnipeg, it’s a big city.’ “

Makwe had to learn a new city, but he says blindness is just a part of his life and not a handicap.

“I’ve lived with blindness since I was 10 years old. It’s different for someone who (became blind) at 40 or 50. I have a lot of skills to live independent. I can cook, I can do laundry I can go to the store, I can do anything,” he says.

It took about a year when Makwe, armed with music he had written in Africa, was able to meet fellow musicians and make some headway in the Winnipeg scene. He played shows at the West End Cultural Centre in 2018 and 2019 and was scheduled to perform at the Park Theatre last October, but shows were cancelled, owing to yet another obstacle — COVID-19.

He applied for a grant through Manitoba Film and Music and that led to the video of My Love, which was filmed in the city last September that was produced and edited by Dr. Henry, the frontman and bassist of local afro-fusion group the Dr. Henry Band.

“I was shocked for the first time when I found out he was blind,” Dr. Henry, who away from the stage is Henry Onwuchekwa. “He said he wanted to work with me, but I thought that would be hard because I had not worked with a blind guy before. It was a little bit of a challenge but the key is to be patient.”

The video begins with a chance encounter between Makwe, who leaves a grocery store but drops a bag. A woman sees his stick and realizes Makwe is blind, and helps put the bag back in his hands.

“In my situation, there is no way for me to live in a good way if I didn’t accept this condition. I am so proud of that.” – Rickson Makwe.

Dr. Henry says they made the video by merging Makwe’s ideas with some of his own.

“At first he didn’t want to use his stick, but I told him to use it. People need to know that he is blind and this guy finds love,” Dr. Henry says.

During the shoot, Makwe asked what other actors looked like, what colours of clothes they were wearing and the colour of the surroundings before the cameras began to roll. From those descriptions, he says he was able to picture each scene in his mind.

As for whether making a video — a visual medium — while being unable to see sounds difficult, for Makwe it’s just another obstacle that he’s overcome before.

“In my situation, there is no way for me to live in a good way if I didn’t accept this condition. I am so proud of that,” Makwe says. 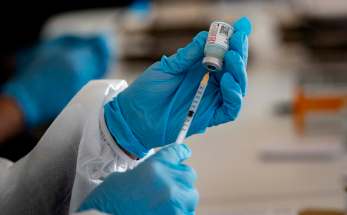 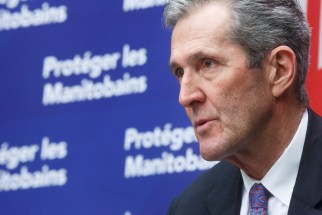 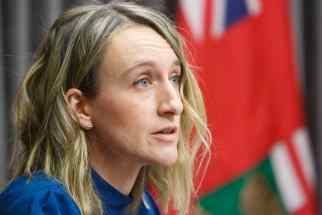 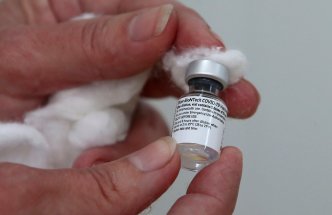 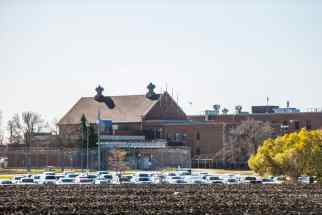 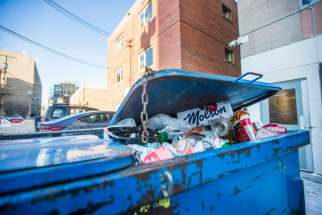 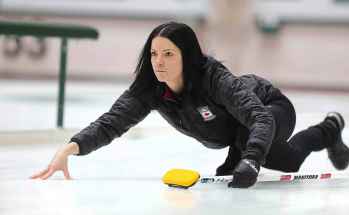 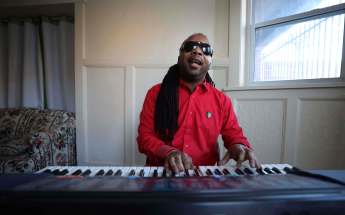 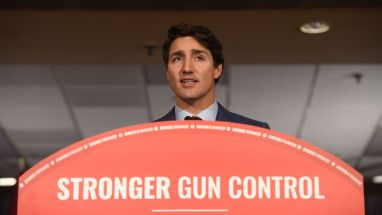