When Paul Rabliauskas hears elders speaking Anishinaabemowin, he gets a little bit jealous. He grew up around the traditional language, knew a few basic words and phrases, but to be able to speak it and carry a conversation like the people at the Poplar River band office? That’s something he’s always wished he could do, too.

When Paul Rabliauskas hears elders speaking Anishinaabemowin, he gets a little bit jealous. He grew up around the traditional language, knew a few basic words and phrases, but to be able to speak it and carry a conversation like the people at the Poplar River band office? That’s something he’s always wished he could do, too.

“There’s always been a little bit of shame when I think of the language,” says Rabliauskas, a stand-up comedian with an infectiously giddy personality, who lives in the northern First Nation. “Learning it was something I’d put off my whole life.”

Earlier this year, with live comedy on hold and no excuses, he decided not to delay his education any longer.

At his parents’ house in Poplar River, Rabliauskas sat down at the dining table across from his mother, Sophia, with a pair of wireless microphones, a cup of tea, and a lesson plan set up in front of them: together, they recorded the first episode of their podcast, “Paul Anishinaabemo (Paul Speaks Ojibwe)” — a project the teacher and the comic take seriously, with a healthy dose of humour interspersed.

“We talk in the podcast about how our language has this energy, and this spirit, and now, I see language around me a lot more clearly,” says Paul.

“The language is who I am,” says Sophia, 61, who learned the language orally at home from her parents and relatives in Poplar River. To her, passing the language onto the next generation is urgent.

“Over the years, I’ve heard people say that we’re at the brink of losing our language,” she adds, the result of centuries of colonization and a subsequent widespread devaluing of Indigenous language and tradition. “Teaching is not my profession, but as a speaker, I think it’s my responsibility to teach everybody that wants to learn.”

For years, Paul lived in Winnipeg, where he became a well-known and popular stand-up on the local comedy circuit. Two years ago, he moved back to Poplar River, a change that catalyzed his interest in learning Anishinaabemowin, which is also known as Ojibway.

With COVID-19 shutting down much of his comedy, and his social life, Paul says his parents were his only friends. “I became the annoying neighbour who stops by for free food and to do laundry now and again,” he says. (Sophia laughs in agreement).

But between meals and rinse cycles, Paul and Sophia, who’d taught Anishinaabemowin to young children and adults, started talking about the language. He’d bought wireless microphones for comedy, and he grew antsy, needing to perform or create something as the world remained in lockdown. Paul suggested he and Sophia become co-hosts of a podcast, sharing their lessons with whoever wanted to listen.

“I’d heard of podcasts, but I didn’t really know what they were. I try to steer clear of social media and that stuff,” Sophia says. But she came around. “I always say we need innovative ways to reach people, even just to get people listening to speakers of the language. We have the ability to do that now.”

Their on-air dynamic is equal parts sweet and hilarious, as they navigate topics like the springtime, terms of endearment, and family. “We’re slowing down for Paul’s sake,” Sophia says in the first episode. “Don’t coddle me for the podcast, mum,” Paul reminds her.

Paul is not alone in his pursuit of learning his traditions. In recent years, in-person classes have expanded across the country, while websites and apps have become potent tools for preserving and sharing language.

Those efforts are a continuation of work that was ongoing before the pandemic at growing the number of speakers of Indigenous languages. According to the 2016 census, there are 213,225 people for whom an Indigenous language is a mother tongue; fewer than 21,000 people were classified as mother-tongue speakers of Ojibway.

“(During COVID) the delivery of language learning has really expanded,” says Dene Sinclair, a consultant with the education centre working on strategic planning, who’s taken classes online throughout the pandemic.

“But there’s long been a growing desire and interest from the next generation in reclaiming Indigenous language and tradition.”

Sinclair has listened to “Paul Anishinaabemo,” and knows the Rabliauskases personally. “I love it,” she says. “They’re beautiful people, and they couldn’t be more opposite. So their dynamic is really fun and cute.”

The feedback, Paul says, has been enlightening. At work, people come up to him to teach him words, and Sophia’s heard families have gathered with grandkids to listen to their episodes. In all, the shows have been downloaded over 2,000 times.

“You can feel the excitement people get about rejuvenating the language, Paul says.

“I was always a bad student,” Paul says. “I can vouch for that,” says Sophia. “He always thought he could get by on charm.”

But on the podcast, Paul is a keen student, and Sophia is a patient teacher, taking her time to plan lessons carefully and explain everything in a non-judgmental way to her pupil.

“He’s picked up a lot,” she says. “I keep reminding him that to learn these words, we need to keep practicing. And to memorize them, we need to use them in day-to-day life. He’s doing well.”

“That was the best parent-teacher conference I’ve ever had,” Paul jokes.

With his mom’s help, Paul Rabliauskas wrote an intro to the podcast in Anishinaabemowin.

Hello, my name is Paul

Me and my mom 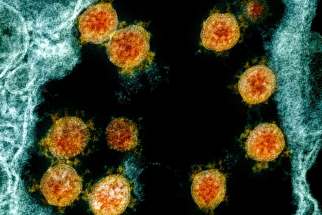 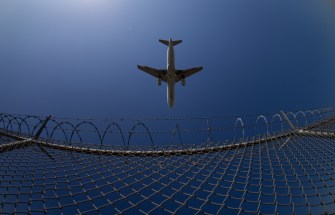 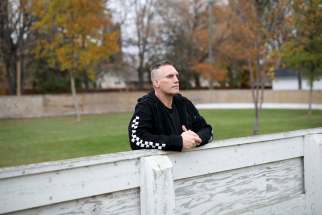 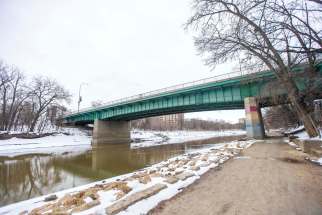 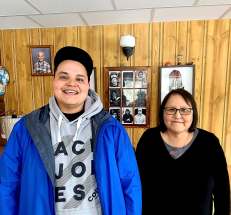 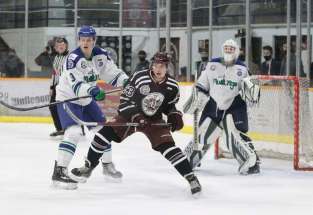 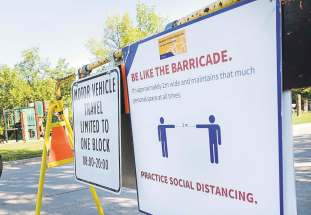