Courier Tyler Sholikovski makes lots of deliveries, but what he’s most proud of is what he isn’t making: tailpipe emissions.

Courier Tyler Sholikovski makes lots of deliveries, but what he’s most proud of is what he isn’t making: tailpipe emissions.

“I accomplish the same thing as other couriers, only I do it in a Nissan Leaf,” says Sholikovski, who founded Envirodel Zero Emissions Courier after years of reconnaissance and a pandemic-related layoff. “It’s all about being as efficient as possible.”

That’s his whole schtick, he says — the electric vehicle, which can get nearly 400 kilometres out of a single charge from a port in his garage. But it’s a good schtick: businesses are becoming increasingly aware of their environmental footprints and tire-prints, and by partnering with Sholikovski, they go down a greener road while getting a good bit of marketing out of it.

That green edge has, so far, attracted customers in nearly every sector, he says.

The idea for the business started about two years ago at home, where Sholikovski and his wife Kelsey, also an entrepreneur and owner of a clothing store, did “little things” such as composting, not using plastic bags, and buying eco-friendly products. When Kelsey was trying to get something couriered for her business, she checked to see if there was an eco-friendly option.

“She said there wasn’t, and that maybe someone should start one,” Sholikovski says. “Hmm. What an interesting thought.” From there, he jumped down a research rabbit hole, looking at vehicle specs and developing a business plan.

He saw that Manitoba’s greatest source for emissions was by far the burning of fossil fuels, which contributed 60 per cent of the province’s total greenhouse gas emissions in 2019. Of that 60 per cent, 40 per cent came from transportation, which is not only the movement of people, but the movement of goods and services. Across Canada since 2005, there has been a broad reduction of kilometres driven per vehicle, yet the total number of vehicles has increased by over 40 per cent, leading to more kilometres driven overall.

According to Statistics Canada, Manitoba’s greenhouse gas emissions rose by 10 per cent between 2005 and 2019, while the national emission level decreased by 1.1 per cent. And, says Climate Change Connection, the emission level in 2019 was 30 per cent higher than the target set out by the Kyoto Protocol, which should have been reached in 2012; emissions were at an all-time high in 2018, and nearly as high in 2019.

At the time of Kelsey’s suggestion, Sholikovski was working a job that left him feeling unfulfilled, selling commercial insulation. It was the latest vocation in a long line that left him feeling that way, and when the pandemic came, he was worried: would his long-gestating idea be squashed before it even came to fruition? Would anybody even shop now if they were out of work? Would anybody care if his car puttered down Portage without a puff of exhaust behind it? Would he still even have his unfulfilling job?

Well, he was right about a few things and wrong about others. He was indeed laid off in the summer before returning to work in the fall. However, people kept shopping (oh, boy, did they keep shopping), the environmental movement continued to influence businesses, and with the pandemic forcing those firms to promote home delivery, couriers remained a hot commodity, putting even more strain on the environment as a result.

He took that all as a sign, and decided to leave his job and start Envirodel, calling up friends and contacts to see if they were looking for a new courier service.

“Early on, I was doing all the calling,” he says, reaching out through various channels to get some clients. Slowly but surely, people started picking up what he was putting down. Now, they call him.

One of the first clients, aside from Kelsey’s shop Margot + Maude, was the Corydon Animal Hospital, which sends lab samples to the veterinary laboratory at the University of Manitoba. Brenley Mikolajek, the hospital’s project manager and a friend of Sholikovski’s, says the courier service is used at least three times per week, while other bigger clinics have caught on, too.

“Obviously it’s great for us to support a small business that cares about the environment,” she says. “And a little selfishly, it shows up really well for the clinic. We can show that these are the steps we’re taking to be greener, and clients really respond to that.”

As is often the case, a zero emissions vehicular courier (bike couriers aren’t new) existed elsewhere before Winnipeg, says Sholikovski, with companies in Canada operating in Kitchener-Waterloo and on Vancouver Island. It’s a concept that has existed in European cities for years, especially in the United Kingdom and Scandinavia.

Swedish giant IKEA announced earlier this year that the company would be partnering with Canadian logistics company Second Closet and Quebec-based electric vehicle manufacturer Lion Electric to offer no-emission home deliveries in Boucherville, Que., Etobicoke, Ont., and Richmond B.C., this fall, with a goal of 100 per cent zero emission deliveries by 2025. “There is no word yet on whether their drivers will have to assemble (the vehicles) first,” wrote Jil McIntosh on driving.ca.

That all gave Sholikovski assurance the idea would work here, with a dense urban population and a suburban/exurban population that’s still well within range of a growing number of charging stations.

It also showed that counter to some fears, electric vehicles can handle cold climates, though the charges don’t last quite as long at -30 C. And if he has to charge mid-day, which is rare, it’s not wasted time: for half an hour, he whips out his laptop and cellphone and does work from the driver’s seat, catching up on clerical work and checking in with clients.

Still, the number of electric vehicles is growing at a considerable rate. In 2017, 21 battery electric vehicles were registered in Manitoba, in 2018, 73, in 2019, 149, and in 2020, 211, all paltry figures compared to Quebec, Ontario, and B.C., provinces that offer, or did offer, generous government rebates for electric-vehicle purchases.

Recently, a number of manufacturers have launched electric vehicles in the crossover segment — Volkswagen ID4, Kia Niro EV, Ford Mustang Mach-e, among others — that should drive more interest in EVs. In 2020, crossovers comprised 82 per cent of the Canadian market, while most EVs to that point were sedans or hatchbacks, vehicles that don’t gain much traction even when burning fossil fuels. Selling EVs as vehicles people actually want to buy should make it easier to grow the market.

Sholikovski is hoping to add to that Manitoban number in the coming months, looking to acquire a second vehicle and eventually grow an enviable fleet that’s carbon-negative.

“Right now, it’s just me driving,” he says. “That’s not something I can do forever with more and more stops.”

He has to be efficient, after all. 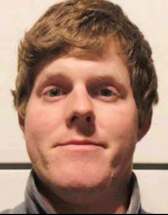 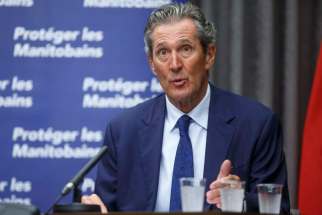 Revenge of the shopper 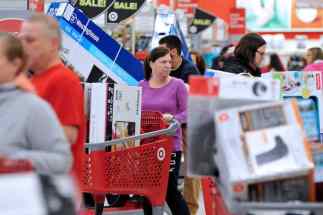 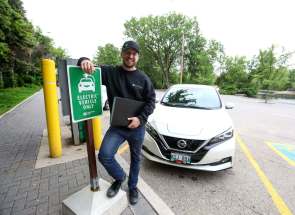 Big Blue excited to get back to work 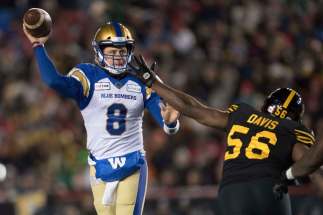 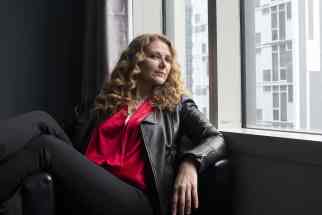 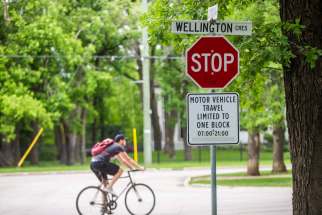