On with the shows After 18 long months real, live theatre is ready to return – with audiences in the seats By: Randall King Posted: 7:00 PM CDT Thursday, Oct. 7, 2021

In a theatre. With a roof.

Be stalwart people. It will happen.

It was in March of 2020 when the Prairie Theatre Exchange production of By Grand Central Station was cut short, and the Royal Manitoba Theatre Centre’s production of A Thousand Splendid Suns was scrapped by the COVID-19 crisis. Since then, for the better part of two years, Winnipeg’s theatre scene has been subject to a sustained class in the art of improvisation, with productions cancelled or performed remotely, or in open air, or even produced in people’s backyards.

Notwithstanding the possibility of a destructive fourth wave exacerbated by the stubbornly unvaccinated, a real theatre season is in the works for 2021-22. Yes, audiences may be limited to ensure social distancing, or wear masks, but the season promises to get as close to normal as we’ve seen in the past 18 months.

Orlando (Nov. 25 — Dec. 18) is the season-opener for the RMTC. The Virginia Woolf adaptation by Sally Ruhl promises to be full of “wit and wonder” according to its director (and RMTC artistic director) Kelly Thornton. Orlando is the story of a poet who changes sexes from man to woman and lives for centuries, from Elizabethan England to Woolf’s own early 20th century.

“A lot of the shows that I have programmed this year are about making people laugh,” Thornton told the Free Press. “We need to laugh because we’ve had a hard time and it’s an incredibly witty piece. But it’s also got a lot of meat on the bone.”

Thornton adds the show “requires a lot of stage magic and theatrical imagination that deliver the thrills unique to live performance.”

“I think the audience needs to be reminded the live theatre is not the same as sitting on your couch and watching Netflix,” she said.

The Lifespan of a Fact (Feb. 10 — March 5), by Jeremy Kareken & David Murrell and Gordon Farrell, based on the book by John D’Agata and Jim Fingal, directed by Audrey Dwyer. A play that rings pertinent in the era of unprecedented media biases, it centres on a real-life debate between a magazine fact-checker and a celebrated essayist. “It’s super-funny and super-smart,” Thornton says.

Calpurnia (March 24 — April 16), by Audrey Dwyer, directed by Sarah Garton Stanley, is the sole survivor of the cancelled 20-21 season, scripted by RMTC associate artistic director Dwyer. The comedy centres on Julie, a black filmmaker at work deconstructing the racist assumptions that lie beneath Harper Lee’s novel To Kill a Mockingbird, especially as they pertain to the fictional Finch housekeeper, Calpurnia.

“It’s quite outrageous,” Thornton of the show, which she produced in Toronto at her former company, Nightwood Theatre. “I feel like Audrey has revealed some uncomfortable truths with some hilarious situations.”

The Rez Sisters (May 5 — 28), by Tomson Highway, directed by Tracey Nepinak. Thornton programs Highway’s most produced play to end the mainstage season. The story of eight women on a wroad trip from the Wasaychigan Hill Indian Reserve to Toronto — and the “world’s biggest bingo.” It will represent the biggest cast of the season, populated with a Who’s Who of homegrown Indigenous actors, if director Tracey Nepinak has her way. “It’s going to be a big Manitoba celebration, a kind of coming-home story,” says Thornton.

RMTC’s space at the Warehouse will see two “presentations” from visiting theatre companies next year. Sea Sick (March 3-19), written and performed by Alanna Mitchell, is presented by Toronto’s the Theatre Centre. Addressing the crisis facing the world’s oceans, the play in the centrepiece of Thornton’s second iteration of the Bridge: A Festival of Ideas, this time addressing the theme “Our Only Earth.” (The inaugural Bridge streamed earlier this year on the theme of “Art and (Re)Conciliation” curated by Kim Wheeler, an Anishinaabe/Mohawk writer and producer, who will be returning as festival curator of the event March 3-6 in 2022.

Also playing at the Warehouse is The Runner (March 31 — April 16), another holdover from Thornton’s originally planned first season at the Warehouse. Scripted by Christopher Morris, it’s about an Israeli ZAKA volunteer (a member of an emergency response team) who, in a moment of crisis, opts to save the life of a Palestinian suicide bomber instead of a soldier, and finds his life changed. It was the winner of the Dora Mavor Moore Award for outstanding new play in 2019.

During the pandemic, PTE arguably had the most successful season with its excellent show Post-Democracy, by Hannah Moscovitch, justly voted the most outstanding digital production at this year’s Evie awards. It’s no surprise PTE is maintaining its digital presence in the upcoming season.

PTE’s first show, The War Being Waged by Darla Contois, is divided between live performances (Nov. 4 – 21) and a digital option (Dec. 2 – 21). Winnipeg-based playwright Contois delivers this world première, commissioned by PTE artistic director Thomas Morgan Jones shortly after his arrival to PTE in 2018. Produced in partnership with Native Earth Performing Arts, the play is divided into three segments, each depicting a member of three generations of an Indigenous family. “It also takes on three performance genres,” Jones said. “The first part is a monologue. The second part is poetry, which is voice-over by Tantoo Cardinal. And then the third part is a solo dance piece.”

One of two holdovers from the cancelled previous season, Bad Parent (March 24 – April 10), is world première from Kim’s Convenience playwright Ins Choi, a co-production with Vancouver Asian Canadian Theatre (vAct) and Toronto’s Soulpepper Theatre Company. Performed live, it’s a comic portrait of a couple struggling with questions of identity in relation to their new roles as parents.

Playwright Tara Beagan’s Deer Woman (April 20 – 24) is a digital presentation of a co-production of Calgary’s Article 11 company in partnership with Downstage. It promises revenge thriller intensity in its story of Lila (Cherish Violet Blood), an Indigenous woman with a talent for hunting and military skills, vowing vengeance for her younger sister’s murder.

The second holdover from last season is the entirely live show Outside Joke: The Improvised Musical (May 5 – 22). This world première sees Winnipeg troupe Outside Joke expand their usual fringe-style show into a full-length, two-act improvised musical. It was a leave-’em-laughing choice for Jones to give this beloved local theatre institution another shot at extended play.

25 Questions for a Jewish Mother (Nov. 15 – 28), by Kate Moira Ryan and Judy Gold, is a digital production starring Diane Flacks (with guest appearances by a dozen mothers from Winnipeg’s Jewish community) examining the primary question of what makes Jewish mothers so lovable.

Queens Girl in the World (Feb. 3 – 13) by Caleen Sinnette Jennings, reflects Jennings own past as a Black girl attending a predominantly Jewish private school. Directed by Cherissa Richards, it will be performed live.

The Flying Lovers of Vitebsk (June 9 – 19) is another live production, the Canadian première of a play by Daniel Jamieson about the romance between artist Marc Chagall and his wife Bella, deemed one of the art world’s greatest love stories.

SHAKESPEARE IN THE RUINS

Currently, SiR’s productions are all digital until next summer.

Shakespeare’s Will (streaming Nov. 19 – Dec. 5) is a re-imagined remounting of the Shakespeare-Fest hit by playwright Vern Thiessen, directed by Eric Blais and performed by Debbie Patterson. Centred on the travails of Shakespeare’s wife, Anne Hathaway, who tells her story with a sandbox, using inanimate objects as props and characters. Patterson, who uses a wheelchair, had a hand in “cripping the play” to integrate the wheelchair into the production.

Originally intended for a fall release, SiR’s Macbeth, co-directed by Michelle Boulet and Sarah Constible, features some 40 local actors, including Ray Strachan as Macbeth and Julie Lumsden as his calculating wife, “Lady M.” It will now be screened at a still-unannounced theatre venue in February of 2022.

The Adventures of Alvin Sputnik: Deep Sea Explorer (Oct. 12 — 24), is a production by The Last Great Hunt, out of Perth, Australia, recommended for audience nine and older. The post-apocalyptic adventure posits a world that can only be saved by Alvin, who must venture to the bottom of the ocean to find his wife’s lost soul and save humanity.

The Snail and the Whale (Nov. 8 — 21) is an MTYP and Tall Stories of London production based on the award-winning picture book by Julia Donaldson and Axel Scheffler, in which a tiny sea snail hitches a lift on the tail of a great big, grey-blue humpback whale. When the whale gets beached, it’s up to the snail to save him. Recommended for ages three to seven.

The outdoor theatre in Kildonan Park looks like a safe bet with two productions designated for the summer of ‘22. A mix of old and new, the shows include The Hockey Sweater: The Musical (June 30 — July 17), a musical adaptation of the classic short story by Roch Carrier by Emil Shur and Jonathan Monro.

Going full classic is their production of The Wizard of Oz, (Aug. 18 — Sept. 4), featuring music from the beloved 1939 movie. 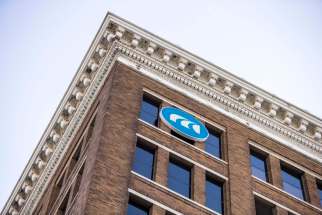 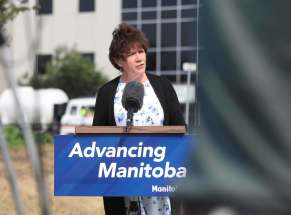 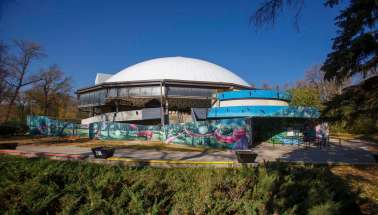 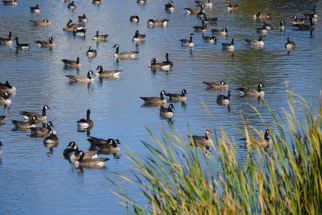 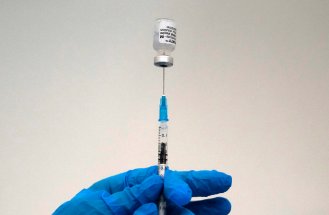 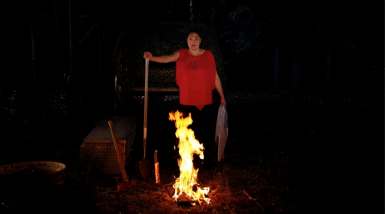 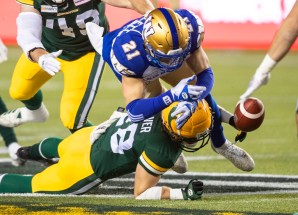 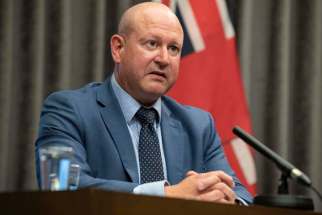