When Bob Irving picks up the phone, there’s no mistaking that voice.

When Bob Irving picks up the phone, there’s no mistaking that voice.

It’s soft and strong, animated yet subdued, gentle and authoritative. It’s not something he learned; it’s just how he talks. You can’t teach an offensive lineman to be bigger. You couldn’t teach a voice to hit the ear exactly like Bob Irving’s does.

It’s the same voice he’s been using for 48 years to call Winnipeg Blue Bombers football on the radio. He uses it to describe what he’s seeing to people who aren’t watching, who are driving on highways or sitting on porches, fiddling with their dials to find CJOB. It’s not just the voice: it’s the words he uses, and the sense that if anything important happens, he will tell you. That’s his job.

Soon it won’t be.

On Sunday, Irving, 71, will walk into the broadcast booth. He will unpack his notes, along with five or six different coloured pens. He will put on his headset and look down at the green turf to watch the Blue and Gold take on the Saskatchewan Roughriders in the Canadian Football League Western Division final, with a berth in the Grey Cup championship on the line. He will do for the final time what he has done for two thirds of his life. He is retiring.

“I simply say when you’re doing play-by-play, you describe what you see and you paint a picture for the listener, so they can see the game through your voice,” he hums. It’s harder than it sounds, but in his voice, it sounds easy.

How did he end up here? He was born in Regina, a Roughrider fan thanks to proximity and to George Reed and Ron Lancaster. He played baseball and hockey, idolized New York Yankees Roger Maris and Mickey Mantle, and on the ice, Bobby Hull. “Athletically, I wasn’t very gifted,” he says.

So he started in the minor leagues of radio: at 19, he was hired at CJSL in Estevan, Sask., before moving to CKX in Brandon, where for three years, he was a disc jockey waiting for his chance.

His call-up to the big leagues happened in 1973, when he was hired at CJOB. He had no idea what they’d make him talk about, but it ended up being football, on broadcasts with former Bomber quarterback Ken Ploen and eminent columnists “Cactus” Jack Wells and Jack Matheson.

“I was intimidated,” recalls Irving, who also served as sports director at CJOB/Power 97 and hosts the pre- and post-game shows. “There I was, surrounded by these greats.”

Over time, he became one: his voice told the story of more than 800 Bomber games, his CFL Hall-of-Fame career spanning from the days of Dieter Brock to the days of Andrew Harris and Zach Collaros. In an industry as nomadic and unstable as broadcast journalism, staying put for half a century has always been unlikely. What is even rarer is to remain in place for that long without losing the passion, or the skill, that got you there in the first place.

He wanted to retire before he lost it, and Doug Brown, his co-host and a former defensive standout for the Blue Bombers, insists Irving is still as good today as ever.

“He’s as meticulous about his craft as anyone who is at the top of their game has to be,” says Brown, born in 1974, one year after Irving’s first CJOB broadcasts. No words, statistics, or anecdotes that come out of Irving’s lips on game day found the tip of his tongue by accident.

It has been a silent summer for Bob Irving, but the broadcaster is certain the Bombers will bounce back

You’ll have to excuse Bob Irving, the longtime radio voice of the Winnipeg Blue Bombers, if he’s feeling a bit out of sorts this weekend.

With the 2020 Canadian Football League season having been shelved owing to COVID-19, Sunday will mark just the third time since 1975 — the year he was named CJOB 68’s play-by-play announcer for Blue Bomber games at the tender age of 25 — that Irving won’t be in Regina covering the annual Labour Day clash against the arch-rival Saskatchewan Roughriders.

The Bombers and Riders didn’t hook up on Labour Day in 1981 due to a scheduling glitch, Irving recalls, seated in his sunroom on a picture-perfect afternoon, steps away from where one of his and wife Daye’s seven grandchildren is cavorting in the shallow end of a backyard swimming pool. As to why he missed the 2002 “Classic,” well, he had a pretty good excuse: he was in the hospital recuperating from open-heart surgery.

“That was the year Rocky Butler filled in for the Riders at QB,” he says, turning off his phone so as not to be interrupted. “Doug Brown, my on-air partner, played in that game and likes to joke how he still can’t believe the Bombers got beat by (bad word) Rocky Butler.”

“He goes to practice. He speaks with the players every day. He compiles the interviews for the pregame show. He gets to know the players who are the subject of his description,” says Brown.

“He asks all the right questions, and in the booth, he’s got notes. They almost look like a map of the world: the rosters, the depth charts, the anecdotes. He’s got five or six different coloured pens that mean different things only to him,” Brown says. “His prep sheet would rival any offensive co-ordinator’s call sheet going into a game.”

Brown has thought about what Irving’s retirement means. The broadcast will never be the same. To try and imitate him next season would be “an exercise in futility,” Brown says. “It is a ludicrous proposition for anyone to try to be Bob Irving. I’ve tried for 10 years and I am not even close. You can never be him. You have to be yourself.”

That explains why Irving is held in such high-esteem: authenticity. In an era where it feels as though someone has to be all things to all people, Irving does not seem like he is putting on a show for anyone. In an industry where finding an identity can be a golden ticket for up-and-comers, Irving didn’t have to search long or hard to find his.

“Your style becomes your style, and it is who you are,” he says. “Beyond that, I don’t know what to say. I’ve never tried to emulate, mimic, or sound like anybody else. I just let it occur naturally, and let it turn out the way it turns out.”

He will do it one last time Sunday. He will unfold his map of notes. He will take out his coloured pens. He will put on his headset, and he will paint a picture for the listeners, so they can see the game through his voice.

He will then exit the booth, and he will take his voice elsewhere. 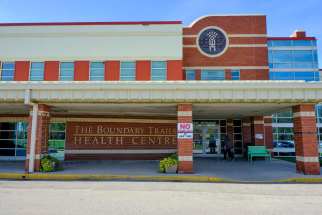 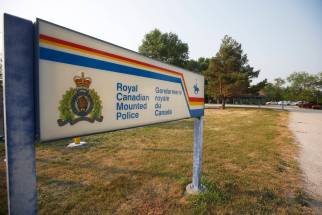 Out with the bizarre, in with the traditional 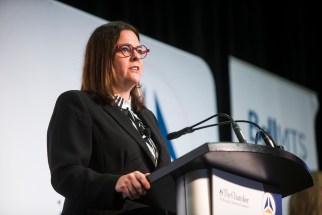 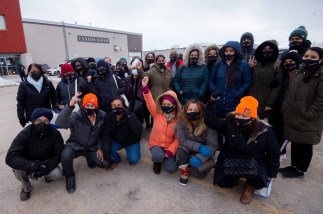 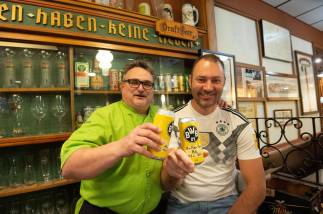 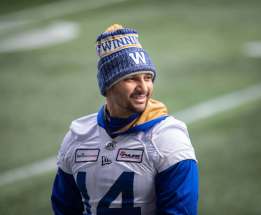 Last play of the game 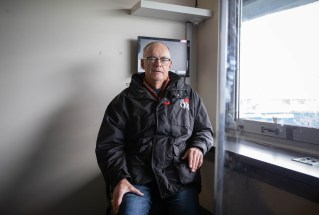 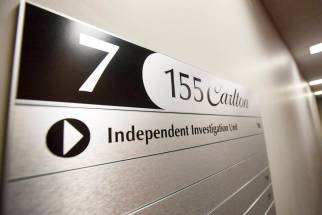