Marla Aronovitch is the Marla behind Marla’s Puzzle Pantry, a home-based venture that markets jigsaw puzzles sourced from across North America, everything from 20-piece kids’ starter sets to 6,000-piece enigmas that cover nearly 20 square feet of real estate when all is said, done and snapped together.

Marla Aronovitch is the Marla behind Marla’s Puzzle Pantry, a home-based venture that markets jigsaw puzzles sourced from across North America, everything from 20-piece kids’ starter sets to 6,000-piece enigmas that cover nearly 20 square feet of real estate when all is said, done and snapped together.

Since founding her brain-teaser of a biz in 2018 Aronovitch, who in her day-to-day life is the director of operations and grants for the Jewish Foundation of Manitoba, has learned there are as many different ways to tackle a puzzle as there are varieties available.

Take a married couple she met recently, who informed her they adopt a divide-and-conquer approach, which sees each of them pounding away at their half of a puzzle exclusively, before hooking up in the middle. Or those who prefer to solve theirs “blind,” by setting aside any provided images meant to guide them along.

“I even talked to a woman who said her husband finds it amusing to snag pieces from her puzzle table,” she says, seated in a Southdale coffee shop, blocks away from where she just finished dropping off an order for a regular customer.

“Then, when she’s nearing the end and discovers she’s missing some, he comes swooping in, as if he’s saving the day, to complete it for her. I mean, talk about cruel and unusual punishment.”

While Aronovitch is positive she “puzzled” as a kid growing up in Garden City, the first jigsaw she recalls assembling with any degree of certainty was one from 23 years ago, when she was pregnant with the eldest of her two sons. It was a long weekend, she was bored out of her mind — “When you’re eight months pregnant, it’s not like you’re going out for a jog or throwing on your bathing suit and heading to the beach; at least I wasn’t,” she says with a laugh — so she brought home a puzzle depicting a seascape, “all dolphins and such,” from Walmart.

While Aronovitch is positive she “puzzled” as a kid growing up in Garden City, the first jigsaw she recalls assembling with any degree of certainty was one from 23 years ago, when she was pregnant with the eldest of her two sons.

She kept at it for a few years, picking up a new specimen every few months. As her sons grew older, however, and she found herself running them from one activity to the next, she put her hobby on hold. Sure, they’d build one as a family if they went to the lake for the weekend, except that was about it until five years ago, when she suddenly found herself admiring photos of completed puzzles a friend of hers was regularly posting on Instagram.

After borrowing a few from that particular pal, she went online to investigate what else was out there. A ton caught her eye. She did a bit more digging and discovered it was cheaper in the long run to order a few dozen versus one or two. Of course, she didn’t need that many all at once, so she approached friends of hers who operated a lingerie store on Stafford Street to see if they were interested in carrying her surplus puzzles there, which they were happy to do. (That’s right, one could now purchase a jigsaw and a G-string at the same time.)

“It would have been around the summer of 2018, when they started selling my extras,” Aronovitch says, counting back the years on her fingers. “Then, that fall, one of them encouraged me to put myself out there, by doing vendor markets, too. It was a whole new world to me but I ended up attending four or five during the buildup to Christmas, and I couldn’t believe the reception I was getting.”

Aronovitch registered her business name in January 2019. She continued hitting markets around her nine-to-five schedule, almost always out of town. The reason for that was simple. While there are umpteen retail places in Winnipeg that stock puzzles, she found the choice diminishes significantly as soon as you get past the Perimeter. It reached a point where there were lineups at her table whenever she showed up in, for example, Lac du Bonnet, Winnipeg Beach or St. Malo, packed with people hoping she’d brought along something they’d spotted on her website.

Aronovitch took part in a pop-up sale in Beausejour in March 2020, days before the Manitoba government announced the first set of restrictions that were meant to help slow the spread of the coronavirus. She wasn’t entirely prepared for what happened next.

Practically overnight, puzzles joined toilet paper, bleach and Kraft Dinner as pandemic must-haves. Orders galore poured in, to the degree Aronovitch had to pivot quickly by figuring out a way to offer curbside pickup at her home, in addition to delivering puzzles to customers without access to a vehicle.

“Within a month of everything shutting down (in April 2020) I did over $5,000 worth of sales, which was absolutely huge for me, considering I was doing between $300 and $600 in sales at the average vendor market,” says Aronovitch, who currently carries 12 different brands of puzzles, as well as accessories such as plastic sorting trays for stray pieces, roll-away mats for in-progress puzzles and — our favourite — his and hers puzzle socks. (Initially, the types of puzzles she was bringing in appealed primarily to women, but as guys continued to inquire about car puzzles or sports puzzles, she began offering more male-centric ones, as well.)

To help keep up with demand, Aronovitch signed up with Good Local shortly after Obby Khan, owner of Shawarma Khan and Green Carrot Juice Company, helped establish the online shopping platform in the fall of 2020. Was the ex-Winnipeg Blue Bomber taken aback by how many puzzles were going out the door? You bet, he says.

“Marla was, for sure, one of the first dozen vendors on board with Good Local and yes, I was totally surprised by the tremendous support and orders she received… and she has not slowed down since,” Khan says. “We love it when she drops off boxes and boxes of puzzles every week. They are the perfect quarantine, COVID, family time, chill time, minus-40 time and everything-else activity. Plus, I love me a good puzzle; they’re a great way to relax and spend some quality time with my son.”

About that; Aronovitch says she “absolutely loves” it when parents approach her table with a toddler in tow, and announce they want to get their child started on puzzles.

“For me, it’s all about getting kids away from a computer screen for a few hours, and letting them use a part of their brain in a different manner,” she says, adding she’s about to unveil a new line of Indigenous-themed puzzles, which she just finished testing for durability and degree of difficulty.

“I was at a sale one time when a father showed up with his three sons, ages seven, eight and nine. He looked at them and said, ‘Boys, we’ve hit the motherlode,’ before telling me I was the only reason they’d come to that particular sale.”

By the way, if you’re the sort who starts a puzzle at the edges or corners, you’re not alone. Aronovitch takes the same approach, along with setting pieces of the same colour aside. She also has a ritual she follows whenever she completes a puzzle, in that she leaves it alone for a few days, before she breaks it apart, and places the pieces back in the box.

“It’s the same rule I have with books, where I can’t simply pick up a new book after getting to the end of one; I like to let the characters dance around in my head for a couple days,” she says. “So yes, I like to keep the puzzle where it is for a while longer, and allow it ‘live’ a bit.”

Before leaving, Aronovitch smiles, mentioning Marla’s Puzzle Pantry definitely isn’t some get-rich-quick scheme, after she factors in how much she spends on gas to hit markets all over the province, or what she pays for shipping to send puzzles to customers as far away as Vancouver and Los Angeles. She’s more than fine with that though, given the emotional, versus monetary, rewards she receives on a near-weekly basis.

“Everybody has a story about puzzles, it seems,” she says, adjusting a colourful face mask boasting an image of — what else — a slew of puzzle pieces. “I can’t tell you how many times I’ve done a market where a person starts a conversation with, ‘I remember making my first puzzle with my grandma or grandpa,’ which never fails to warm my heart.” 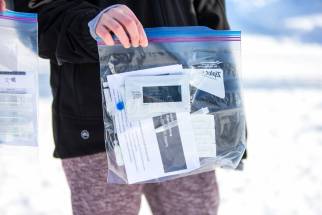 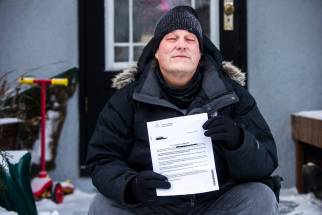 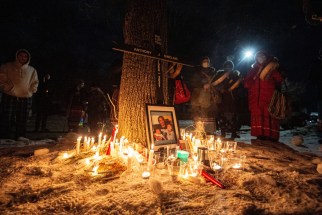 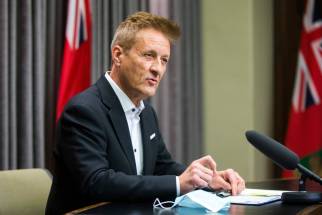 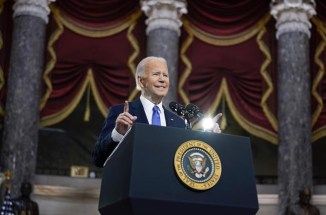 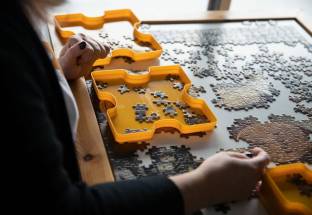 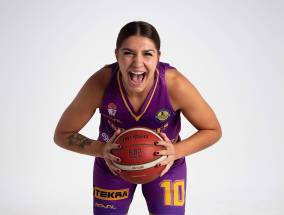 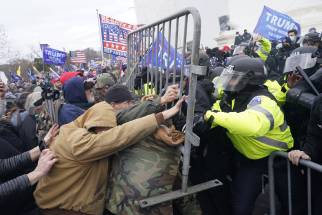