André Lewis, the Royal Winnipeg Ballet’s artistic director and chief executive officer, was in Ottawa with the troupe for its Dec. 3-5 performances of Nutcracker when he first heard the rumblings of the contagious COVID-19 variant.

“We had five sold-out shows, 10,000 people. Standing ovations after every performance. Wow, we’re back, we’re OK, we can do this now,” he remembers.

“We were hearing slightly about some Omicron, but it was very small and it wasn’t going to really affect anything, but by the time we got to Winnipeg, our last two shows, we cancelled.

Lewis and the RWB were in the nation’s capital in December 2019 when he first heard rumblings about a strange new coronavirus from Wuhan, China.

”I said to one of our Chinese dancers, ‘I’ve been to Wuhan; we performed there years ago,’ ” he says. “But I never for an instant imagined it would make its way all across the world.”

Manitoba Opera presented The Telephone and La Voix Humaine and Prairie Theatre Exchange staged a world première of Darla Contois’s The War Being Waged in November. The RWB and the Royal Manitoba Theatre Centre followed strict protocols to keep artists, staff and audiences safe while rehearsing for December showings of Nutcracker and Orlando, respectively.

The Winnipeg Symphony Orchestra performed a variety of classical and pops concerts and its musicians rehearsed for Nutcracker as well, as much a holiday tradition for the orchestra as it is for the RWB.

“It was such a wonderful fall, and it was so gratifying and so successful, good numbers and safe performances and all the rest,” Angela Birdsell, the WSO’s executive director, says.

“And of course, starting Dec. 26, with the third performance of the Nutcracker, it’s been disappointing,”

Boxing Day proved to be a gut punch for the arts in Winnipeg. That night’s performance of Nutcracker was the end of the show’s run, and along with it much of Winnipeg’s live entertainment scene for January 2022 and the weeks ahead.

RMTC announced on Jan. 14 it would forgo its Feb. 9-March 5 production of The Lifespan of a Fact and a regional tour of Chase the Ace. The WSO has shortened and adjusted its annual Winnipeg New Music Festival, which has concerts scheduled for Tuesday, Wednesday and Friday nights at the concert hall — for 250 ticketholders each, the maximum allowed under provincial regulations — and on its mywso.tv streaming platform.

The fate of other winter and spring shows, such as RWB’s Sleeping Beauty (Feb. 23-27), Manitoba Opera’s La Cenerentola, Rossini’s operatic take on Cinderella (April 2, 5 and 8) or PTE’s Bad Parent (March 23-April 10) remains a mystery as Omicron’s future is having the final word.

While the viral scenarios are the same, two years’ experience with COVID-19 has given Winnipeg arts groups hope they can withstand the blizzard of bad news that has matched the January weather.

“I think what’s different is we’ve learned things from the past experiences,” says Thomas Morgan Jones, PTE’s artistic director. “For us, it’s about a laser focus on how we care for all of the communities we serve. There’s all of us in the theatre, then there’s all the artists we work with in the community, and there’s the audience.”

PTE’s upcoming show, Bad Parent, by Kim’s Convenience creator Ins Choi, is a collaboration with the Vancouver Asian Canadian Theatre and Soulpepper Theatre Company in Toronto. It will go on either at its scheduled date or sometime in the future, Jones says, adding the company also has more digital projects in the works.

“Our main focus moving forward is to keep telling stories and to keep employing artists and to keep sharing work with audiences,” he says.

Politicians and some medical experts have said people must learn to live with COVID-19, and in their own way, Winnipeg’s arts companies are doing exactly that. Rehearsals for RWB’s Sleeping Beauty continue in preparation for the scheduled opening next month amid Omicron’s obstacles.

“I know we’ve had cases, people have gone into isolation, which means they cannot rehearse or support as admin or as faculty in the school or in the company,” Lewis says. “You worry, ‘Has this dancer contracted (the virus) from someone else in the company, or has he given the virus to someone else?’ Everybody is a bit on edge because of that.

“At the same time, a dancer’s career is so short. Two years is significant for many of them.”

The WSO has been able to adjust the size of its orchestra and relied on streamed concerts to reach audiences — actions orchestras avoided in the past that have become lifelines during the pandemic.

“Both those things, the flexibility and the digital, are pieces that were forced on us and other orchestras. It’s almost like you don’t know what you can do until you have to do it,” Birdsell says.

”The fact that our audiences have been so understanding and, in fact, so in agreement makes me reassured. We’re not getting people saying ‘What? You’ve cancelled the show!‘ ”– Camilla Holland, RMTC’s executive director

Reports from the United Kingdom suggesting Omicron has peaked in that country should give hope to arts lovers here, says Camilla Holland, RMTC’s executive director.

In the meantime, she is asking audiences to keep up the patience they’ve shown in the face of reschedulings and cancellations.

”The fact that our audiences have been so understanding and, in fact, so in agreement makes me reassured,” she says. “We’re not getting people saying ‘What? You’ve cancelled the show!’

“I’m just so hopeful that while we may not experience in January the culture that this town is known for, maybe by mid-February — I’m thinking about Festival du Voyageur, I’m thinking about all the extraordinary winter events that make this city beautiful — I hope they are able to proceed.” 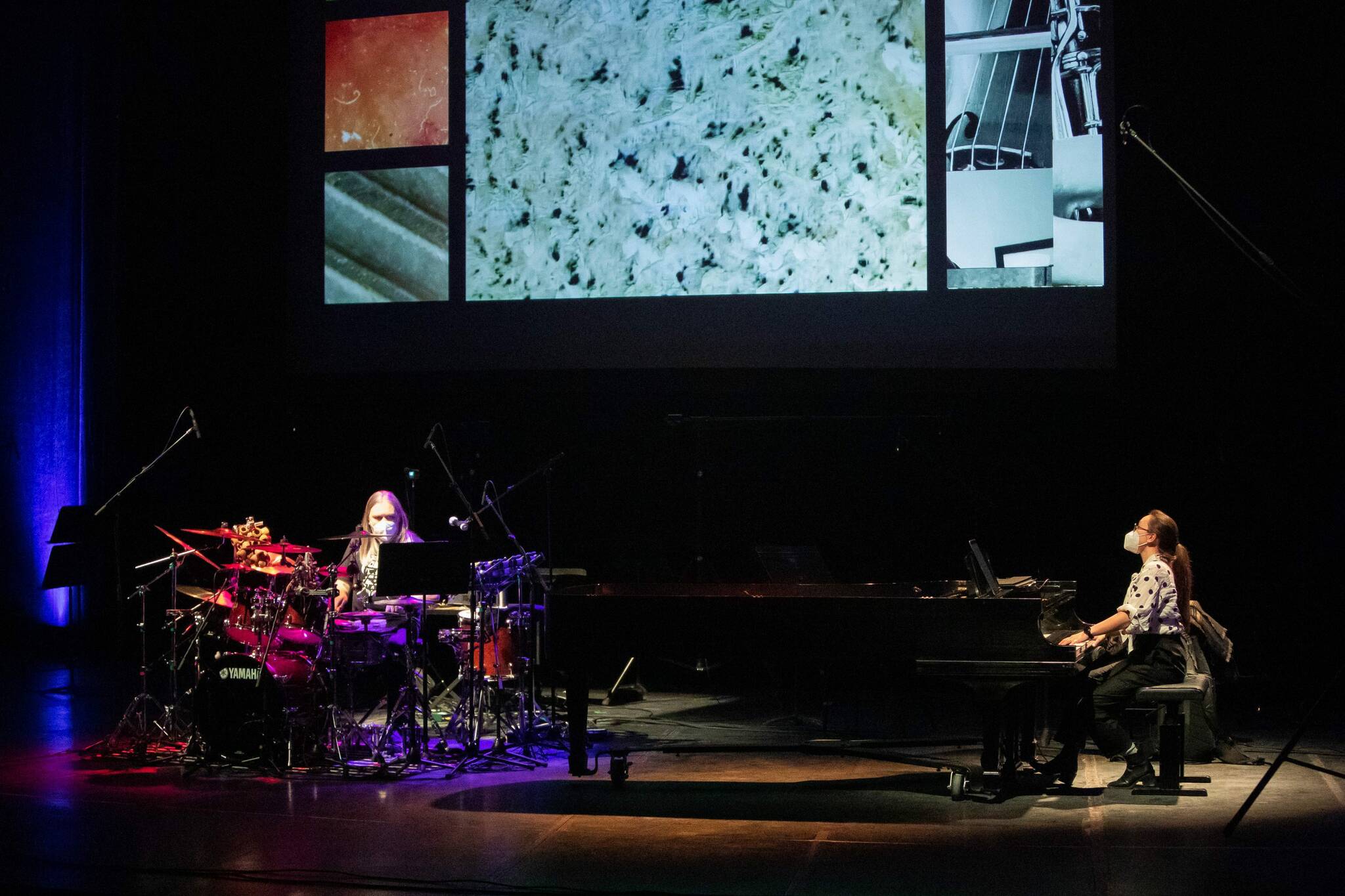 Countless COVID-19 contingency plans created for the 2021 Festival du Voyageur that were never used are a big reason why the 2022 edition will take place Feb. 18-27.

“We went all the way from a full festival to 100 per cent virtual and everything in between,” says Darrel Nadeau, the festival’s executive director.

“This year we were prepared for different scenarios. What we were not prepared for, what made this year more difficult, is the late emergence of Omicron.”

Omicron, the contagious new variant of COVID-19, began spreading quickly in Manitoba during the last two weeks of December, forcing the festival to alter plans to have a fully in-person festival at Fort Gibraltar.

Many of the outdoor activities at the winter carnival’s St. Boniface home will remain, but concerts are being moved into the Centre culturel franco-manitobain and will be streamed on its social media channels.

Live audiences at the concerts might be allowed, but the festival has to wait to hear what provincial health officials allow come showtime.