Last spring, Max Erenberg woke up on a Monday morning with a splitting headache. Having binged several hours of the Masters golf tournament that weekend, he chalked the pain up to too many hours of watching television.

Last spring, Max Erenberg woke up on a Monday morning with a splitting headache. Having binged several hours of the Masters golf tournament that weekend, he chalked the pain up to too many hours of watching television.

At the time, Erenberg, 28, was the manager of research and data analysis for the Winnipeg Jets — and this particular Monday was also the trade deadline, a very hectic time in the hockey world.

“There’s a lot of reporting that goes on in a very short period of time and you’re under a tight deadline,” he says. “I hadn’t been sleeping much, watching too much golf, working. I was just stressed.”

His headache continued throughout the day and at work that evening, he couldn’t focus. He recalls complaining to his colleagues that his head was throbbing.

“I was totally overcome with this headache. I came home after that (hockey) game, probably 11 o’clock or so, and I collapsed on the couch,” he says. “It was like the adrenaline wore off that was keeping me going throughout the day. My body was shaking and I couldn’t move.”

Erenberg had a history of migraines in his family and thought it could be related to that. He took pain medication and proceeded to toss and turn all night. He woke up the next morning with the same symptoms — pain and a throbbing headache.

It got worse. Over the next few days, Erenberg’s symptoms progressed to vomiting and suffering through “the world’s worst migraine” — something he hadn’t experienced before.

Erenberg called his family physician, who ordered a CT scan. Shortly afterwards, he received a call back with news that rocked his world. “We aren’t quite sure what it is yet… but there is an abnormality in your head.”

“Two things went through my mind. One, ‘I’m going to die,’ and the other was ‘Yeah, that makes sense.’ That’s the news I expected,” he says. “I knew something was wrong. This wasn’t just a headache.”

A daily headache that is unusual should be assessed by a physician, especially if accompanied by nausea, vomiting or neck stiffness, according to a Shared Health spokesperson. A new headache that starts very suddenly, like an explosion or thunderclap, may be a sign of bleeding that requires immediate medical attention.

The following day, and with his symptoms worsening, Erenberg went to the emergency department and was eventually admitted to the Health Sciences Centre.

He wondered how he was going to get through this on his own; no visitors were allowed, owing to COVID-19 protocols.

Then he met his hospital roommate.

“(I remember), I was wheeled up at three in the morning and thought, ‘OK, who’s my roommate going to be?’” he says. “The next morning, I met her. And she was an absolutely amazing woman. Her name was Diane. She was the nicest lady I’d ever met. She was 75 at the time and had an awesome presence.”

Erenberg’s roommate was Diane Dziedzic and the two became fast friends, even playing cribbage together in their hospital room. Dziedzic was being treated for brain cancer but Erenberg says you’d never know it by speaking with her.

“I’m there, terrified, and she was just the happiest lady I’d ever met. She was this beacon of hope for me throughout this whole thing,” he says. “This was definitely the scariest part of the whole journey (for me). I didn’t know if I had brain cancer; I didn’t know anything. To have Diane by my side was unbelievable.”

Erenberg spent five days on the neurosurgery ward where he underwent several tests.

“They did an angiogram, a bunch of CT scans and tons of bloodwork around the clock,” he says. “They wanted to make sure I didn’t have an aneurysm or stroke and wanted to rule out any sort of severe neurological situation.”

In relatively stable condition, and in the absence of anything immediately life-threatening, Erenberg was discharged and asked to recover at home while being followed as an outpatient. Doctors booked Erenberg for a followup MRI that June and told him to take it easy at home, rest and not do anything strenuous.

But being at home proved to be challenging, with sleepless nights, anxiety and continued headaches.

“I was anxious and overcome with terrible thoughts,” he says. “I remember sitting on the couch and, truly, I was depressed. My life was hanging in the balance. I didn’t know what direction I was headed or what was wrong with me.”

Doctors told Erenberg to return to the hospital if his symptoms worsened. But after a few weeks, he started to feel better. He was back at work, playing golf and living a life with some semblance of normalcy. Despite some mental struggles he was feeling cautiously optimistic that the worst was behind him.

On the morning of June 2, about three weeks before his MRI appointment, Erenberg woke up to moderate symptoms of vertigo, dizziness and nausea. Feeling rattled, he went to see his family physician, who ordered another CT scan.

“I got a call from radiology saying something along the lines of ‘the growth in your head has more than doubled in size and likely needs to be urgently resected.’” Resection is the medical term for surgically removing tissue or part or all of an organ

The following day, Erenberg went in for emergency surgery and underwent a successful craniotomy that removed a mysterious hemorrhaging growth from the back of his head.

“The whole thing was surreal to me. I was golfing a couple days prior. And there I was for brain surgery the next day. It didn’t seem real.”

While his recovery was challenging, including neck pain and stiffness, two months later he received the best possible news from pathology: the growth was a pilocytic astrocytoma — a low-grade, benign tumour that’s most often completely cured by surgical resection.

Non-malignant tumours account for nearly two-thirds of all primary brain tumours in Canada, according to the Brain Tumour Foundation of Canada.

Anyone can develop a brain tumour but the lifetime risk is less than one per cent, according to a Shared Health spokesperson. The most common type are malignant metastases to the brain from cancers that started elsewhere, such as in the lung or breast. Tumours that develop in the head or brain may also be malignant but are usually benign.

Erenberg will now have regular followups and MRIs every few months as doctors continue to monitor his condition. He remembers the nerves he felt going in for his first MRI post-surgery.

“That first MRI was a big hurdle for me. But it was clear and all looked good,” he says. “I have this sense of calm now that I’m OK to start resuming things because they said my head looks good. Nowhere to go but up after that.”

Erenberg stresses how thankful he is to the neuroscience team at HSC and says his health-care team was nothing short of “unbelievable.”

“They made it very clear to me on multiple occasions that I was ‘the luckiest unlucky kid’ they had ever seen. It’s important to remember that, as traumatic as my experience was, my story is the best-case scenario.”

Following his time in the hospital, Erenberg checked in with his former hospital roommate. His last phone call with Dziedzic was about a month ago.

“Every week I’d call her to check in and all she cared about was me and how I was doing,” he says. “Diane was dying. She had brain cancer and the tumors had spread.”

Dziedzic died on April 5. Erenberg attended her funeral and met some of her family.

“Diane did more for me than I could ever put into words. To have that presence by my side in the hospital, through my darkest days when no one else could be there — that presence will have a lasting impact on the rest of my life.”

Erenberg is now raising money for the 2022 Brain Tumour Walk, held June 17-19 in support of the thousands of Canadians living with brain tumours who aren’t as fortunate as he was.

“I’ll do anything for this cause. (I’m doing this) in honour of Diane and giving back to the community that saved my life.”

Sabrina Carnevale is a freelance writer and communications specialist, and former reporter and broadcaster who is a health enthusiast. She writes a twice-monthly column focusing on wellness and fitness. 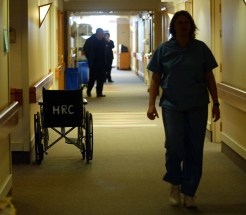 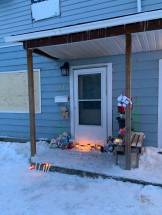 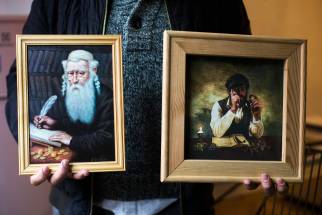 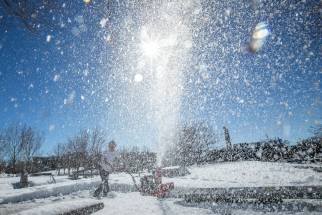 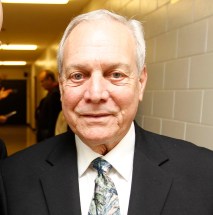 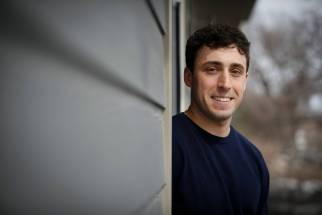 Every molecule of Jets organization needs to go under microscope 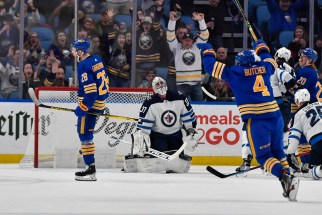 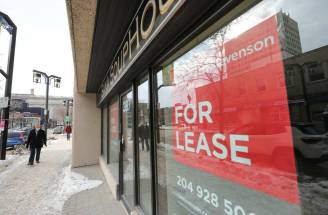