People from all over, including the entertainment world, have been desperate for the elusive sense of normalcy since the COVID-19 pandemic disrupted the world in March 2020.

It’s been hard to find, but one major sign of that return to a pre-pandemic way of life took place Tuesday at the Canadian Museum for Human Rights, which played host to the Winnipeg International Jazz Festival‘s first performances since June 2019.

Jazz fest signals the beginning of the city’s festival season, with the Winnipeg Folk Festival and the Winnipeg Fringe Theatre Festival taking place in July and Folklorama and a new event, the Current Festival, happening in August.

Tuesday night’s show included Chilean tenor saxophonist Melissa Aldana and her quartet, who opened the evening’s mainstage lineup with a rousing set that showed why she’s earned a Grammy nomination, and later with vocalist René Marie and pianist Dawn Clement, the evening’s headliners.

The historic evening also included another sax player from far away, Ukrainian Bogdan Gumenyuk, whose fierce solos resonated throughout the upper reaches of the architecturally distinctive museum..

He has bounced between Kyiv, the United States and Canada for several years as a musician and record-label owner. He and his wife live in Montreal and spends his non-musical time worrying for his friends and relatives in Ukraine, which has been under attack by Russian forces since February.

He has been performing in Quebec to raise funds the Ukrainian World Congress, which is supporting aid efforts.

He brought his music and his message to Winnipeg Tuesday, and it was fitting He performed at the human rights museum, which serves as a remembrance of those who’ve suffered during past atrocities as well as paying tribute to the world’s human-rights success stories.

Investigators from around the world are in Ukraine gathering evidence of war crimes perpetrated by the Russian military, and Ukraine’s struggle will surely become part of the museum’s future.

Gumenyuk kicked off his set as part of a quartet that included former Winnipeg pianist Paul Shrofel and they performed in front of an overflow crowd at the CMHR’s cosy 7th Floor Theatre.

The tight space enhanced the group’s powerful instrumentals from his two albums as well as his modern jazz take on a Ukrainian folk song that translates into English as Why Didn’t You Arrive?

“We’re thrilled to be here, especially since this is my first time in Winnipeg,” he said.

There was room on opening night for local performers too.

That included two city vocalists, Nadia Douglas and Rosemarie Todaschuk, who fronted their own bands on a patio set up in the museum’s entrance that faces Izzy Asper Way.

“The jazz festival is the highlight of the year for all jazz musicians, we all look forward to it,” Todaschuk said after singing classics such as What a Little Moonlight Can Do and Leonard Cohen’s Hallelujah with longtime jazz fest musicians Ron Paley, Gilles Fournier, Neil Wilson and Owen Clark.

“So with the jazz festival not taking place for the last two years, you feel like you’re heart was sinking.”

Douglas and her band followed as the skies cleared, and played upbeat numbers including Is You Is or Is You Ain’t?

“It’s fundamentally the place where all the jazz singers want to be and when it’s not happening, it feels like something’s missing, “ Douglas said,

One aspect of Winnipeg’s jazz fest – the threat of bad weather – hasn’t changed in the past three years.

A new patio set up at the human rights museum, which gives audiences a great view of the city’s skyline, also offered a view of ominous clouds coming from the west.

It drizzled a bit on and off, but when Rosemarie Todaschuk and her band performed the pop classic I Can See Clearly Now, the sun popped out, right on cue.

The festival continues at the human rights museum tonight and at several other venues across the city until Sunday. 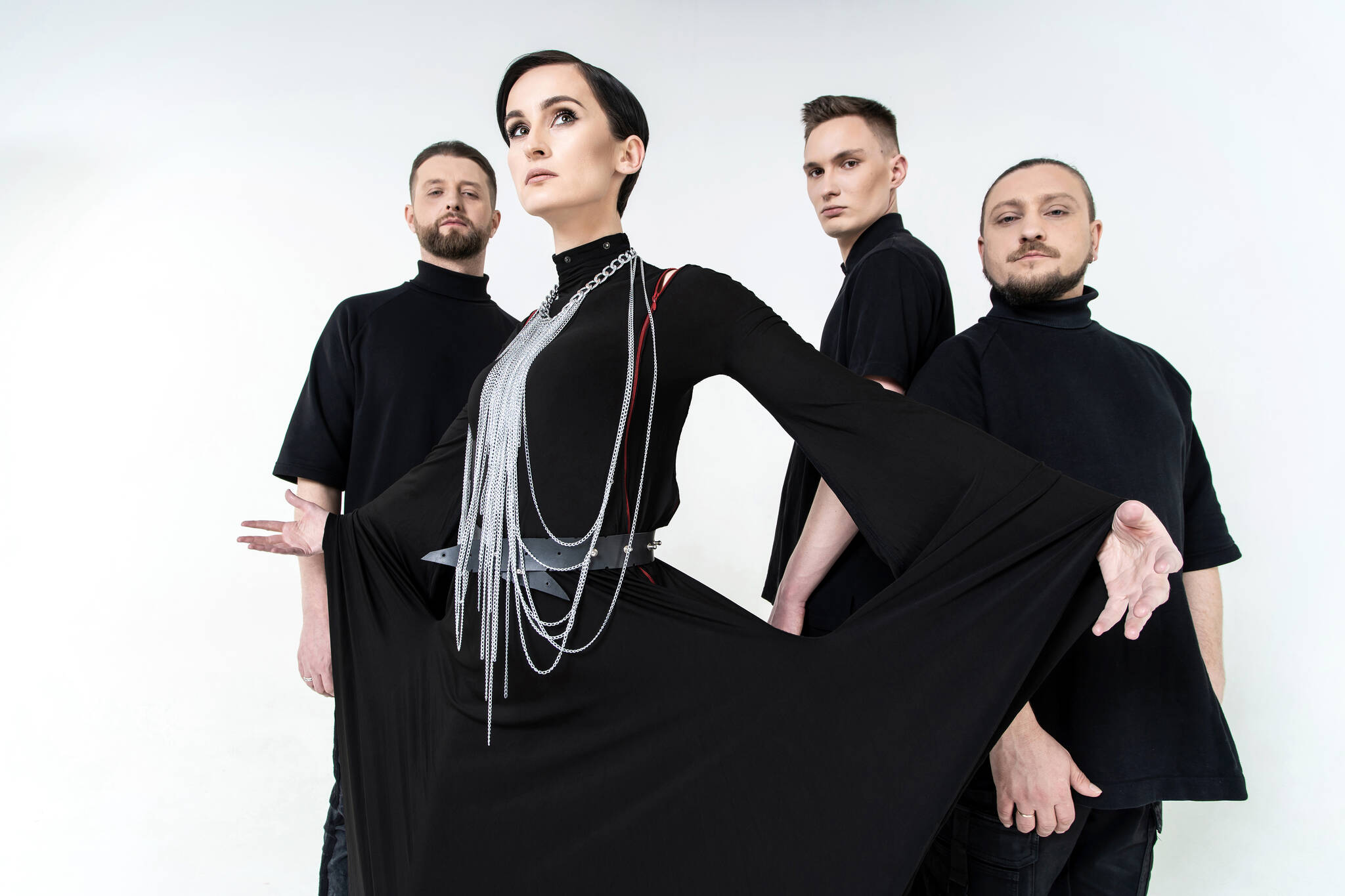 Long delayed festival ‘doubling down on jazz’ in June 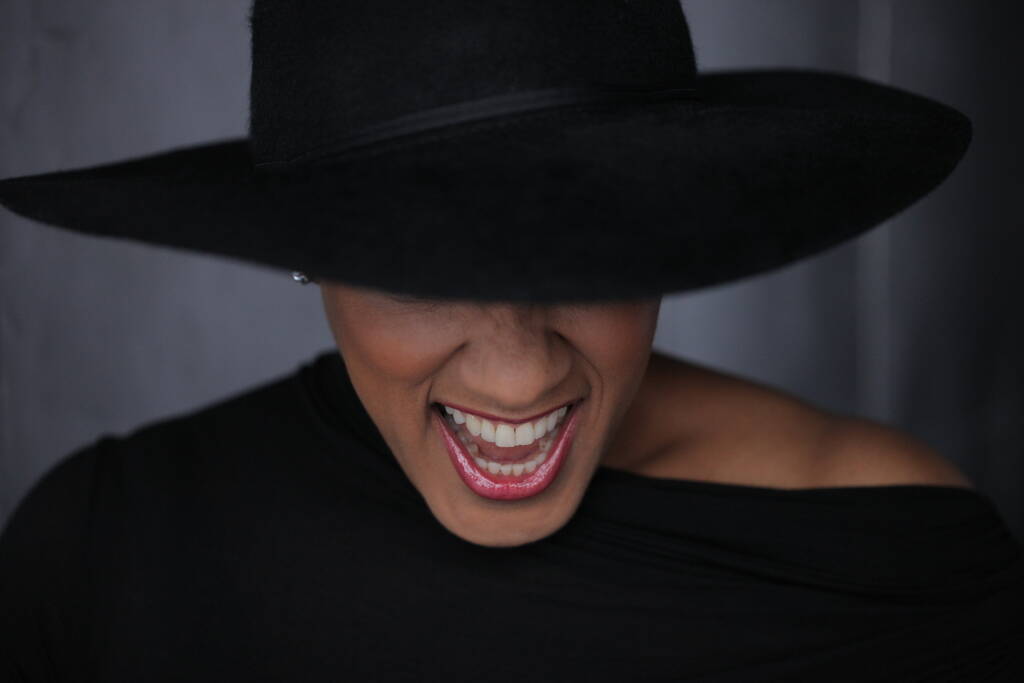 Winnipeg got to meet tonight’s jazz fest headliner on Tuesday when Lisa Fischer attended a press conference at Unzipped, a pop-up museum dedicated to the Rolling Stones.

Fischer, who performs at the mainstage tonight at 9 p.m., sang with the Stones tour for 26 years, and that experience was part of the Oscar-winning documentary 20 Feet From Stardom.

The movie gave her solo career a boost, and she described what it’s like singing the Stones classic Gimme Shelter with Mick Jagger as well as her own songs that will soar among the CMHR’s limestone walls tonight.

“I’m always focusing on what to do with the one note that you sing at this very moment to translate energy to an audience,” Fischer said.

“I want to be in the kiss that I’m kissing, not thinking “Oh that kiss year was good.”

The festival also kicks off its club series tonight with sets at two Exchange District hotspots, the King’s Head Pub and the Royal Albert Arms.