If you’ve been lucky enough to receive a mixtape, you understand the power of that gift. It’s not an impersonal greeting card bought off the rack at the drugstore, or a mass-marketed album that everybody else has in their collection.

If you’ve been lucky enough to receive a mixtape, you understand the power of that gift. It’s not an impersonal greeting card bought off the rack at the drugstore, or a mass-marketed album that everybody else has in their collection.

A mixtape, a mix CD, or in our modern times, a personalized playlist, is an indication that someone, somewhere was thinking of you, and only you, and wanted to give you something to hear, feel, love and, hopefully, remember.

That’s sort of the emotional response Nestor Wynrush is hoping his latest project will deliver to those who are lucky enough to experience it.

Wynrush, a local artist and community organizer, has assembled a deep lineup of local hip-hop, R&B and spoken-word artists for what he calls a live mixtape, a show with no fewer than 15 local acts sharing the stage — each original performance serving as its own track inside a living, breathing cassette.

At the West End Cultural Centre on Friday, the performers — including Anthony OKS, Andrew Sannie, BBS Steve and the OB — push play.

A mixtape is by definition a shared experience and a collaboration — both between the maker and the receiver, and among the artists themselves — and Wynrush felt it was important to emphasize that idea for the live version.

Up-and-coming artists worked alongside industry veterans to come up with fresh performance pieces, creating what Wynrush hopes will be lasting mentorships. In the weeks after the show, participants are also set to lead workshops in storytelling, songwriting and dance at schools such as Gordon Bell High and at the Winnipeg Art Gallery, where rehearsals have been happening since August.

“The whole concept is about love as an ethic,” Wynrush says, defined by sharing and listening with one another. But the thing about love is it’s fleeting, which is why the live mixtape is a one-and-done, see-it-or-you-don’t event.

“We wanted to create a show that’s ephemeral in its tone,” he says. “Whoever is there gets to witness it, but then it just disappears.

“It’s supposed to be a shared experience, and there are only so many people who can fit inside that room. The interaction and energy between people is really important, and they all become a part of that experience,” he adds. “To create art becomes a relationship between the artist and audience, the artists themselves, and that physical room.

“It’s not the same without those pieces, and with them all in place, it’s something that becomes indescribable.”

Hera Nalam, 27, is an interdisciplinary artist who quickly felt a connection with the other mixtape participants in her group, such as Sannie and singer Daiisu, while developing their performance. “Everyone was just catching a vibe and exchanging ideas, cracking jokes like we knew each other for years,” Nalam says.

“Especially during the pandemic it’s been really tough to write on my own, but to be able to collaborate with so many talented artists is such a gift,” Nalam adds.

The live mixtape happened for the first time in 2018 at West Broadway restaurant the Tallest Poppy in collaboration with Synonym Art Consultation. This year’s event is a part of the annual Wall-to-Wall Mural & Culture Festival, an ever-evolving arts festival that occurs each September. At the WECC, the mixtape will play in a much bigger room, so more people will get to hear it.

While rehearsals have been happening for weeks, Wynrush said the performances will be loose and eclectic, and the artists will undoubtedly play off the energy of the crowd lucky enough to be treated to the mix.

“It ain’t gonna be super-polished, but it’s gonna be really good,” Wynrush said. “People are going all-out and taking it seriously, and that’s pretty damn awesome.” 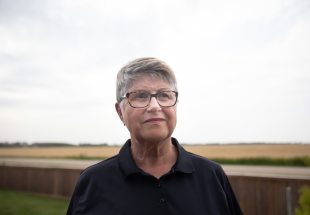 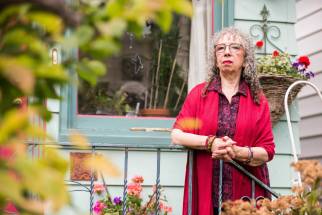 God Save the Queen mandatory, but barely heard in Manitoba school 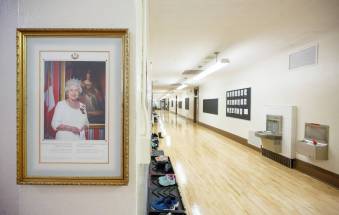 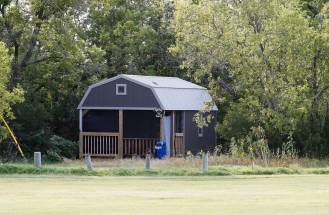 Jets’ future in the spotlight 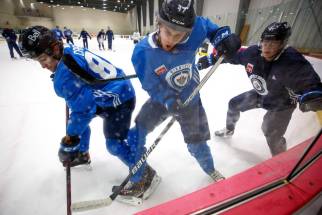 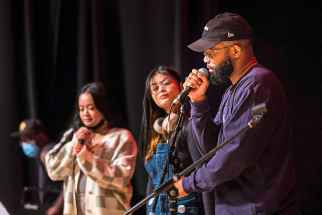