Comedian Glen Foster has watched his hair turn grey and cellphones replace pagers since he began his standup touring career 40 years ago at the Fort Garry Hotel.

Comedian Glen Foster has watched his hair turn grey and cellphones replace pagers since he began his standup touring career 40 years ago at the Fort Garry Hotel.

He is back in Winnipeg Thursday night to mark the anniversary, performing at the Limelight Nightclub for what he hopes will be the next step in his career.

A story in the Nov. 4, 1982, edition of the Free Press previewed the show and Foster keeps a grainy archive copy of it in his press kit all these years later.

“I haven’t used it in the last couple of decades, I guess,” he says of the clipping. “(The show) was something I thought would be a neat thing to do, to close the circle,” he says.

Foster was the up-and-comer 40 years ago when he joined with four other young Toronto comics — Ron Vaudry, Larry Horowitz and Evan Carter and Mark Breslin — on a month-long Yuk Yuk’s comedy tour of Western Canada, which stopped first in Winnipeg.

Breslin co-founded Yuk Yuk’s in 1976, and it has since become one of Canada’s major entertainment businesses, but back then the tour was one of the company’s first forays into the west to see if there was room to expand across the country.

“I was new, but comedy was new,” Foster says. “There were no comedy clubs outside Toronto and Vancouver, no full-time (comics), and people didn’t really know what to expect.

Foster’s career grew — he’s performed at Rumor’s Comedy Club and the Winnipeg Comedy Festival many times — but he gained notoriety when he combined coincidence with some advertising know-how to create a new moniker and brand — That Canadian Guy.

It helped him separate from the comedy pack, even in Canada, and it became the title of his first TV special, despite the advice of his producers.

“I was touring in England in the late ’90s and I’m walking out of the show, and I can hear people say ‘that Canadian guy, he was funny,’ and it hammered home the point that unless people see you a lot, they won’t remember your name,” he says.

“Everyone thinks it’s a patriotic thing, rah-rah, hockey, Tim Hortons and all that, but it isn’t. It’s really about — I almost said a-boot there — the anonymity of Canadian showbiz. ‘Who was on? Oh, that Canadian guy.’ “

That Canadian Guy could only go so far, though. Comedy is a young person’s game, and while the top names in the industry, such as Jerry Seinfeld, 68, remain atop the standup pyramid, that’s not the case for 62-year-old Foster and other similarly aged joke-tellers.

“There’s a clear bias against older comedians,” he says. “I’ve had clubs that have come right out and say, ‘You’re too old to play this club.’”

He jokes more about politics these days, and that hasn’t made getting gigs any easier.

“Comedy is a passion of mine and I don’t like some of the things that happened to it,” he says. “I’m not trying to offend people but I am trying to raise the tension that they think I’m going to offend them and then taking it in a different direction.

“Even doing that, (people say) ‘You can’t do that, you can’t talk about that subject.’ “

That’s the other reason for his return to Winnipeg. He believes the gig at the Limelight will find fertile comedic soil on the Manitoba Prairies for his jokes to take root in 2022, just as they did in 1982.

“I need to find these people whose parents were a little too permissive to let them watch at that age, they must have been 11, 12 years old, maybe a little younger. I think there’s a whole hidden market out there that would like to see me if I could get a hold of them. That’s part of the experiment here.”

The Limelight doesn’t have the history and luxury of the Fort Garry, but Foster says the “physics of comedy” makes it a better place to tell jokes.

“Laughter is about discomfort. That’s why comedy rooms are dark and have low ceilings and have packed-in chairs. Pews in churches are uncomfortable for the same reason. The nature of comedy is a little bit of discomfort,” he says.

“If I wanted to be authentic I’d do it at the Fort Garry, but (that room) is a spa now.”

While Foster’s got new material — his pokes at political correctness and woke culture receive howls of laughter and howls of derision, depending on the audience — some of his older jokes still work with younger audiences who’ve never heard them before.

“My most requested joke is from That Canadian Guy in 2000, and it involves completely obsolete technology; it’s about beepers and pagers and carphones,” he says with a chuckle. “It’s the one they talk about the most.” 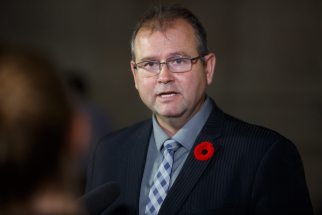 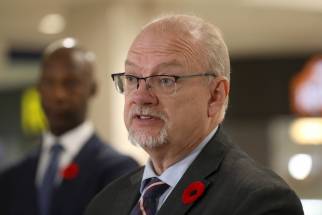 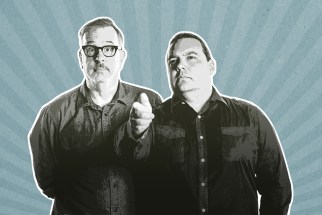 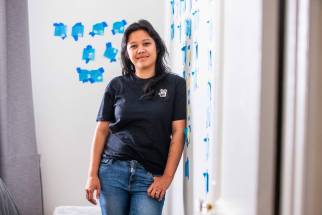 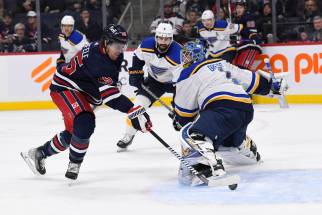 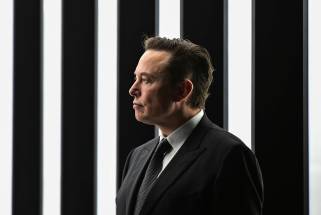 Jets counting on accountability The two sides of Twitter and Musk