Abundance of Hart and soul in RWB’s stunning, boundary-blurring Vespers

To step into James Kudelka’s mythology-infused world of Vespers is to wonder, wide-eyed, at the power of ballet to weave stories and evoke potent images that could be expressed only through the medium of dance itself.

To step into James Kudelka’s mythology-infused world of Vespers is to wonder, wide-eyed, at the power of ballet to weave stories and evoke potent images that could be expressed only through the medium of dance itself.

The Royal Winnipeg Ballet presented the world première Wednesday of the Canadian choreographer’s latest creation that also serves as a testament to the spirit of bold risk-taking that has been this company’s backbone for 77 years.

The production, which runs through Sunday at the Centennial Concert Hall, is at once mesmerizing, inspiring, perplexing, puzzling and, frequently, jaw-dropping brilliant.

Inspired partially by a collection of essays written by 16th-century French philosopher Michel de Montaigne, Kudelka creates a fantastical, otherworldly kingdom where humans and beasts leap, love, mate with each other and spar as equals. Following a suggested, apocalyptic fall, their two worlds splinter apart, until Hart’s Everywoman, joined by principal dancer Dmitri Dovgoselets’ male figure akin to a husband, seeks reconciliation — or, at least, peace.

The two halves of the ballet are distinctly different. In the first, 10 animals — ram, bear, horse, cardinal, hawk, duck, pig, porcupine, fox and rabbit — are introduced, as surrealistic as a Salvador Dalí painting. It’s startling seeing dancers wearing Torontonian Karen Rodd’s sculptural animal masks covering their entire heads, which forces the emotional expression to be conveyed through the body alone. Denis Lavoie’s costumes range from sartorial vests and tailcoats for the beasts and birds, to neutral black shirts and trousers for the company of mortals.

The second act begins more intimately, locating the action in a domestic scene that includes an oversized farm table — created by set and prop designer Nick Blais — in the looming shadow of an overhanging, gnarly tree branch, augmented by more grounded, cave-like recesses for dancers to suddenly appear and vanish.

His eye for architecture also includes his trademark patterning, with groups of dancers seamlessly morphing into other configurations in a kaleidoscopic tapestry of movement, as well as breaking into smaller solos, duets, trios and quartets. A series of tableaux are wisely embedded into the overall choreographic texture that provides momentary repose from the larger ensemble sections, where the stage fills with 20 whirling dancers.

What becomes fascinating is how individual animals begin to reveal their personalities. Corps de ballet member Liam Caines as the Horse — arguably the animal protagonist — creates a majestic creature to be both feared and admired, who shakes his mane and trots and canters about the stage. One particular section, where the humans fall into rank and file behind him, dutifully imitating his high kicks with poker-straight legs as he tames them into obedient (read: submissive) dressage-like patterns, is compelling.

His counterfoil, Ram, performed with muscular verve by Yosuke Mino, asserts his own dominance throughout the show, including volatile kicks and athletic leaps during the first act, and his threatening omnipresence in the second that stokes fear into a trembling Hart.

We also see the soaring elegance of principal dancer Liang Xing as Cardinal, who soars through the air with full wingspan during his graceful duet with Chenxin Liu’s hopping Rabbit, her hands held like paws. One of the first, more intricate solos is given to Pig, performed by corps de ballet dancer Yoshiko Kamikusa, whose suspended turns in relevé executed with ease creates her own care-free soliloquy. There’s even a love scene where humans couple with animals, blurring boundaries while representing equality as its earthiest best.

There’s palpable anticipation for Hart’s first sighting, and once she appears after intermission, it bears mentioning that she never leaves the stage, with as much dancing as we’ve seen her perform in many years. This is no mere character role for her, but a pivotal presence that steers the loosely based narrative toward its ultimate resolution. Hart fully inhabits her character with an utter commitment to her stage persona, with the slightest and subtlest emotional response resonating throughout her face and body. Her magical performance only left one hungry for more.

One of the show’s most tender moments comes as she first encounters the Horse as her benevolent protector. Her quicksilver reaction as Ram suddenly emerges from the shadows before taking refuge in Dovgoselets’ arms suddenly injects the ballet with dramatic tension. Her pas de deux with Caines is deeply poignant, while speaking to the deeply rooted connection between humankind and nature. Kudos to both men for fearlessly lifting Hart sky-high multiple times, as well as being fully supportive partners to this iconic ballerina.

As expected, the audience rose to its feet with a standing ovation at the end, cries of “bravo!” growing stronger for Hart as she took her own bow. 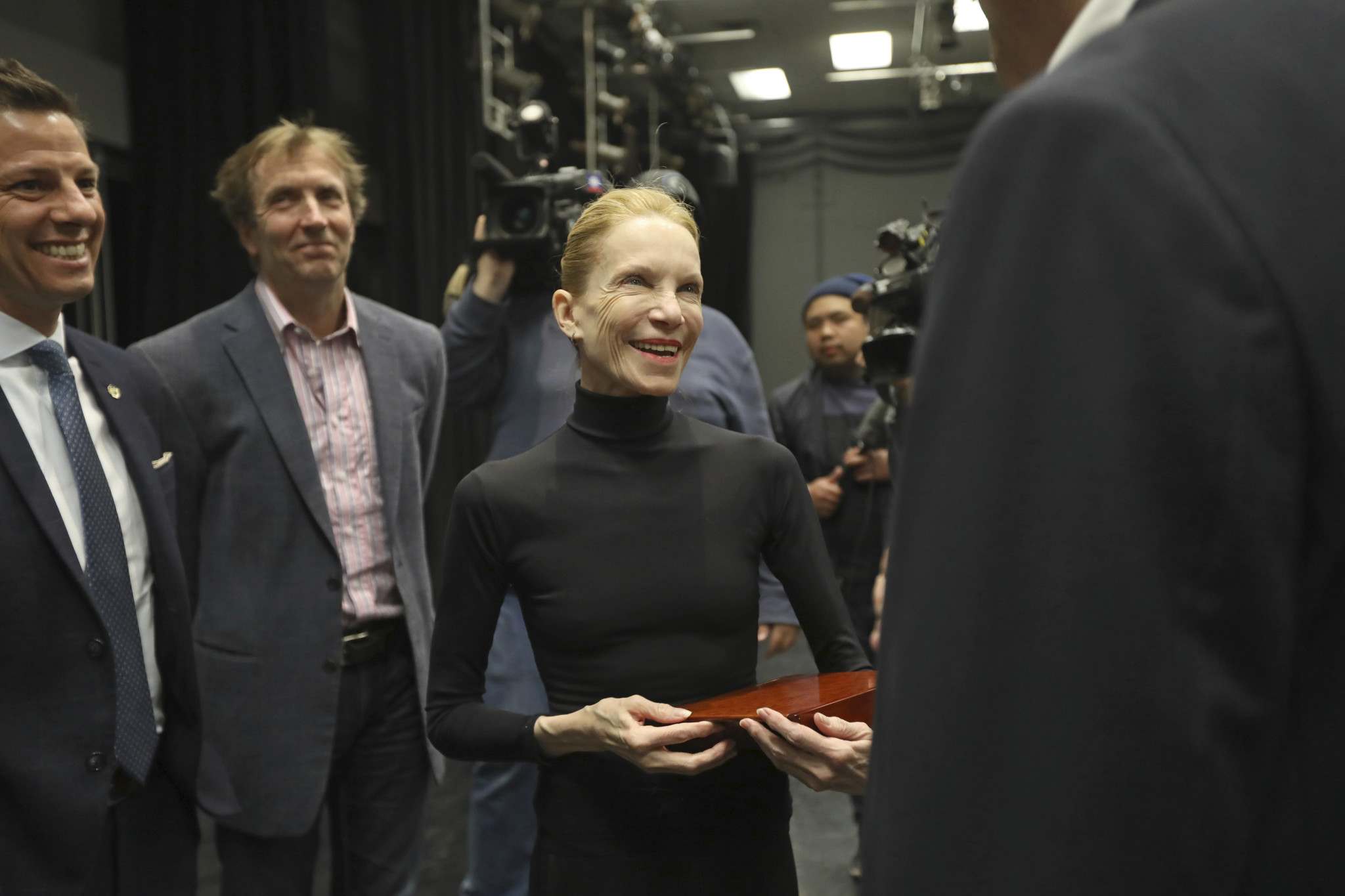 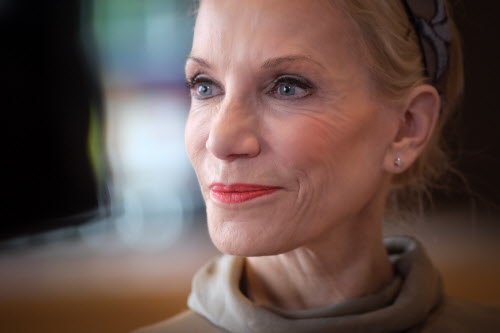 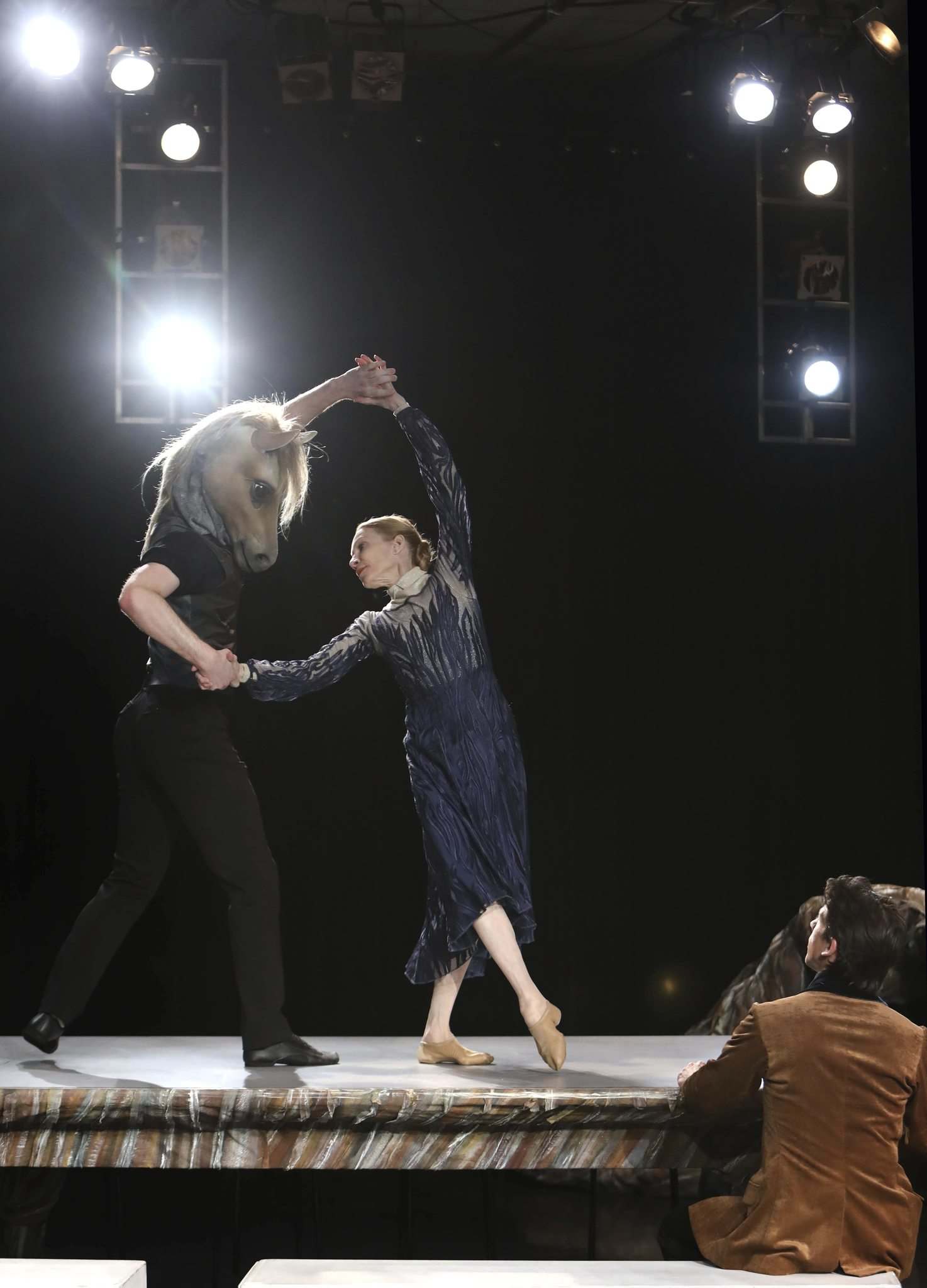