Informed by design WAG exhibition investigates the changing ways the Free Press and other newspapers have presented information to readers over the past century and a half By: Alan Small Posted: 7:00 PM CST Friday, Nov. 25, 2022

A newspaper is supposed to comfort the afflicted and afflict the comfortable, the saying goes.

A newspaper is supposed to comfort the afflicted and afflict the comfortable, the saying goes.

An upcoming Winnipeg Art Gallery exhibition focusing on the Winnipeg Free Press and its 150th anniversary aims to both comfort and afflict the newspaper, the media industry, and perhaps even the show’s visitors.

Headlines: The Art of the News Cycle, which includes works from seven artists from across North America as well as archival material from the Free Press and the gallery’s permanent collection, will investigate, through an artists’ lens, the many changes that have taken place in how the Free Press and other news organizations let their readers know what’s going on in the world around them.

The show provides a mixture of the way it was and the way it is today. Old editions of the Free Press dot the exhibition, including a pristine copy of the Nov. 30, 1872, edition of the Manitoba Free Press, the newspaper’s inaugural reporting of the day’s events in the city and province.

The shows idea began prior to the COVID-19 pandemic, when Borys visited editor Paul Samyn at the Free Press offices and was struck by the newspaper’s history that was everywhere, whether it was the newspaper’s giant presses or in its newsroom where reporters and editors worked on the day’s stories.

That was before he learned the newspaper would mark its 150th year in 2022.

“You think of how Hollywood has portrayed the media and the press and I thought how an art museum would take on a story like an anniversary project like this,” Borys says. “I think this show will be a bit of a surprise because there’s a bit of everything in it.”

While there have been newspaper stories, photography and page design over the Free Press’s 150 years that can be described as art, that’s never the main intention for the Free Press or other daily newspapers.

Headlines: The Art of the News Cycle

A newspaper informs, and even entertains and infuriates at times. If it catches readers’ attention before it ends up in the recycling bin, then those who produced it have succeeded in their work.

Tools of the newspaper trade, from metal plates used to print the paper years ago to a Radio Shack TRS-80 Model 100, an early laptop on which sports reporters would bash out their stories about the Jets and Blue Bombers in the 1980s, mingle with 21st-century technology, interactive displays and a contemporary perspective on how and what news was presented years ago.

Or what it didn’t present, says Winnipeg printmaker Miriam Rudolph, whose 16-print series Storied Land: (Re)Mapping Winnipeg, was commissioned by the WAG specifically for Headlines.

Rudolph is a Winnipeg printmaker, and her 16 works in Headlines come from her deep dives into the Free Press online archives and looking through old printed copies at the Manitoba legislature archives, which followed a similar project she worked on with the British Museum in 2020.

She initially was interested in her ancestors — her great-great-great grandparents were among the first Mennonites to settle in Manitoba in the 1870s — because she believed there was more to the prideful stories she was told growing up about how Mennonites created what they had from their hard work.

So she focused on the evolution of the Free Press’s reporting on matters affecting Indigenous people, such as the 1919 project that brought water from Shoal Lake to Winnipeg, the resettlement of Indigenous people from Rooster Town to make way for the southern expansion of Winnipeg in the 1940s and ’50s and the recent Treaty 1 land-claims settlement that will transform the former Kapyong Barracks into Naawi-Oodena, a future innovative development by a group of seven Treaty 1 First Nations.

Coverage of these events illustrate the evolution of the Free Press, Rudolph’s prints show. Métis and other Indigenous groups and their concerns were usually ignored by Winnipeg leaders and residents and the media early in the city’s history, she says.

“One thing that struck me that (Rudolph) talked about was how difficult it was for her to find stories about Indigenous and Métis people or communities in the paper, and that reflects the colonial marginalization of Indigenous communities,” says Riva Symko, the gallery’s head of collections and curator of Canadian art, who also curated Headlines.

“It’s interesting that the paper reflects our attitudes of the time just as much by what it leaves out (as by) what it includes.”

The Free Press has acknowledged this gap in reporting and has made steps in recent years to devote more time, resources, and most importantly, space in the newspaper and its website, to cover news affecting minority communities, including Indigenous people.

As part of those efforts, the newspaper, in 2018, became the first in Canada to include a land acknowledgment — “Published since 1872 on Treaty 1 territory and the homeland of the Métis” — on its editorial page, replacing its longtime motto, “Freedom of Trade, Liberty of Religion and Equality of Civil Rights.”

In that way, Headlines is similar to The Alloways’ Gift and Rosalie Favell’s Family Legacy, a dual exhibition the WAG presented in 2021 — also curated by Symko — in honour of the Winnipeg Foundation’s 100th anniversary.

Like Headlines, it went back into the foundation’s history, and the charitable organization recognized the actions of some of its founders, who used “execrable means” to obtain Métis scrip, which it would use to obtain land that it would sell to settlers.

Rudolph also found some stories from the 19th century remain a hot topic today. One of her prints republishes excerpts of Free Press stories about how Winnipeg’s lobbying efforts to get the Canadian Pacific Railway line to run through the city in 1871 and a 2016 story that imagines a new neighbourhood if the railway line was removed.

“Ever since I moved to Winnipeg, I’ve said, ‘Why is this here?’” Rudolph says of the rail yards that divide the North End and the rest of Winnipeg.

Many youngsters’ first encounter with newspapers are in art classes: not necessarily for the information they present, but as materials for making papier-maché and other arts and crafts.

Montreal artist Myriam Dion takes newspapers’ versatility to a new level. She has recycled old newspapers, including the Wall Street Journal, and restyles them into floral tapestries that leave no sign of the ups and downs in the markets that the newspapers once bore.

In a ruffled piece of decorative art that once was a world section, Dion pays tribute to Ruth Bader Ginsburg, the U.S. Supreme Court justice who died in 2020, leaving her images as the only sign the artwork originated from a newspaper.

“I think Dion is really thinking about how the news comes to us in a way we don’t always stop to think about and tries to make us look harder and see what she thinks the news is about it,” Symko says.

The exhibition is titled Headlines, and by no coincidence, newspaper headlines are a big part of it, showing off the succinctness and creativity of generations of Free Press copy editors.

On the flipside, Vancouver artist Ron Terada shows the humorous, yet deceptive nature of headlines, especially from websites that use them as clickbait.

Terada culled a bunch of eye-grabbers — without the stories they accompany — from online news site The Verge for an installation that reveals a warped image of the world.

“They’re not the whole story, they’re eye-catching, they grab you, and that’s what they’re meant to do,” Symko says. “He’s left us without the context, which forces us as viewers and as news consumers to think about how we (only read headlines) every day.”

They’re also a sign of what newspapers like the Free Press face in the future. Online news aggregators such as Google and Facebook are using newspaper stories to build their online readership and gain advertising dollars once the domain of newspapers and radio and television stations.

Christopher Dornan, a Carleton University journalism professor who grew up in Winnipeg and attended St. John’s-Ravenscourt School, says a city’s foundation would crumble should there be no room in the marketplace for a daily newspaper.

To err is human; to insert a terrible typo takes a journalist 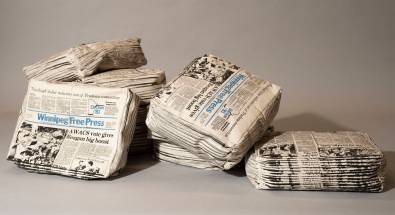 Building bonds through words and ideas for 150 years 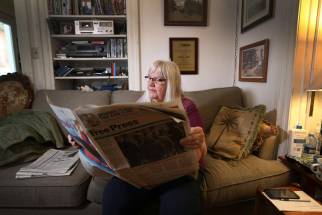 Readers reflect on what the Free Press means to them 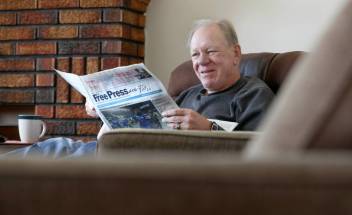 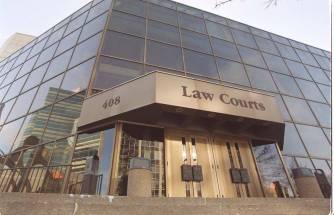 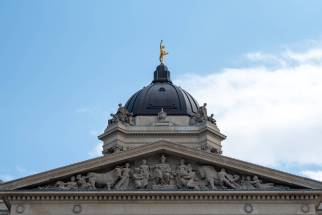 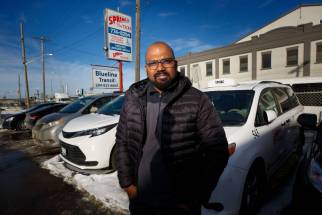 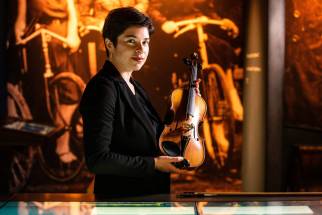 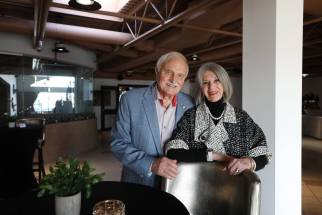 COP27 moved the needle, but only very slightly 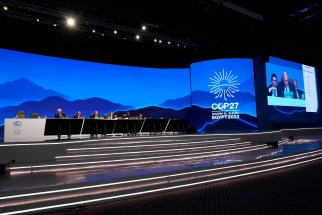