Hy's is an upscale dining classic, in every sense of the word

The restaurant business is known for its volatility, but Hy’s has been around long enough to cycle from modern to retro to retro-modern. The upscale steakhouse started out in Calgary in 1955 and opened its Winnipeg outpost in 1958, making this its 60th year in town.

The restaurant business is known for its volatility, but Hy’s has been around long enough to cycle from modern to retro to retro-modern. The upscale steakhouse started out in Calgary in 1955 and opened its Winnipeg outpost in 1958, making this its 60th year in town.

Checking in on this venerable downtown institution, we decided to channel the spirit of 1958 and order up a classic steakhouse dinner. By this I mean a total Mad-Men-season-one kind of meal, with lots of red meat, butterfat, liquor and tableside service. (We skipped the cigars.)

It was a treat.

Almost as soon as we walk through the tall doors into the restaurant’s swanky, soothing atmosphere, I am seized by an atavistic craving for a retro drink. I order up a Sidecar, while my friend tries a Champagne cocktail. (Our server assures us the bartenders can whip up anything not listed.)

Icy and zippy, my Sidecar shares a characteristic common to old-time cocktails: It goes down very smoothly — possibly too smoothly — but packs a wallop.

In keeping with our mission to dine 1950s-style, we start off with a jumbo prawn cocktail. Over a dish of crushed ice, four meaty prawns are served with a traditional cocktail sauce, the bite of horseradish cutting the slight ketchuppy sweetness.

To get a taste of the restaurant’s famous tableside service, we order a Caesar salad, which is made right in front of us in a big, well-seasoned wooden bowl. Our server begins by separating an egg into yolk and white with unostentatious flair. (Unlike Roger Sterling in Mad Men, I do not request a second egg.) The whole process — which involves much whisking and squeezing and tossing — is fancy, of course, but it also ensures the freshness that’s so crucial to a good Caesar.

The finished product, which can be generously shared between two people, is a perfect example of a very traditional Caesar: the taste of anchovies, garlic, lemon and cheese carefully balanced, the dressing creamy but not soggy, the croutons crisp but not dry.

My friend splashes out on the beef filet with lobster. The lobster tail is brought in the shell, but then deftly extricated by the waiter and served with charred lemon and clarified butter kept warm over its very own little flame. (Nice touch, that.) The filet is cooked just to the requested rare and served with piped whipped potatoes, lovely and light but not hot enough, a rare mistake.

Steak Diane makes for more table-side theatre — this time with fire! — as small medallions of beef tenderloin are seared and then finished with lashings of cream, a smidge of Dijon and some sautéed mushrooms, the whole pan then doused with brandy and dramatically set alight.

Along with the irresistible 21 Club-vibe involved in its making, the dish itself — so wonderfully too much — has loads of mid-century charm. It is accompanied by potatoes and green beans, the latter served absolutely straight-up — nothing beyond salt and a bit of butter — but nicely cooked to tender-crispness.

Just for the hell of it, we also order creamed spinach, as an homage to an age when vegetables were regularly subdued with cream. This shareable dish is richly comforting.

Maxing out the possibilities for table-side service, we request bananas foster to finish. This involves bananas enveloped in a caramel sauce cooked up right on the spot and flambéed with rum for a simple, but rather elegant, dessert. We also try the Belgian bourbon chocolate cake, which turns out to be not a classic layer cake, but a flourless — or nearly flourless — cake, creamy and dark, one of the best in the city.

As these two desserts suggest, you can choose to go classic or contemporary at Hy’s. Though staunchly rooted in its 1950s origins, Hy’s has also moved with the times. This blend of the traditional and the modern is perhaps best exemplified in the drinks menu, which includes many retro libations — Mai Tai, anyone? — but comes to the table on a high-tech tablet. With a few clicks, you can see the whole backstory on your cocktail.

Moving through the food menu, you can get old-school oysters Rockefeller or new-school “black and blue” ahi tuna with wasabi mustard. You can order up beef Wellington or beef tenderloin carpaccio.

Hy’s is extravagantly expensive, that needs to be said. Mains hover around the $50-$70 range with a few edging into the three-digit bracket, and à la carte additions rack up with alarming speed. For that hefty price, the restaurant offers very good food, consistent attention to detail and, of course, that soothing supper-club ambience.

I do love hipster restaurants, packed with crowds and buzzing with noise, all exposed pipes and cool industrial surfaces. But there is something reassuring in an occasional dip into the kind of luxe restaurant environment that has become increasingly rare. Hy’s, in its newer location in the Richardson Building — where it moved from the original Kennedy Street site in 2005 — offers plushly comfortable seating and lighting that is neither too bright nor too dark, but glowing, gleaming, flattering.

The room is quiet, except for some atmospheric music. The white linens are heavy and the flatware is substantial, including the absolute biggest steak knives I have ever seen. (They look like wilderness survival tools.)

The waiters — all men when we were there — dress in grey uniform jackets. Several are veterans with decades of experience, and their proficiency shows in the unobtrusive and professional service (used plates and forks removed with quiet alacrity, crumbs brushed off between courses, even a napkin discreetly draped over a corner of the table to cover a drip of cocktail sauce).

The restaurant business is often driven by the lure of the new and novel. Hy’s understands the enduring appeal of the tried and true. 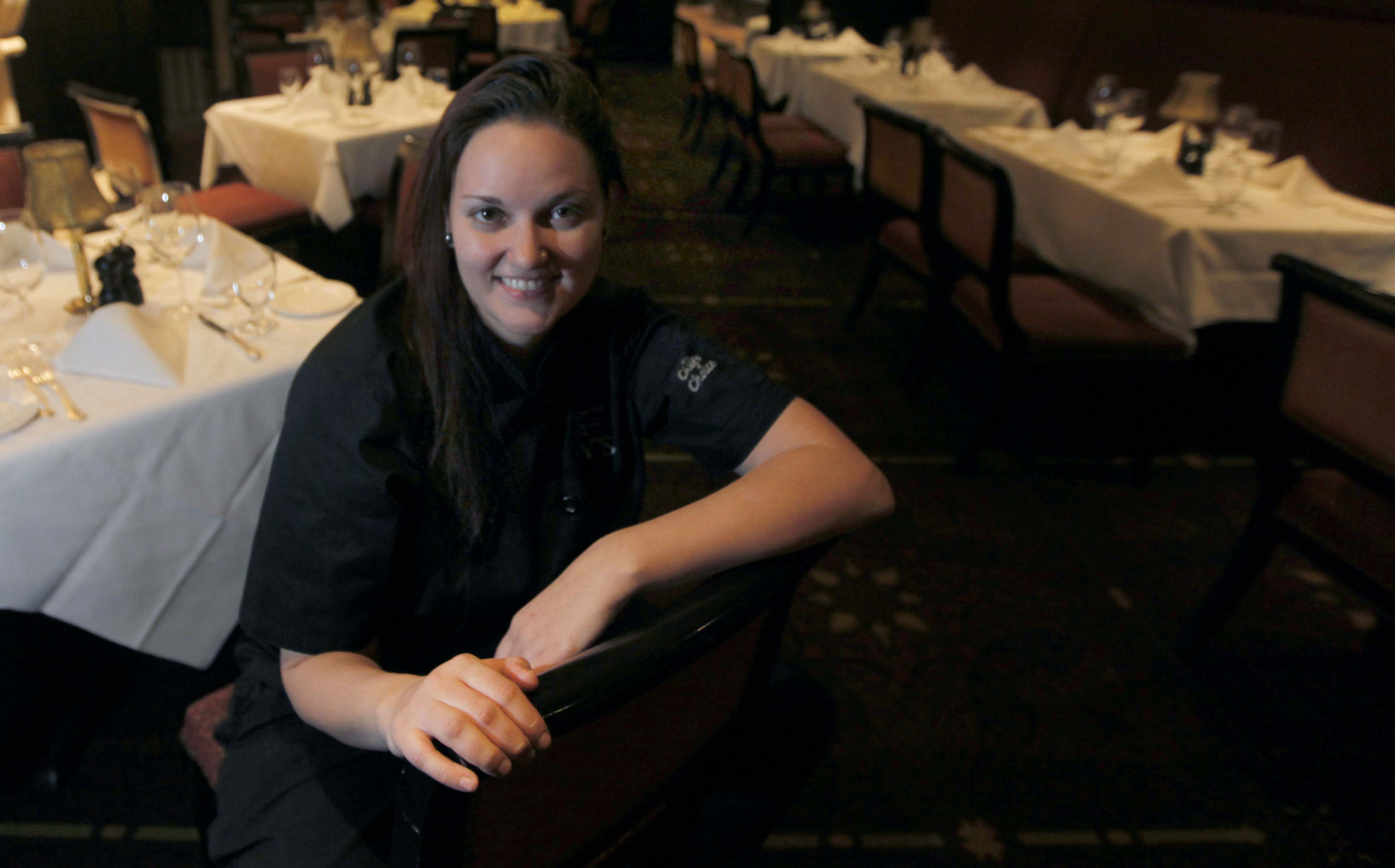 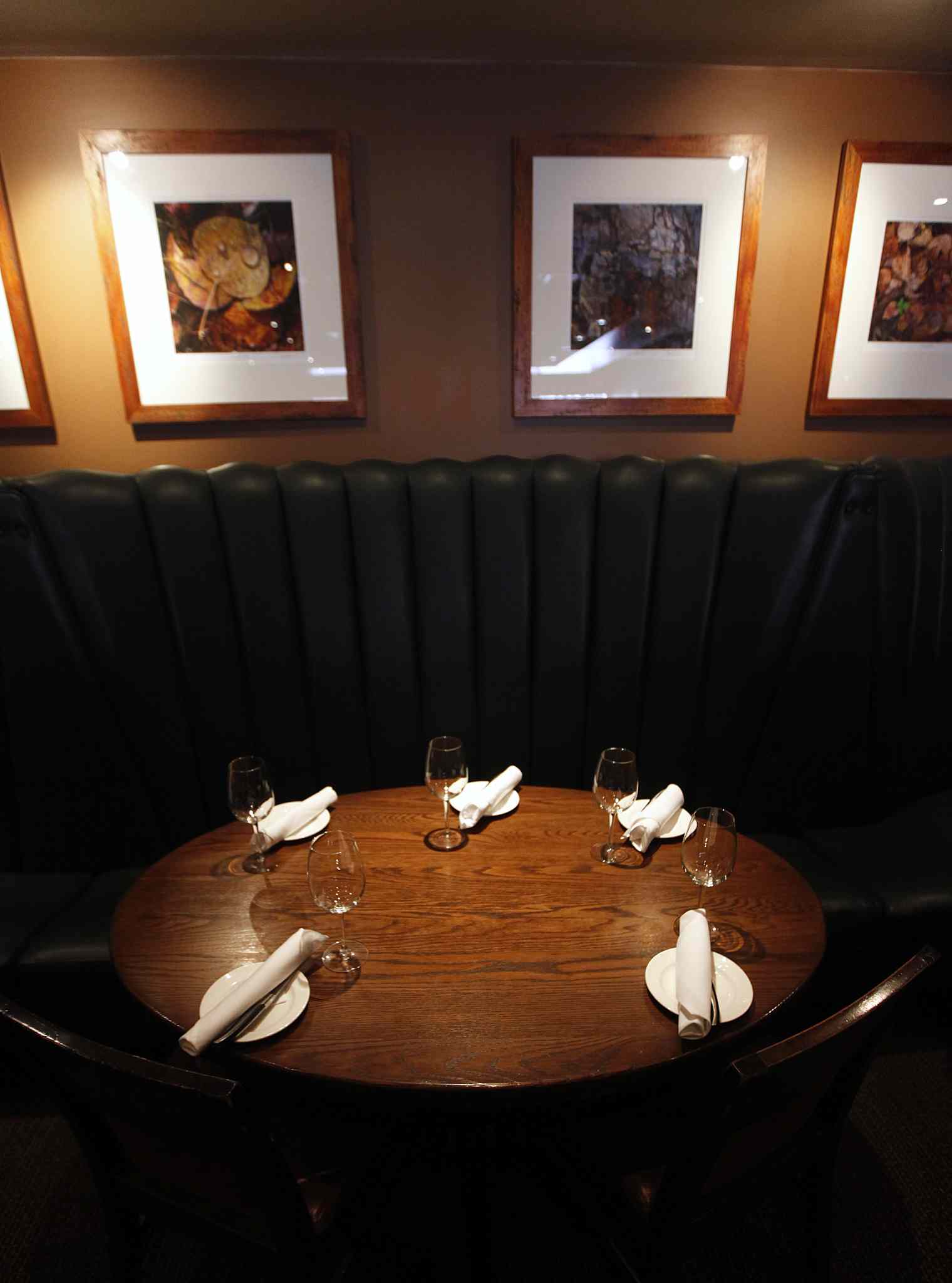 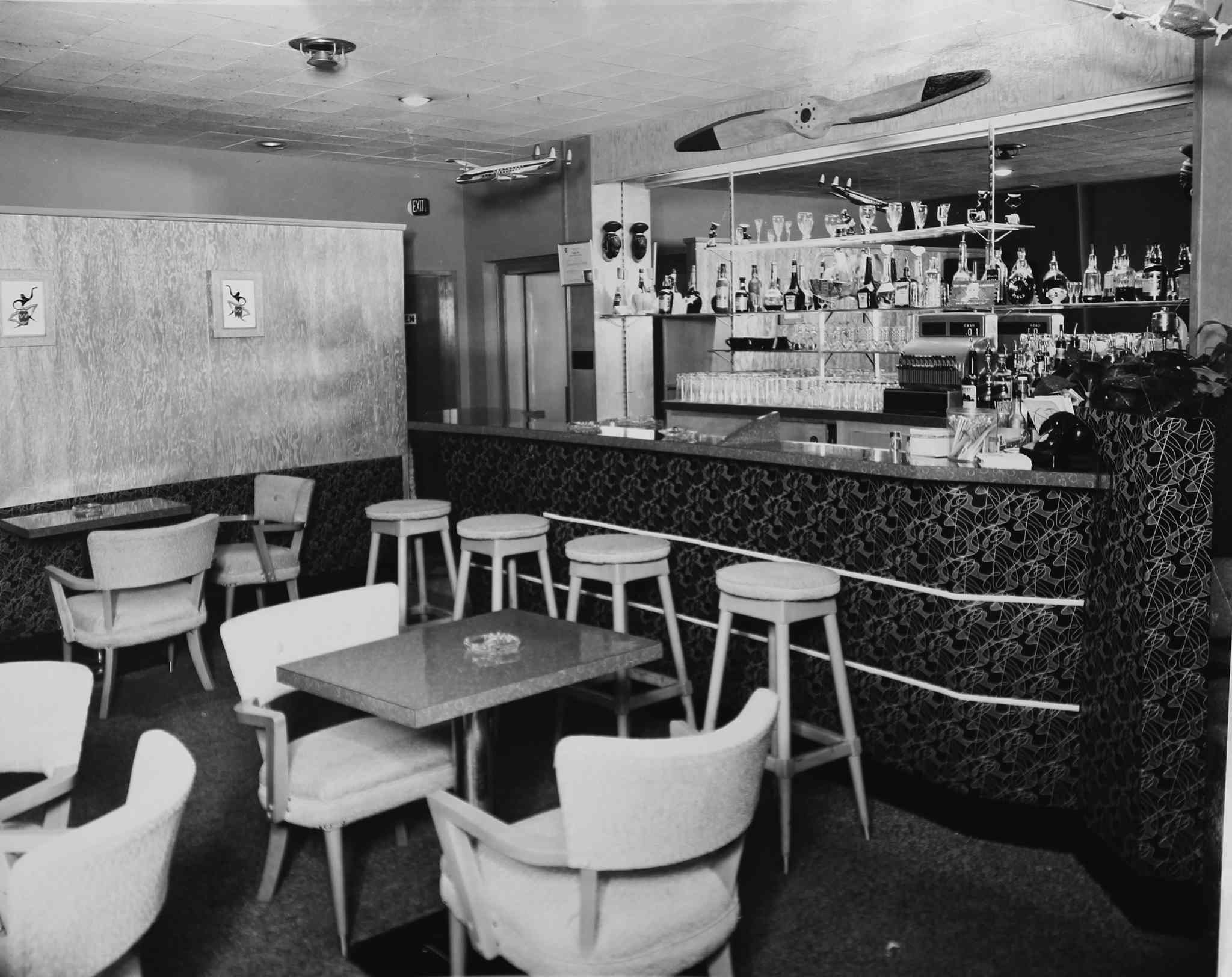 Readers remember beloved Winnipeg restaurants that have faded away 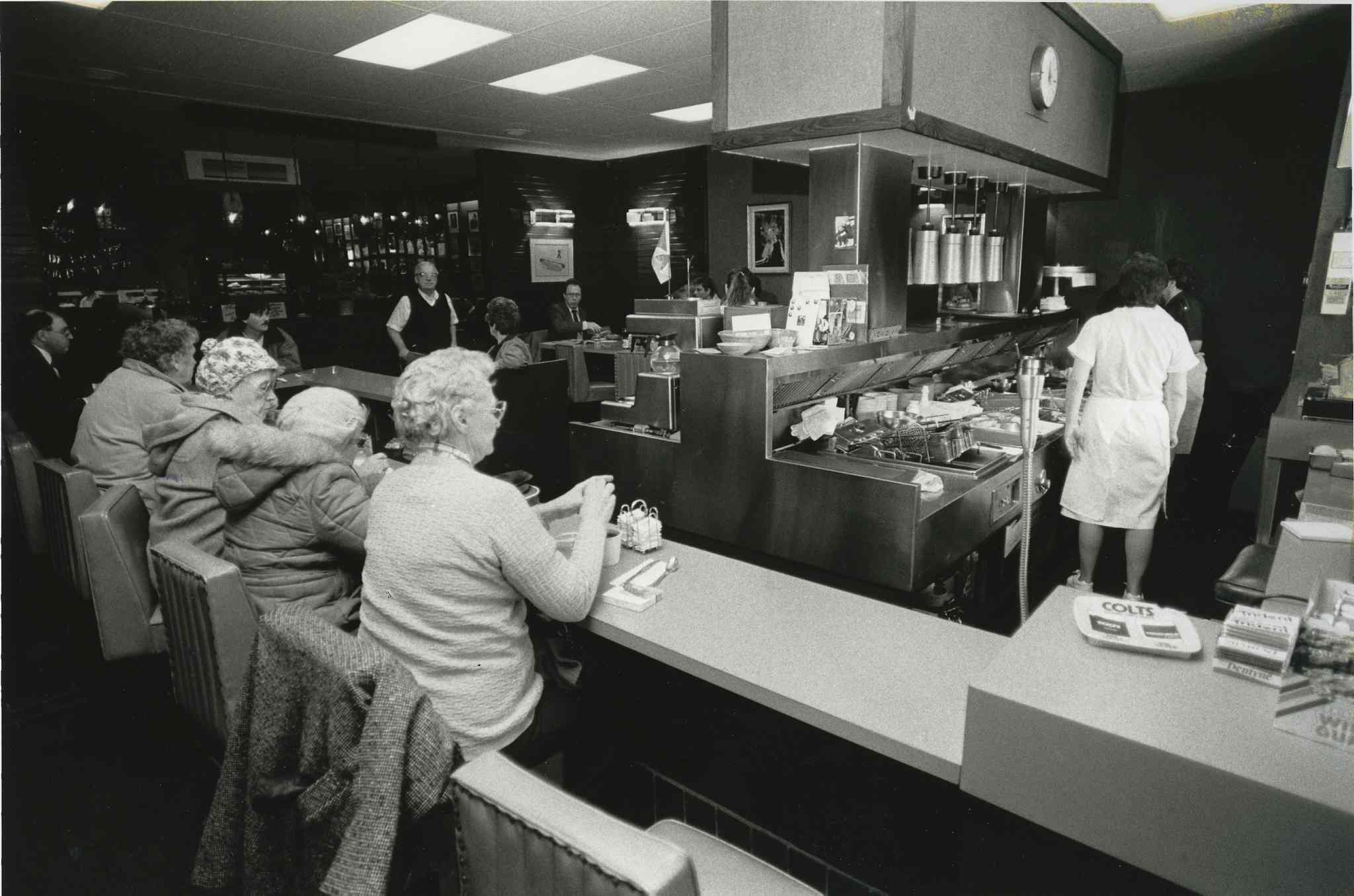