On Monday, Prime Minister Justin Trudeau stopped by Oh Doughnuts, a Winnipeg bakery, looking to pick up a few dozen of the local shop’s sweet treats to deliver to his cabinet’s retreat.

On Monday, Prime Minister Justin Trudeau stopped by Oh Doughnuts, a Winnipeg bakery, looking to pick up a few dozen of the local shop’s sweet treats to deliver to his cabinet’s retreat.

Calorie levels aside, it was an innocuous purchase and a fairly standard photo opportunity for a travelling politician. As he and other elected officials often do, Trudeau took to social media to share an image of the transaction, tweeting a message saying, “Thanks for the fuel, @OhDoughnuts. #shoplocal.”

Picked up some of Winnipeg’s best to keep us going through another full day of Cabinet meetings. Thanks for the fuel, @OhDoughnuts. #shoplocal pic.twitter.com/9vrgWnUdxo

Apparently, that was enough to warrant a torrent of trolls, some of whom were upset the prime minister didn’t buy a chocolate dip from a less expensive shop, or one tied to the national identity, like Tim Hortons.

With a simple transaction, Oh Doughnuts owner Amanda Kinden found her business with more attention than most local enterprises usually muster on a Monday afternoon, so, following Trudeau’s lead, she logged into the shop’s Twitter account.

“For all those folks complaining that @JustinTrudeau paid too much for our doughnuts when he could have got a dozen at Tim’s for $10, consider this,” she started, methodically refuting the trolls.

For all those folks complaining that @JustinTrudeau paid too much for our doughnuts when he could have got a dozen at Tim’s for $10, consider this:
-Tim’s isn’t Canadian owned;
-Many Tim’s owners have taken away breaks & benefits from their staff;

-A local Winnipeg Tim’s has locked their staff out over a 10 cent raise;
-Tim’s doughnuts are not made fresh in each shop-they are trucked in frozen from a plant in ON
-Tim’s does not use local or organic ingredients where possible, and their cups are not compostable;

We are locally owned;employ 30+ staff who enjoy breaks and have the option of joining a benefit plan;we use local butter, eggs and flour;our doughnuts are made fresh daily;we do our best to pay a living wage & never pay minimum wage;

We pay to compost our organic waste & offer compostable or recyclable packaging.

Our pricing reflects our respect for our employees,the environment and our commitment to quality, local goods. We are a small biz that really appreciated the sale on a cold Jan Mon morn. #cndpoli

She pointed out that the chain, named for longtime NHL defenceman Tim Horton, was no longer Canadian owned: in 2014, the company was acquired by Restaurant Brands International, which itself is owned by a Brazilian investment firm.

She also detailed many labour concerns shared by current and former Tim Hortons employees, including a recent lockout of unionized workers at a downtown Winnipeg location over demands for a 10-cent-an-hour pay raise.

“We do our best to pay a living wage and never pay minimum wage,” she tweeted, adding that the shop offers compostable or recyclable packaging.

“Our pricing reflects our respect for our employees, the environment, and our commitment to quality, local goods,” she added. “We are a small biz that really appreciated the sale on a cold Jan(uary) Mon(day) morn.”

The thread was a bit of a business coup, capitalizing on the existing public relations boost of a celebrity visit by reiterating the shop’s business ideology: in a single day, its Twitter account gained 1,000 followers and counting, its Instagram following grew by at least 2,000 (usually, about 100 new accounts follow every week), and orders were coming in almost-equal fervor.

A media frenzy was the last thing Kinden expected. Trudeau’s team had placed the order a day earlier, with no indication the mouths about to devour her company’s confections belonged to members of the federal cabinet.

"It was just a normal order, and that’s what we thought it was until they walked through the door," she said. Shortly after the prime minister tweeted, news outlets picked up on the story; dozens of reporters from across the country called, and within a few hours, talking heads on national broadcasts were talking doughnuts.

Kinden said Trudeau picked up batches of regular donuts, which run $35 per dozen, or roughly $2.91 per unit. His office also placed the order online, earning them a 10 per cent discount; the bill didn’t surpass $200, Kinden said.

Despite whatever the trolls said, support for the Winnipeg shop soon drowned it out: thousands of responses to both the thread and Trudeau’s tweet gave kudos to both the 23rd Prime Minister for supporting a local business and to the shop for asserting itself.

Plus, a cursory Google search for “Justin Trudeau and Tim Hortons” shows several pictures of him stopping at one of the chain’s 4,300+ locations. And in June 2019, the federal Liberal leader tweeted a photo of him visiting Tim Horton Memorial Camp, high-fiving children.

The federal cabinet retreat wrapped up Tuesday: there has yet to be any other menu-related kerfuffle. For now, Trudoughmania appears to be over.

Whiskered ways take one on the chin

Commons to get new NAFTA bill next week: PM 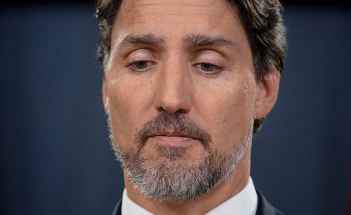 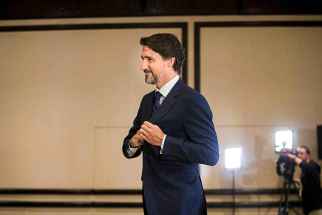 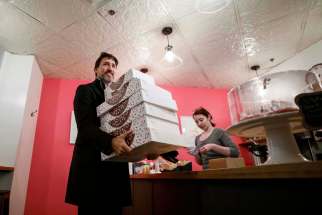 BMO banking on change by bringing Chief on board 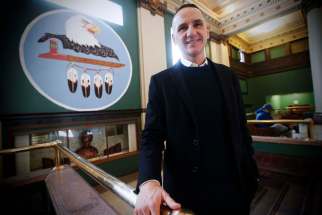 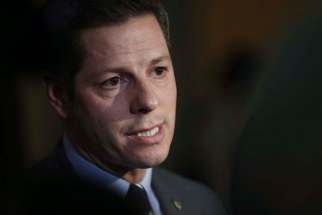 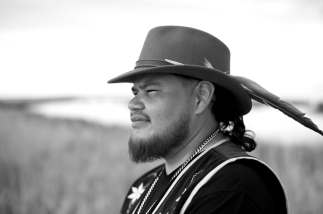 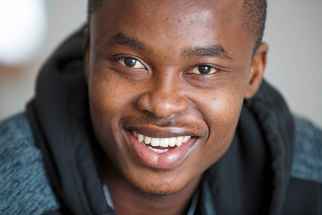