It was a balmy 11 degrees outside Tuesday afternoon, and the sun was warming the sidewalk on Corydon Avenue. In years past, weather like this — a signal that spring is finally here, maybe — would have been met by a bombastic patio crowd at Bar Italia, eager to seize the most out of the first taste of what some locals would call "shorts weather."

It was a balmy 11 degrees outside Tuesday afternoon, and the sun was warming the sidewalk on Corydon Avenue. In years past, weather like this — a signal that spring is finally here, maybe — would have been met by a bombastic patio crowd at Bar Italia, eager to seize the most out of the first taste of what some locals would call “shorts weather.”

Instead, the only person on the Cockburn Street pad was a regular named Mario, who had retrofitted the sliding plexiglass doors to add a walk-up window to the village staple, which for nearly 40 years has survived on the strength of patrons staying a while.

“It is extremely bizarre,” said Rhea Collison, the restaurant’s managing partner, whose roots to Bar Italia go back 35 years. But when a patio door is forced to close, opening a window seems like a logical option.

Restaurants across the city have been left no choice but to close or adapt, of late. It could mean developing an in-house delivery service, as Wall Street Slice has done via bicycle, setting up a pickup table outside, as Eadha Bread on Ellice Avenue has. In many cases, it has meant begrudgingly registering with second-party delivery services.

As the duration of physical distancing is unknown, the physical appearance and mechanics of the restaurant industry have begun to shift; there is no clear answer to when dine-in options will get the green light. For any establishment, it’s a startling proposition, especially for those as dependent on foot traffic as Bar Italia.

Local favourite Salisbury House is another example of a local legacy restaurant dealing with the closure of its ever-busy dining areas.

Local favourite Salisbury House is another example of a local legacy restaurant dealing with the closure of its ever-busy dining areas.

Six Sals locations, including the King Edward, Lombard, Ellice, Plessis, and Matheson shops in Winnipeg, have been temporarily shuttered, as has the Steinbach location. Six others have been converted to serve only take-out and delivery.

Meanwhile, the Sals store on Route 90 remains open for wholesale purchases of Sals products, as well as prepared meals for warming up at home.

After closing the indoor seating area to the public, the restaurant had set up a plexiglass divider in its entry area where pickups could be made. But Collison realized this was a temporary solution to what likely would be a long-term concern, so she got the ball rolling on the patio window.

The carpenter sketched out a plan; it was installed three days later. He was back Tuesday to install an exterior countertop to further improve the pickup process. The total cost of what Collison calls the “MacGyvered window” came out to about $1,000.

In a time of uncertain revenue, it’s not an expense to sneeze at, she said. “But we have to try.”

A similar investment was made at Santa Lucia Pizza, a few blocks west at the intersection of Corydon and Wentworth Street.

Manager Theodoros Chatziathanasiadis said the restaurant refitted a shuttered window on the Wentworth side two weeks ago as a way to protect both customers and the remaining staff; about half of the location’s workforce has been laid off.

“To be honest, I always go grab coffee at the drive through, so I thought, if we had a window, it would be better,” he said. It cost roughly $1,000, and Chatziathanasiadis said it’s the type of investment that was needed to continue operating the restaurant, whose large dining area has been dormant for 35 days.

As Chatziathanasiadis expected, the restaurant has seen a drop in sales, but so far, the window appears to have struck a chord with customers who are more than willing to stand outside and wait. On Friday night, a physically-distanced line-up to the small window actually snaked its way to the corner, he said — a small silver lining in what’s been a trying time for restaurateurs, especially ones with less local clout as Santa Lucia’s accrued over decades.

In a time of uncertainty, the only things restaurateurs can afford to be is nimble. Back at Bar Italia, that also means pondering delivery options and expanding its marketing efforts in the most traditional way possible: window displays.

On the front of the building, artist Pat Lazo painted decals advertising iced coffee, and above the new food-delivery portal, he spray-painted, Bar I Walk-Up Window to alert the public that it was there.

And once they built it, the customers came, even if patio season remains out of reach. For now. 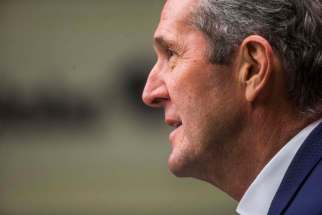 Lines open, but message not out 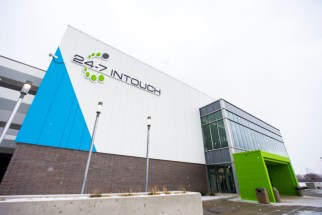 Province offers loans of up to $6,000 for businesses not getting help from Ottawa 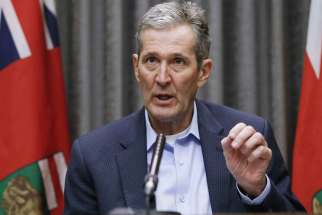 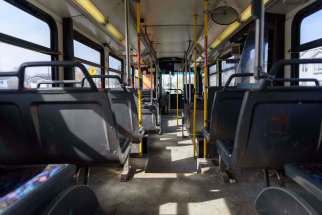 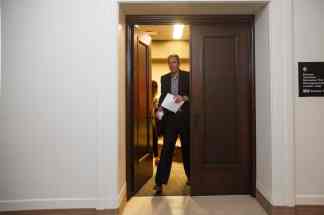 With doors closed, bars and restaurants turn to walk-up windows 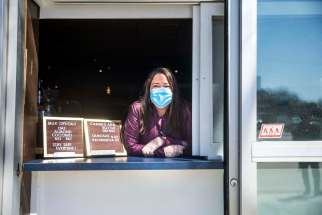 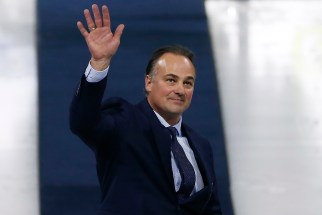 Pallister determined to do it his way 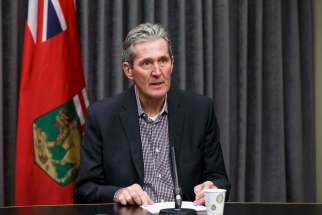