Don’t bother flagging down the waiter.

Don’t bother flagging down the waiter.

At least, you might not need to if you’re paying at a Winnipeg restaurant using FasTab.

Take Confusion Corner Drinks + Food: around 45 QR codes pepper the eatery’s tables. Diners scan the codes with their phones, leading them to a payment portal.

“Apple Pay and Google Pay, that’s going to be your quickest options,” said Zechariah Noiseux, one of FasTab’s founders. “You’re going to be able to pay… in like less than 10 seconds.”

Users can also pay via debit or credit through the program. Once finished, you can leave whenever, Noiseux, 26, noted.

The Manitoba start-up has partnered with more than 20 local restaurants, Noiseux said. Confusion Corner was among the first, launching FasTab’s program Nov. 20.

The technology is live at The Wood Tavern and Pauline Bistro in the Norwood Hotel. The King’s Head Pub, Cafe 22 and The Original Pancake House are among the restaurants set to use FasTab’s service in the new year, Noiseux said.

“As it’s Christmas time, we’re going to wait to implement this when it’s a bit easier to train and go through with the serving staff and management,” he said. “We’re gonna have new restaurants every couple of weeks.”

The idea began percolating with Carson Keck, a co-founder of FasTab, before the pandemic.

“I remember going out to a restaurant with a few buddies, and it took forever for us to get the bill and then to pay for the bill,” Keck, 28, said. “I thought there had to be a better way.”

He met Noiseux through a mutual friend. Noiseux, a former SkipTheDishes employee, had travelled through Europe and seen customers pay for meals via QR code.

“When (they) go out to eat, the last thing they want to do is have to wait another 15 to 20 minutes to get their bill.”–Zechariah Noiseux

“People are really tight on time,” Noiseux noted. “When (they) go out to eat, the last thing they want to do is have to wait another 15 to 20 minutes to get their bill.”

The two, along with a handful of partners and assistance from Manitoba Technology Accelerator, began developing the product.

During the pandemic, Keck and Noiseux would build free QR code menus and contact tracing programs for Manitoba restaurants — partially to help, and partially to get a pulse on the industry and what technology worked, Keck said.

A regular at Confusion Corner Drinks + Food approached manager Kevin Byrne around a year ago.

The man, who’s connected to FasTab, asked if the Corydon Avenue site could be a test restaurant for the start-up.

“If you and I are in a rush to get to the Jets game, literally we go back in (to FasTab’s site)… and we can just pay up,” he said.

Confusion Corner servers plug in customers’ orders through a point-of-sale system as people are ordering. FasTab’s technology connects with the system; people can check their tab (and pay) via the QR code right after talking to their waiter.

Once diners have paid, FasTab automatically closes the bill on the system, which servers can see.

“People don’t need… to use FasTab,” Noiseux said, adding some people at the table can pay by terminal while others use FasTab.

Both options allow for splitting the bill and tipping.

“We believe this is the way of the future,” Keck said. “Digital transactions, mobile payments are going further and further, becoming more a norm.”

Restaurants pay FasTab a transaction fee, Keck added. Neither he nor Byrne elaborated, but Byrne said the price was “extremely reasonable.”

“If you’re running a Friday night and your plate is full… this is going to help,” Byrne said.

Industry-wide labour shortages have contributed to longer wait times for the bill, said Shaun Jeffrey, CEO of the Manitoba Restaurant and Foodservices Association.

“We’re definitely in favour of (FasTab),” he said, adding such programs are one less thing for servers to worry about.

“(It’s) just about expediting the end process for people.”–Shaun Jeffrey

“(It’s) just about expediting the end process for people,” he said. “You still have to go through the initial 80 per cent of that hospitality circle before you get to the last 20 (when you pay).

“You need high energy, smiling people to be able to do that.”

The intention is not to cut staff, but to give workers more time to interact with customers, Noiseux said.

Jeffrey said more Winnipeg restaurants are embracing the new technology, but for some — amid high inflation, increased labour costs and worker shortages — it’s not feasible.

“There’s not a lot of expendable cash out there,” he said. “This might be on the low end of the totem pole from an importance point of view.”

Customers can view menus via FasTab’s QR codes and leave reviews after they’ve finished their meal. 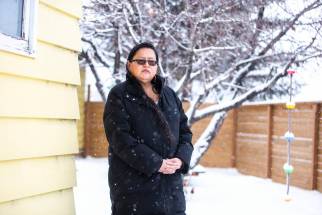 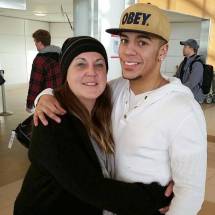 Elections Manitoba explains why Kirkfield Park result was so late 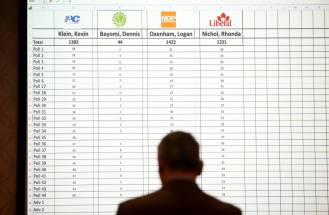 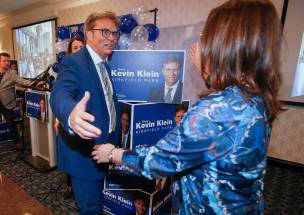 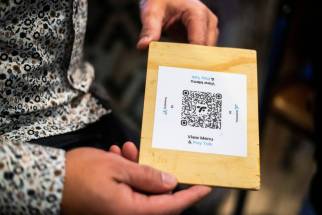 Outside Joke casts ghosts of past, present and in-the-moment for improvised A Christmas Carol 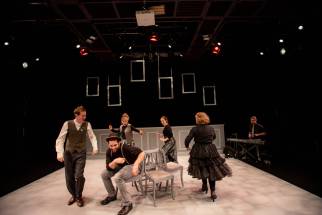 No end in sight for Ice arena saga 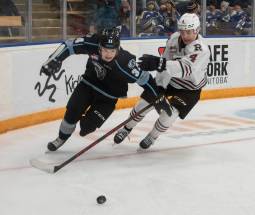 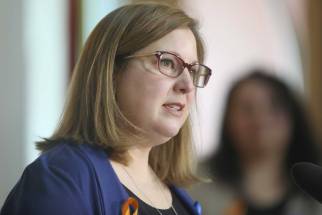 Klein’s narrow victory highlights troubles for both Tories, NDP Scrooge on the fly