In that same edition was a separate story on the epidemic currently being caused by the emerald ash borer. In a piece titled Last stand for Winnipeg’s ash trees, Ashley Prest quoted city officials as saying “it is inevitable” the city’s ash population will be obliterated within 10 years by the Asian beetles, which feed on a tree’s bark.

“It’s sad every time a tree dies, especially in Winnipeg where we have this absolutely phenomenal canopy. I would prefer they all survived and flourished but if one does need to be cut down, that doesn’t have to be the end of it,” says Weldon Neufeld, owner-operator of Treevival, a six-year-old enterprise that transforms dead or diseased trees and rescued lumber into rustic home decor. “My way of thinking is if handled properly, not all these trees need to end up in landfills or become wood chips. Not when they can be made into something beautiful that can be enjoyed for another 150 years.”

Last summer Neufeld was operating a booth at a pop-up event in Kenora, offering funky-looking items such as natural edge serving boards, tea light holders and sound amplifiers for cellphones and iPods. Thirty minutes after another vendor engaged him in conversation, the fellow returned to Neufeld’s station, only this time to apologize.

“He told me he was sorry because the first time he stopped by, I guess because most of what I’d brought along was on point and hip, he’d made the assumption I was selling my kids’ stuff,” says Neufeld, 63, with a chuckle. “I was like, hey, it’s all good but yeah, a bit of a back-handed compliment, for sure.”

Neufeld, a married father of two sons, grew up in rural Manitoba. He’s been working with wood so long, he says, he can’t remember precisely how old he was when his father, who still builds and markets his own creations at the age of 91, first stuck a saw in his hand.

In the late 1970s, Neufeld belonged to Woodwrights, a woodworking cooperative based out of a building on Main Street, near Kildonan Park. After a few years selling custom pieces of furniture to make ends meet, he and his wife Arlene moved to Jamaica. For the next several years, he helped an economic development agency in that country establish a woodworking factory in Discovery Bay. Following that, he returned to Winnipeg, catching on as a research and development consultant for a local furniture manufacturer.

“Even though I wasn’t actively creating things during the 20 or so years I spent in that job, in the back of my mind I still was,” he says, seated in a lawn chair in his driveway, steps away from his double-garage-turned-workshop. “I’d go to a trade show and spot something made out of metal or fibreglass and immediately wonder how to make a similar product, except out of wood.”

Eleven years ago Neufeld was a victim of downsizing. Unemployed for the first time in a long time, he asked himself two questions; 1) how long did he have to work before he could even think about retiring and 2), did he want to spend however long that period turned out to be doing something that didn’t fulfill him on a creative level? Answering “no” to his second query, he started a home restoration/renovation business with a few friends, a move that eventually led to the birth of Treevival in 2013.

“There comes a point when you’re my age, on your hands and knees for hours on end pulling up flooring and whatnot, when you begin to think, ‘OK, maybe it’s time to leave this to the younger guys,’” he says, reaching for a glass of water. “That’s when I started tossing around ideas of what would be a little easier on my body but at the same time still challenging and stimulating.”

Referring to himself as “an arborist-chaser as opposed to an ambulance-chaser,” Neufeld explains he sources wood primarily by working in partnership with tree removal companies, loading unwanted logs into the back of his 4×4 once they’ve completed their duties. From time to time, he also subscribes to the children’s code of finders-keepers. This spring, for example, he spent a couple hours wrestling a weathered stump up a steep incline and into the cargo area of his truck, after spotting it washed up on a riverbank near the north Perimeter, while he was out running errands. (Once it’s cleaned up and fully dry, it’ll make a perfect base for a glass coffee table, he surmises.)

Never sure what consumers are going to be drawn to most, Neufeld is constantly coming up with new ideas. Charcuterie boards sealed with a coat of oil — he refers to them as “a piece of Winnipeg history,” while delivering his sales spiel — have been a top seller lately, he says. So have coaster sets he makes out of salvaged wood from a former RCAF training hangar near Virden or — he shoots, he scores — old hockey sticks.

“I’ve always been a bit of a collector and for years, I had a bunch of wooden sticks gathering dust in a corner of the basement. First I wondered if I could I turn them into mirror frames but later thought no, why not try something more hands-on… more tactile.”

Because each coaster is made from different parts of a stick, no two are the same, he goes on. And because Winnipeggers are hockey-mad 12 months out of the year, he jokes with women customers, telling them buying a set for a boyfriend or husband might be the best way to get them to actually use a coaster.

Besides pop-up markets (to see what he’s up to next, check out his Facebook page https://www.facebook.com/treevival), Neufeld’s wares are also available at Generation Green on Main Street and Made Here, a Manitoba-centric gift shop in the Lombard concourse. Or if it’s larger pieces you’re interested in, you can get an up-close look at his handiwork at Cocoabeans Bakeshop on Corydon Avenue, for whom he built a fir counter, or while you’re sipping on a cool one at Little Brown Jug, 336 William Ave.

“Kevin (Selch, founder of the microbrewery and taproom) got in touch, saying he had all this material from an old livery stable and wanted to know if I could use it to make outdoor furniture. It turned out to be sort of an innovative project, where the pieces are multi-functional and can be arranged in different manners, as opposed to a bunch of picnic-type tables. Their patio was recently featured in a Swedish design magazine, so that’s something to be proud of, I guess.”

As for what lies ahead, Neufeld says six years in, he’s still taking things one felled tree at a time.

“People ask about business plans except I’ve never really had one. I simply enjoy the challenge of making things. It keeps me busy and the income helps supplement whatever else I’ve got going on. Plus, when I’m cutting into a piece of wood, I still take a moment to breathe it all in. It’s like a cup of coffee first thing in the morning. You never get tired of that smell.” 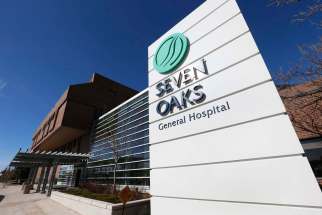 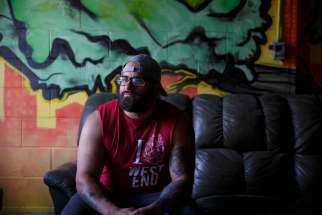 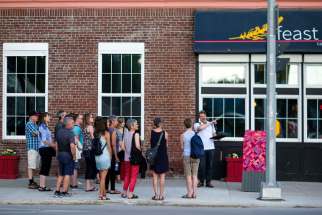 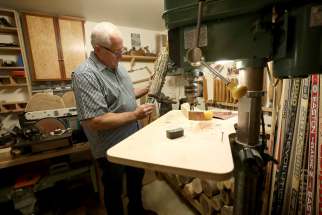 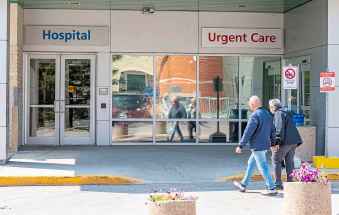 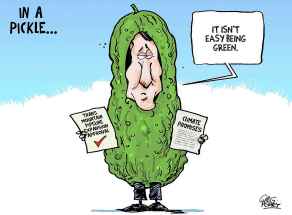 Tours de force The good, the bad and the ugh…ly