Graeson Fehr, founder of Fehr Forgeworks, a West St. Paul-based enterprise specializing in one-of-a-kind, handmade knives, gets it all the time.

Graeson Fehr, founder of Fehr Forgeworks, a West St. Paul-based enterprise specializing in one-of-a-kind, handmade knives, gets it all the time.

Whenever he’s a registered vendor at a pop-up event or craft show, as he will be Sunday when he takes part in the second Manitoba Night Market & Festival of the summer (1-11 p.m. at Assiniboia Downs), passersby invariably pause in front of his booth, eye his meticulously crafted wares — everything from carving knives to pocket knives to finely etched Bowie knives — and begin directing questions to his father, often positioned to his right.

“They’ll start asking about this or that and he’ll shake his head going, nope, it’s all him, pointing over at me,” Fehr says, seated inside his parents’ double garage, a section of which serves as his everyday workspace.

“I certainly don’t take any offence when that happens. If I was them I probably wouldn’t expect to see a person my age doing this kind of thing, either.”

Fehr, 21, is a bladesmith, an old-world trade similar to a blacksmith except he uses a hammer and tongs, among other tools, to fashion sharp-edge knives almost exclusively. The Asper School of Business student got into the field innocently enough. At the age of 13 the self-described Star Wars nerd decided what he wanted most in life was a suit of armour matching that of Mandalorian bounty hunter Boba Fett. Employing skills he learned in Grade 7 shop class, he used a pair of tin snips to cut scrap metal into the desired sections.

He was so pleased with the fruits of his labour that, being a history buff as well, he immediately repeated the process by using some old ductwork to build a breastplate and arm dressings replicating what would have been worn by a medieval knight.

“I ended up wearing that second suit of armour to school for Spirit Week. It was pretty toasty, not to mention a little uncomfortable to sit in. I do remember there was a dance-off competition I entered wearing my full suit of armour, which drew a lot of cheers,” says the Calvin Christian Collegiate alumnus.

Fehr, also an outdoorsy type, soon turned his attention to hunting knives. He briefly considered casting, which involves pouring liquid metal into a preformed mould and letting it cool down before removing it. But after doing his homework and discovering how precarious working with molten metal can be — accidentally spill some on a garage floor and the concrete could explode, he discovered — he gave smithing a shot, figuring it would be far safer.

“I still make a lot of knives out of actual railroad spikes. They’re super popular with Winnipeggers what, with this being a railroad town, and all.” – Graeson Fehr

But not always. Pulling down the collar of his T-shirt, he shows off a few of his battle scars. “I promise you, getting hit with pieces of 2,000-degree (Fahrenheit) steel isn’t as much fun as it sounds,” he says.

His first forge, built out of a broken pallet, discarded bricks, copper pipe and an air mattress fan, was primitive, to say the least. But after his grandfather, a farmer from the Morden-Winkler area, lent him a hand replacing it with a “decent-enough” hearth, he made his first knife, one with a long, curved blade that wouldn’t have looked out of place in an episode of Vikings.

“I was so excited at the ability to turn hard steel into anything I wanted,” he says, grinning from ear to ear. “I showed that knife off to absolutely everybody I knew. I barely slept that week because I couldn’t stop thinking about what I was going to create next.”

While Fehr now works primarily with professional, knife-grade stainless steel, that wasn’t the case early on. Before he opened his Etsy shop in 2017 (his first sale, a replica of a dagger discovered in King Tut’s tomb, went to a buyer in Dawson City) he was making knives out of whatever pieces of scrap he could get his hands on, be it lawn mower blades, mattress springs… even rusty bicycle chains. Also, instead of carving handles out of exotic woods such as cocobolo or wenge, two of his go-tos nowadays, he was working primarily with reclaimed two-by-fours. (“That was a huge rabbit hole in itself, learning about carpentry and what type of wood complements what variety of metal,” he says.)

“Smithing can get really expensive really quickly and because I wasn’t exactly sitting on a huge pile of money, I used anything and everything, pretty much,” he says, noting the weathered anvil he’s spent thousands of hours hammering away on is more than 150 years old and once belonged to his great-great grandfather.

“I still make a lot of knives out of actual railroad spikes. They’re super popular with Winnipeggers what, with this being a railroad town, and all.”

“I bought my husband a knife for Father’s Day. I don’t want to mess this up but I think it was an all-purpose knife, something you can take with you hiking, camping or hunting. All I know is it’s gorgeous and Derek, my husband, was very happy with his gift,” Kremski says.

Prior to accepting Fehr’s vendor application, Kremski and her associate Charla Smeall did a “deep dive” into Fehr Forgeworks, learning everything they could about the owner, including his age. Judging by how polished and professional-looking his work is, Kremski admits if they hadn’t done their research they never would have guessed he’s in his early 20s.

“Besides being the nicest guy on the planet he’s also insanely talented,” she says. “His craftsmanship is unreal; he has true, natural talent and I continue to be blown away by his work.”

A bit of both, Fehr says when asked whether the fact he was already running a successful business when he enrolled at Asper gave him a leg up on his fellow students, or if what he’s studying at university is a boon to his bottom line?

“I’ve been doing this as a source of income for a while now and it’s been really interesting applying some of the things I’m learning at school — accounting principles and supply management, especially — to what I do here,” he says.

“In one class we had to do a Dragon’s Den-style pitch and the second our instructor told us, I was like, ‘Perfect, I know exactly what I’m going to be up there trying to sell.’”

To date, Fehr, a member of North Forge Technology Exchange, where he took a course that taught him how to use a computer-operated router to cut blades to size before sharpening them on his home sander, has shipped knives to every province in Canada, and every state in America. Customers from as far away as Hong Kong send him shots of his knives in action, including a fellow from Hawaii who has bought several already and treats each one like a work of art by framing it under glass. (Even better: ask him to show you a pic of the knife he sent to a fellow from Louisiana who once used it to fend off a wild boar in the bayou!)

And while he enjoys the challenge of custom orders — quite often somebody will spot a knife or dagger in a TV show such as Game of Thrones and send him a photo or drawing asking if he can duplicate it — he admits it’s not always easy saying goodbye.

“Sometimes I finish a knife, and while I’m examining the edge or testing it out I think, ‘Man, this is exactly what I would want in a knife,’” he says. “Plus, many of those custom designs are so unique you can tell at a glance they didn’t come off an assembly line.”

With just under two years to go before he gets his degree, Fehr is already planning the next step. Lately he’s been working with different distributors in an effort to get his blades, which range in price from about $60 for a mustard patina steak knife (he soaks the steel in actual mustard to achieve the pattern he’s after) to $195 for a 10-inch filleting knife to $330 for a stainless steel chef’s knife, into retail locations across the country. Once that occurs, he doesn’t see any reason why Fehr Forgeworks can’t be his full-time occupation for however long he wants it to be.

“I’m very open to where God leads me. It’s been a lot of fun and I’m growing at what I believe to be a good, steady pace. I’ve already invested quite a bit of money back into the business by buying new equipment, including a three-burner forge shipped over from Lithuania. For the time being at least, everything seems to be trending up.”

Before we go, we were curious to know if being a bladesmith never having to struggle carving the Thanksgiving turkey, ever again.

“It’s funny you should say that because no, the cutlery in the house is mostly store-bought, conventional stuff,” he says with a chuckle. “Every once in while I’ll get frustrated when I’m cutting carrots or whatever because the knife I’m using is so dull. Slicing cheese with a machete might sound a little extreme but I do admit there have been times when I was preparing a snack and I slipped out into the garage to grab one of my own.” 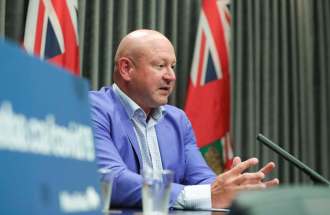 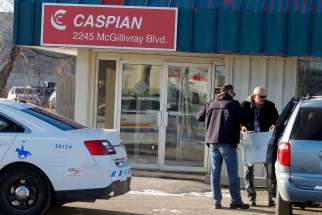 No trouble in the bubble 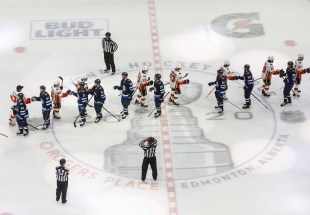 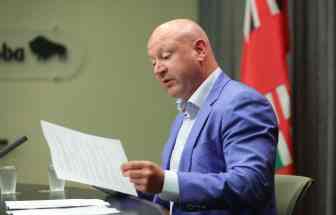 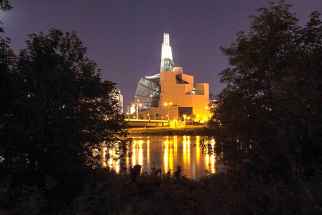 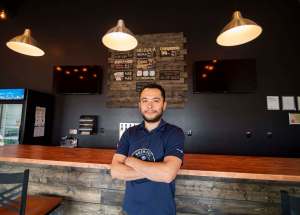 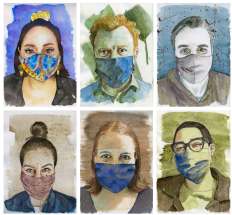 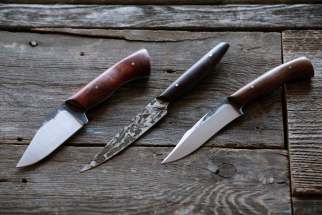 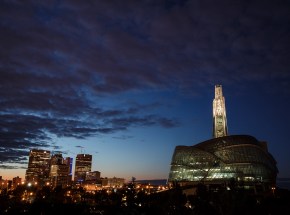 Embraced by escape CMHR faces long road back to credibility