For the past 24 years, it’s been a surefire sign the holidays are just around the corner in Winnipeg.

For the past 24 years, it’s been a surefire sign the holidays are just around the corner in Winnipeg.

You can’t see them in person, but you can help the Angel Squad this year by visiting misericordiafoundation.com and clicking the “Donate Now” button.

Or pick up your phone and text ANGEL to 20222. Or make out a cheque to Misericordia Health Centre Foundation and mail it to 99 Cornish Ave., Winnipeg, MB., R3C 1A2

“It always marks the start of the holiday season,” says Lisa Stiver, chair of the foundation’s board. “You can drive across the bridge and see squads of angels. It’s an event the whole community comes out for and it starts them thinking about the philanthropy they’ll do over the holiday season.”

This year, however, the squad’s wings have been clipped by the global COVID-19 pandemic, because no one — especially not a health centre — wants a heavenly gathering of angels to be transformed into a super-spreader event.

With their volunteer angels grounded, the foundation has launched an online campaign with the goal of raising $25,000 in the 25 days leading up to Dec. 1, the day marking the Angel Squad’s 25th anniversary.

It’s a disappointment for the teams of volunteer angels — including health centre employees, local politicians, media personalities and hordes of excited schoolchildren — but organizers realized it wasn’t safe for in-person angels to take flight amid a pandemic.

“I’m disappointed, but the fact we’ve been able to come up with an alternative way to honour the tradition is fantastic, because there is no way we could have done it safely in person,” says Stiver, who has strapped on a halo and wings for the last 10 years.

The foundation hopes to make would-be donors misty-eyed and encourage them to open their wallets by posting the heart-tugging stories of 25 veteran Angel Squad volunteers — one each day up to Dec. 1 — on social media and their website, misericordiafoundation.com.

For Mandy Green, student activities co-ordinator at Balmoral Hall School, the highlight came in 2015 when 1,275 halo-wearing Winnipeggers braved the freezing cold to break the world record (1,039 held by Hauzenberg, Germany) for the largest gathering of angels.

“The Guinness Book of World Records year in the Mulvey playground was so cool!” Green declared in her school’s angel story on the website.

I can state from personal experience as an Angel Squad volunteer, there is nothing like standing on an icy bridge, gown billowing between your legs, halo wobbling on your head, while flapping your arms in an effort to entice motorists to pull over and donate to a great cause.

Manitobans are preparing to celebrate a holiday season unlike any other in memory. We’d like you to share your stories of people going above and beyond to celebrate the season.

Heidi Klaschka, the health centre’s director of communications and a 13-year angel veteran, noted the cold can freeze a volunteer’s extremities, but the event always leaves their hearts wrapped in a warm and fuzzy feeling.

“I can tell you all sorts of tales of angel wardrobe malfunctions — halos flying off and going across traffic or volunteers with their angel gowns tucked into their snowpants,” Klaschka says, laughing.

“Last year, a police patrol car stopped by to donate and some of our new angels hopped in the back to have their picture taken in the back seat of a patrol car. Angels aren’t normally locked in the back of a police car, but the officers thought it was hilarious.”

“We didn’t want this year to be a disappointment for them (long-term residents). We wanted to still find a way to bring holiday joy to people at Misericordia in a safe way.” – Lisa Stiver, chair of the Misericordia Health Centre Foundation board

In this year’s online Angel Squad campaign, donations are going to bring comfort and joy to the more than 200 older adults in long-term care at Misericordia.

“We didn’t want this year to be a disappointment for them (long-term residents),” Stiver says. “We wanted to still find a way to bring holiday joy to people at Misericordia in a safe way.”

Stiver says a $25 donation will buy a package of games, puzzles and resources for mindfulness for residents, who are coping with less one-on-one time with recreation instructors and heightened visitor restrictions amid the surging health crisis.

“For a $50 donation, we can buy a set of books for adults with mild, moderate or severe cognitive disabilities to help them improve their brain function,” she says. “A $100 donation will help buy supplies for the music program, including MP3 players. Even a small donation can purchase something meaningful.”

Traditionally, Stiver spends one day as an angel on the bridge outside the health centre, then a second day putting on the halo and wings with colleagues at her law firm, Thompson Dorfman Sweatman (TDS Law). “Lawyers aren’t usually perceived as big angels, so seeing my colleagues dressed up as angels is great,” she says, laughing.

On Dec. 1, the day the Angel Squad would normally take flight, the foundation will light five donated trees in front of the health centre to mark the silver anniversary, then move them to Misericordia Place’s gardens to brighten the holidays for residents.

If you want to earn you own wings in a tough year, Winnipeg, just open your wallet and donate online to a truly heavenly mission. 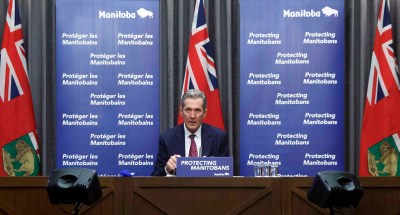 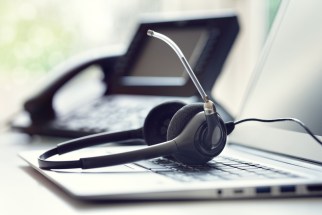 Province not entirely practising what Roussin preaches on working from home, union says 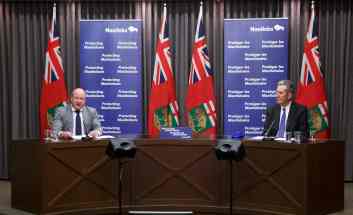 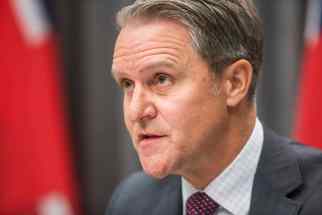 Know when to fold ’em 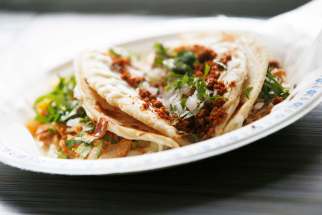 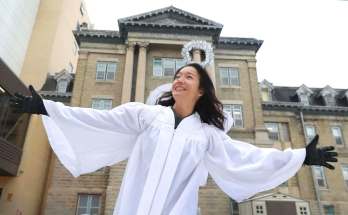 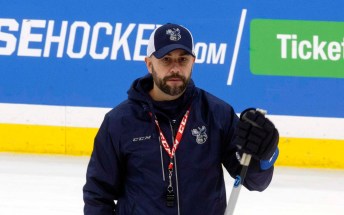 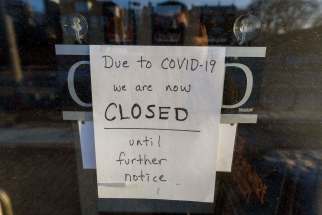