St. Vital woman's frozen polar bears nab her a slot on Live with Kelly and Ryan

The Bears on Barrington are going big time.

The Bears on Barrington are going big time.

The popular U.S. daytime TV talk show Live with Kelly and Ryan will be airing a segment this week showcasing a Winnipeg woman who turned the front yard of her Barrington Avenue home in St. Vital into a polar bear playground.

Hosts Kelly Ripa and Ryan Seacrest will be chatting Thursday morning with Vinora Bennett, a 40-year-old married mother of three whose rapidly growing display of lifelike polar bears sculpted from snow and ice has become a tourist attraction for passing motorists.

“I’m so pumped. I’m so excited. I couldn’t say no, because my neighbours and my sister would kill me if I said no,” Bennett says about appearing on Live with Kelly and Ryan, which airs weekdays at 8 a.m. on CTV.

“It’s out of this world. I thought, ‘OMG, this is crazy!’ It hasn’t even really sunk in yet,” the novice snow sculptor says of the prospect of being watched by millions of viewers. “It happened so fast. I never thought it would snowball to the extent it did. I’m very nervous about this interview.

“I hope I know what to say. I’m in disbelief. It just started with building a snowman. I had no idea I could even sculpt anything out of snow. I’d never done it before. I hope people are proud of me and I don’t make a fool out of myself. I hope they (Ripa and Seacrest) don’t ask me any Jets questions.”

Earlier this month, sick of having nothing to do during the lockdown and wanting to put a smile on the faces of passersby, Bennett, armed with a plastic bucket, a snow shovel and a carving knife, sculpted a mother bear and cub parked in front of a fishing hole cut into the ice.

The reaction from pedestrians and passing motorists was so enthusiastic she went on a bear-building binge and there are now two dozen bears — some smiling whimsically, others roaring silently, one climbing a tree — patrolling her yard and the lawns of neighbours.

Live with Kelly and Ryan reached out to the Free Press to get in contact with Bennett after this newspaper published a story and photographs Jan. 12 featuring her frozen menagerie.

The talk show’s executive producer, Michael Gelman, said in an email interview Bennett’s bears will be featured Thursday morning as part of a regular segment called “Live’s Good News Story of the Day,” in which the two hosts interview interesting people with positive stories to share.

“Our team is always on the lookout for great stories,” explains Gelman, who makes frequent appearances on the show and holds the world record for most morning-talk-show episodes produced by the same person. “They (the Bears on Barrington) just bring a smile to your face, something all of us need right now.”

“Live is very popular in Canada, and several of our Travel Trivia callers over the years have been from Winnipeg,” Gelman writes. “More recently, last season we featured an audience member from Winnipeg as part of our ‘I in Live’ interview series that showcased members of the in-studio audience.”

When informed by this columnist that Ripa and Seacrest, two of the most famous faces on the planet, wanted to interview her, Bennett’s initial reaction was: “Who are they?”

Later, Bennett, who does not get cable TV, confesses: “I had to Google what the show was all about. I did recognize the people on the show when I Googled it.”

A seasonal employee with a family-run stucco company, she is delighted to know that millions of people around the world will learn more about her chilly hometown simply because she started making snowbears to give people something to smile about during the COVID-19 pandemic.

“My plan is to just be myself. That’s all I can do,” says Bennett, who bought a “Winterpeg” sweatshirt to wear for the broadcast. “I guess I’ll have to get somebody to tape (Thursday morning’s show) for me.”

The collection of 12 sculptures featured in the Free Press has now grown to 24 adult and baby bears. The biggest problem is the first-time sculptor has run out of snow and space in her own yard, forcing her to branch out.

“I did a bear and cubs on another neighbour’s yard the other day,” she says. “I borrowed a wheelbarrow and took snow from a small empty lot nearby. I also built one bear with two cubs on the boulevard.”

Without enough snow in her St. Vital yard, she visited the family cottage in Lac du Bonnet last week and trucked some of the white stuff home.

“I filled up two garbage bags full of fresh snow from the lake,” she says, laughing. “I put it in the truck and drove it all the way back to the city. I used those two bags of snow to touch up all my bears. We had a few nice days and when it’s beautiful outside they start to melt and their noses fall off.”

The bears are also more than a diversion; they are raising money for a local charity, Winnipeg’s Union Gospel Mission.

“When the crowds started coming, more and more people asked me if I had a donation box. I had never thought about that,” Bennett says. “People wanted to donate. We put a donation box out and it’s been out for about two weeks now and we have raised $2,000. It feels really good.”

Bennett says she never expected her bears to be so popular at home, let alone draw the attention of one of the most popular TV talk shows on the planet. Notes dropped off in her mailbox thank her for delivering joy amid the trials of the pandemic, and ask her to build bears at local retirement homes.

“We have people coming throughout the whole day, from first thing in the morning to late at night,” she says. “It’s just been wild. The highlight has been the children. They’re absolutely loving it. It’s really bringing our neighbourhood together.

“It’s opened my eyes — there is still so much good in the world.” 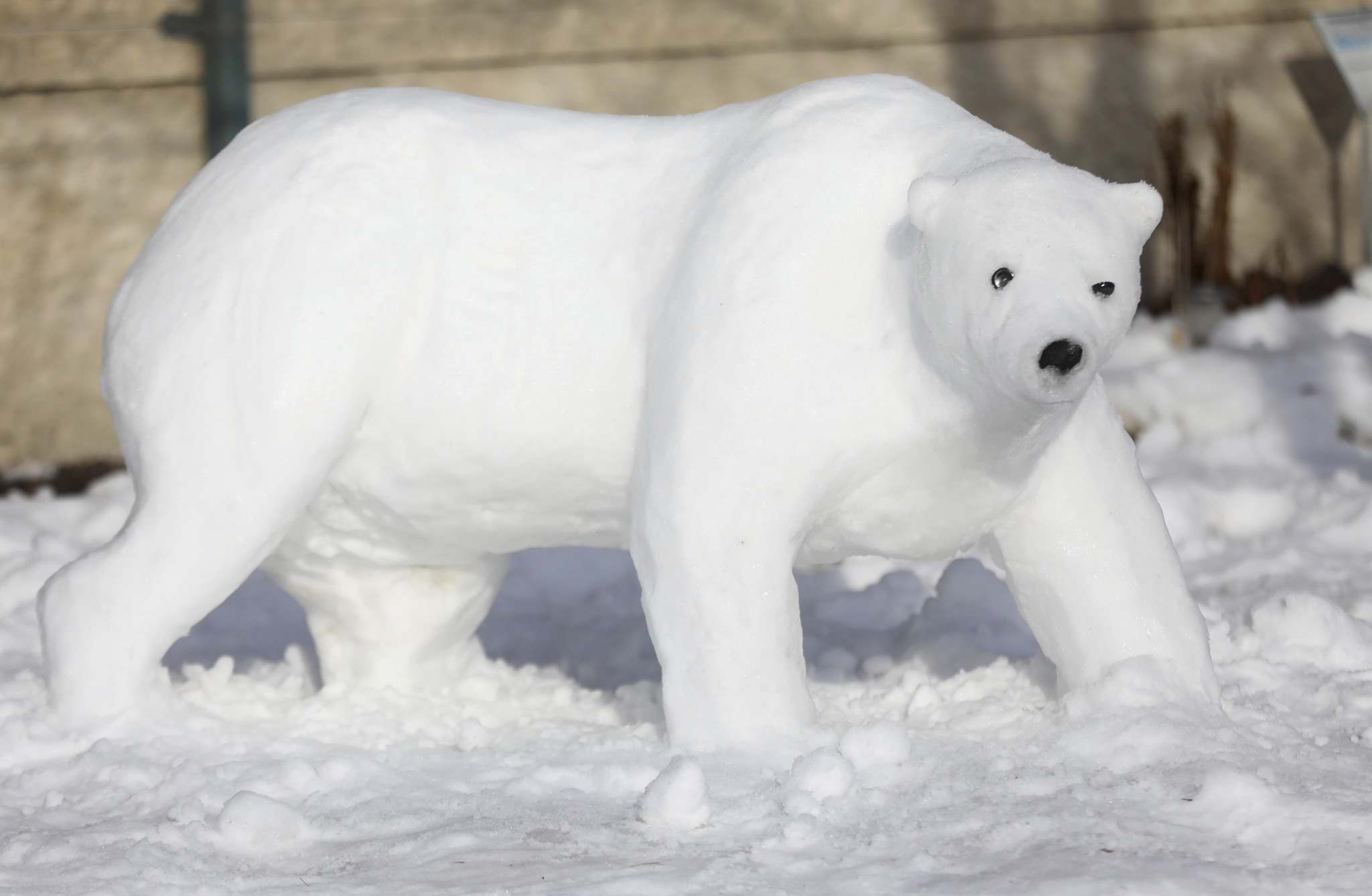