Like many people, my heart was recently stolen by a charming 600-kilogram (or 1320-pound) walrus nicknamed Freya.

Like many people, my heart was recently stolen by a charming 600-kilogram (or 1320-pound) walrus nicknamed Freya.

Over the past few weeks, Freya has been frequenting the Oslo Fjord, an inlet on Norway’s southeastern coast, where she could be seen hoisting her impressive body onto docked boats to lounge in the sun, sometimes sinking them in the process.

This quickly became a problem. Freya, like all walruses, needed a lot of rest (up to 20 hours a day) and to be left alone — girl, same — but people didn’t leave her alone. People took pictures of and with her. Some people threw things at her to get her attention. Some people were even seen swimming with her.

This story has an incredibly tragic — and avoidable — ending. On Sunday, Freya was euthanized.

“The decision to euthanize the walrus was made based on an overall assessment of the continued threat to human safety,” Frank Bakke-Jensen, head of Norway’s fisheries directorate, said in press release. The release went on to say that other solutions, including relocation, were considered but ultimately found to be “not a viable option.”

What makes her death particularly crushing is that people were, in fact, repeatedly warned that this would be Freya’s fate if they kept stressing her out by not keeping their distance. In fact, Norwegian authorities were planning to let the walrus do her thing since she was feeding, resting, and looked to be in good condition. However, that was also contingent on the public doing their part and keeping their distance from her.

But the public disregarded those warnings, and now, Freya is dead.

This is not the first time humans have endangered both themselves and wildlife by getting too close, with the animal ultimately paying the price. In 2019, a friendly black bear was euthanized in Oregon after it became too familiar with people who were feeding it and taking selfies with it.

Outrage about Freya’s death was swift, directed at both Norwegian officials who made the call to euthanize, and the public who kept harassing her.

People were certainly familiar with Freya; I was literally teary-eyed when I read the news on Sunday and I know I’m not the only one. Outrage about Freya’s death was swift, directed at both Norwegian officials who made the call to euthanize, and the public who kept harassing her.

Freya became a risk for the same reasons she became a sensation — and the same reasons that so many are mourning her death. She was given a name, after the Norse goddess of love and beauty. She seemed friendly, or at least not afraid of humans, which isn’t necessarily the same thing. She had a personality projected onto her, with people talking about Freya’s “hot girl summer.” (I did this, too, I recognize: to me, Freya will always a majestic boat-loving queen.)

All of those things delighted us and made us care about her, but it’s possible that all that over-familiarity also sealed her fate. Perhaps it made people think of her like a pet or a zoo attraction, not a wild animal to keep one’s distance from, emboldening them to get too close, too often. Even calling her ‘Freya the Walrus’ makes her sound like a Beanie Baby, not a 600-kilogram wild animal who might pose a safety risk to humans if stressed or provoked.

In a Facebook post, Rune Aae, a researcher at the University of South-Eastern Norway who has been tracking Freya, called Norway’s decision to euthanize her hasty — “and another example of a trigger-happy gun management, for which Norway is already well known.” Especially since, as he points out, school holidays are about to end, which would have cut down the number of looky-loos considerably, and Freya, who has been roaming the North Sea for two years, probably would have moved on shortly anyway.

Throwing things at an animal or crowding them so you can get a photo is horrible, arrogant behaviour, and her death is the tragic outcome. Instead of having Freya pay with her life, perhaps Norway could have fined the humans who decided that their photos and encounters were more important than the fate of a beautiful, innocent mammal who didn’t deserve any of this.

RIP, Freya. If I owned a boat, I would have let you sink it, undisturbed. 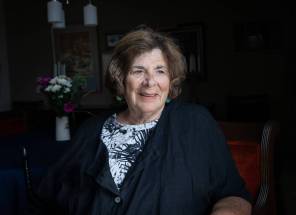 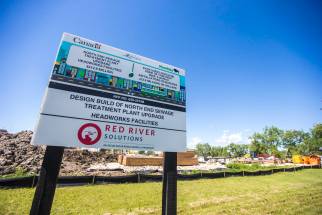 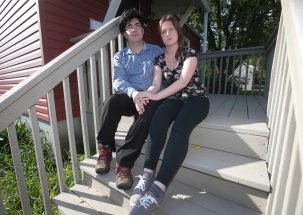 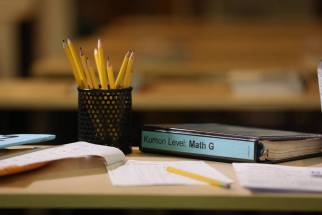 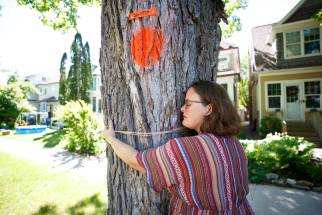 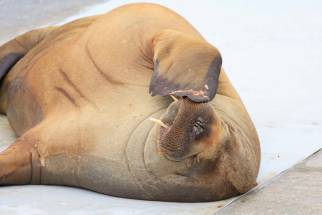 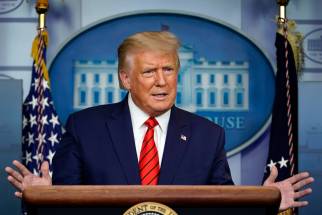 Requiem for an elm Temperatures rise after Mar-a-Lago raid