Federal figures suggest Canada is awash in government-approved cannabis, but some provincial cannabis distributors would beg to differ.

Federal figures suggest Canada is awash in government-approved cannabis, but some provincial cannabis distributors would beg to differ.

Yet for provincial cannabis distributors, licensed cannabis stores and shoppers across Canada, the supply of regulated marijuana has been far from "sufficient."

A private cannabis store in Newfoundland shut it doors for good this week, citing a lack of supply. Quebec’s provincial marijuana monopoly has slowed expansion plans due to product shortages. New Brunswick’s cannabis retailer recently laid off about 60 staff, with supply issues a possible culprit. Ontario’s government blamed "severe supply shortages" for its decision to license just 25 cannabis stores for the entire province this spring, and Alberta pumped the brakes on its store licensing process to ensure enough supply for existing outlets.

The months-long dearth of legal cannabis on store shelves has seen governments, producers, wholesalers and retailers all pointing the finger of blame at each other. In reality, there’s no single factor that neatly explains the exact nature of the shortfall, but in some cases it appears finished inventory simply hasn’t reached distributors on time.

"We had it in our plan that for October 17, we would have ordered enough for at least three months worth of product, and we would then have another order which would fulfill us for six months," said Chara Goodings, a senior communications officer with Alberta’s provincial cannabis distributor Alberta Gaming, Liquor and Cannabis.

"And we’re still trying to get to the original amount we should have had on October 17."

Some of Alberta’s 15 licensed cannabis suppliers have fulfilled their supply obligations, Goodings said, but others haven’t. (She wouldn’t name names.) The producers who failed to deliver blamed various "logistical challenges," she said, especially trouble applying the Canada Revenue Agency’s cannabis excise tax stamps, which must seal every package of legal cannabis before it can be shipped.

Those tax stamps are a key reason that some marijuana producers have had trouble getting finished product to provincial distributors, according to Allan Rewak, who represents a number of licensed cannabis producers as executive director of the industry association Cannabis Council of Canada.

"The stamps come with no adhesive on them, and so building up an automated supply chain to process those and apply those to product (was) problematic from the initial stages, and some companies continue to struggle with that," said Rewak.

Plus, each province and territory has its own unique stamp. If a stamped product doesn’t sell in one jurisdiction, Rewak said, it needs to be re-processed before it can be sold elsewhere.

Those kinds of logistical hangups are no excuse for failure to deliver, said an executive from a relatively small cannabis producer.

"If they’re saying, ‘Oh, it’s just hard for us to package up these kinds of volumes and get them out,’ I would say, ‘Well, how much do you enjoy revenue?’" quipped Dan Sutton, founder and CEO of Tantalus Labs in British Columbia.

But getting legal cannabis off the plant and to a distributor definitely takes a great deal of time and close attention to regulatory detail, Sutton said. At Tantalus, the process takes at least 10 weeks from harvest. That allows time for drying, trimming, inventory management, quality assurance testing, packaging, and finally, shipping.

"All of this comes with a huge regulatory reporting burden, both for Health Canada and the (Canada Revenue Agency), as well as specific complications for each distribution body in any given province," said Sutton. "So yes, this is complicated."

Some cannabis industry players have blamed the weed shortages on Health Canada’s painstakingly slow licensing process for new producers. In a statement, Health Canada spokeswoman Tammy Jarbeau wrote the federal cannabis regulator "has no intention of taking action that could compromise the health and safety of Canadians or the integrity of the legal system of production" by relaxing the licensing regime.

"The overall level of supply continues to grow month over month as licence holders expand the productivity of already approved production space and as Health Canada reviews and approves licence applications and expansions," wrote Jarbeau.

"To fully stock our stores and to keep up with customer demand, we should receive a minimum of 400 kilograms of product per week," wrote Cannabis NB spokeswoman Marie-Andrée Bolduc by email, in response to an interview request. "We currently receive approximately 105 kilograms per week."

The situation looks similar in Manitoba, where licensed cannabis stores have been carrying limited varieties of dried bud over the past few months.

"We recognize there is a disconnect between what Health Canada is reporting and the reality experienced across the country," wrote a spokesman for Manitoba’s provincial cannabis wholesaler Manitoba Liquor and Lotteries, which offered a statement in place of an interview.

‘If they’re saying, ‘Oh, it’s just hard for us to package up these kinds of volumes and get them out,’ I would say, ‘Well, how much do you enjoy revenue?’ – Tantalus Labs CEO Dan Sutton

"Collectively we are encouraging Health Canada to work in a more transparent and proactive fashion in order to help us identify where the available inventory, if it exists, where it is located and how bottlenecks, if any exist, can be resolved."

Wherever that inventory is, not every province can access it equally: provincial governments have all signed their own supply agreements with different companies. Complicating matters further, some of the 19,085 kilograms of finished cannabis Health Canada recorded in inventories on Dec. 31 could be sitting with producers that the regulator hasn’t yet approved to sell cannabis, according to industry analyst Deepak Anand.

"It could take a long time for people to get those sales licences," he said.

"It’s important to recognize, just because cannabis is available doesn’t necessarily mean that that is completely what the consumer wants," said Allan Rewak of the Cannabis Council of Canada.

Tantalus Labs CEO Dan Sutton agrees. He divides cannabis shoppers into two categories, roughly speaking: those who want as much psychoactive THC as possible at the lowest price, and those willing to pay extra for a more sophisticated product. He expects it will take about two years for both kinds of customer to consistently find the kind of bud they want in licensed stores.

"If, obviously, a hundred producers or so were qualified to meet consumer demand, both in that price-sensitive and that quality-sensitive segment, we wouldn’t be seeing these issues," said Sutton.

"So it is likely that more producers will have a positive effect on chasing that equilibrium — but in terms of timelines, we’re all looking into a crystal ball." 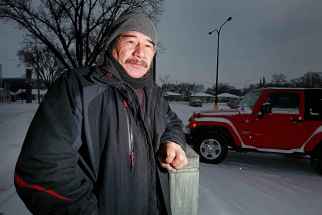 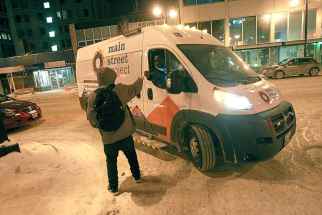 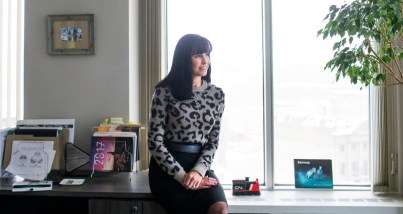 Where is the weed? Federal figures say Canada is rolling in it, but supply is drying up at the retail level 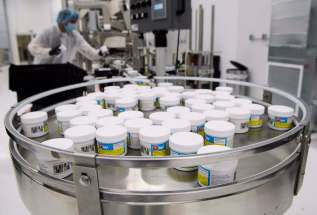 With their sweet harmonies and far-out threads, The Very Groovy Things transport audiences to hippie heaven 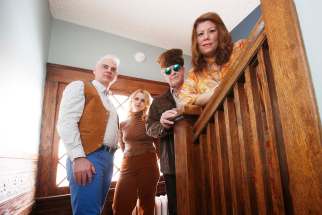 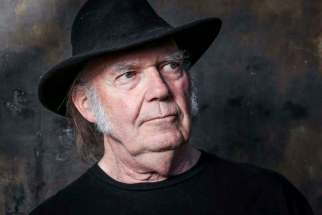 Underneath femicide data is incalculable pain and sadness 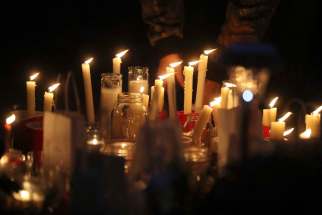 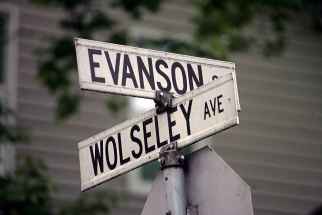 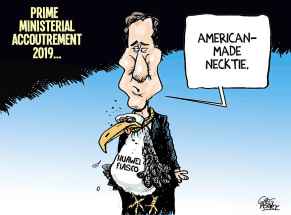