During the past year, Sophie Freynet-Agossa and her four children have attended weekend masses in Winnipeg, Montreal and several American cities.

During the past year, Sophie Freynet-Agossa and her four children have attended weekend masses in Winnipeg, Montreal and several American cities.

Not in person, though. They were virtual services, after the global pandemic closed Manitoba houses of worship for more that half of the last 12 months.

“We had a variety (of experiences),” Freynet-Agossa said of attending virtual Roman Catholic masses from her family’s home in St. Boniface.

“In a way, we’ve exposed the kids to a bigger church without travelling.”

Since COVID-19 hit Manitoba a year ago, people of faith faced challenges unlike any other time in recent memory, dealing with both complete lockdowns and reduced capacity, limiting their ability to publicly practise their religion.

Catholics such as Freynet-Agossa had a few more opportunities than those in other faith traditions; masses took place when religious gatherings were permitted by public-health regulations. Some religious groups have not opened their doors to congregants for a year.

Even as restrictions have loosened recently, allowing up to 25 per cent capacity to a maximum of 100 people, it’s still difficult to take a family of six to mass, said Freynet-Agossa, who has kept her children, ranging in age from almost three to nine, mostly at home for their own safety.

Yet she’s found a few blessings in this past year through virtual visits to other parishes, listening to online conferences and following a podcast called Bible in a Year.

“Times of trial helps us rely more on God,” said Freynet-Agossa, who co-ordinates the marriage and family programs for the Archdiocese of St. Boniface.

“I feel like that is the lesson for people in the Old Testament and for us, too.”

Winnipeg’s Jewish community leaned on those ancient stories of floods, plagues, slavery and persecution as well over the past year, finding in them hope that life will get better, said Rabbi Yosef Benarroch of Congregation Adas Yeshuran Herzlia.

“We’ve had terrible events in our history and we’ve always come through,” said Benarroch, who grew up in the North End and now commutes between Winnipeg and Israel, where his wife, seven children and seven grandchildren live.

As rabbi of an Orthodox congregation, Benarroch navigated different waters than some other traditions. When all religious groups were shut down and were encouraged to worship virtually, Benarroch had to close the River Heights-area synagogue for Saturday morning services because Orthodox Jews do not use electricity on the Sabbath.

He holds daily video services and classes, but Jewish laws forbid working on the Sabbath, which includes turning on a computer or logging into a virtual platform. They are allowed to use appliances and lights turned on before Sabbath begins at sundown Friday.

“On Sabbath we were not able to do virtual services, so we just prayed at home,” he said.

Judaism also requires a quorum of 10 people — called a “minyan” in Hebrew — for prayer, especially the Kaddish prayer for mourners. During lockdown, that became more difficult since Orthodox Jews, unlike Conservative and Reform Jews, do not recognize the validity of a virtual quorum.

“When you pray as a community, you don’t just pray for yourself,” he said.

Being unable to regularly attend community prayer remains one of the most difficult aspects of the pandemic restrictions, said a longtime member of Winnipeg’s Muslim community.

“I’ve been here for 50 years and I’ve seen the community grow, and I know almost everyone who comes to the mosque to pray,” said retired businessman Liaquat Ali, who ran food services out of Winnipeg Grand Mosque before the pandemic.

In addition to dealing with the closure of the mosque several times over the past year, Ali struggled with not being able to attend friends’ funerals when pandemic protocols limited attendance to only five or 10 people at different points during the year.

“That was one of the most depressing times in my life, when someone in the community passes away and you couldn’t attend,” said Ali, who sat in his car at the cemetery during a graveside service to pay final respects to a good friend.

Through it all, prayer remains constant him, even if he can’t attend the mosque.

“Our faith teaches when you are upset, in order to release yourself, just go and start praying.” – Liaquat Ali

“Our faith teaches when you are upset, in order to release yourself, just go and start praying,” the grandfather of three said of turning to prayer more than the five times a day required of Muslims.

With another Muslim holy month of Ramadan beginning April 13, the mosque leadership will draw on the experience of 2020, said Idris Elbakri, president of the Manitoba Islamic Association.

For the second year, the community’s patience will be tested as members will again be prevented from attending large gatherings.

“This concept of patience is all pervasive in Islam and Muslims are called to try to internalize the adversity that comes in life,” he said. “We understand life to be a trial.”

As many denominations and faith traditions made a swift pivot to virtual or recorded services, they’ve also realized practising their faith is not limited to the four walls of a church, synagogue, temple or mosque.

“We’re not worshipping God only inside the building,” said Rev. Shannon McCarthy, executive minister for three western Canadian regions of the United Church of Canada.

“We’re not worshipping God only inside the building.” – Rev. Shannon McCarthy

She said some United Churches have remained closed for the last 12 months, worried about the safety of their members and others in the surrounding areas, while those in rural or smaller communities have held worship when possible, following pandemic protocols.

Now the concern is whether people will return when it is safe to do so.

“I think we can survive it and I think we have to be deliberate about reaching out and coming back,” said McCarthy.

That question of who will return also worries Metropolitan Archbishop Lawrence Huculak of the Ukrainian Catholic Archeparchy of Winnipeg.

He said he believes people can get through the pandemic stronger in their faith, just as Ukrainian Catholics emerged from decades of communism in Ukraine. But he also recognizes that everyone and everything will be different.

“We have to adjust to the new time that will come,” said Huculak, who also serves as the head of the Ukrainian Church in Canada.

Whatever the shape of post-pandemic life, Freynet-Agossa knows faith will continue to be central in her life, and she is looking forward to attending weekend mass again with her whole family.

“It’s one of the most important parts of my week,” she said. 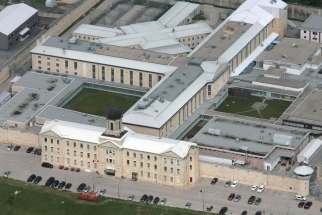 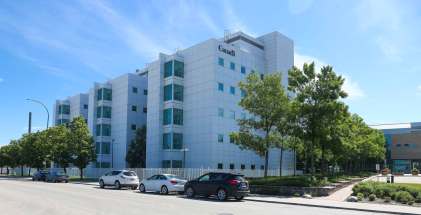 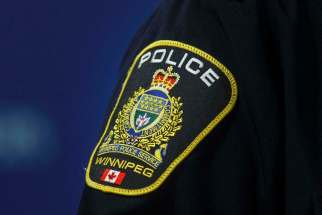 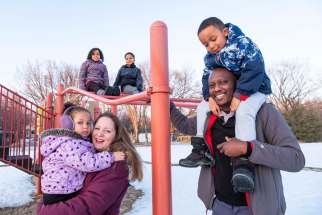 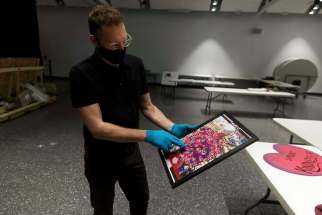 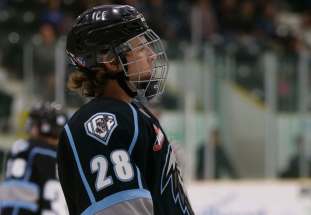 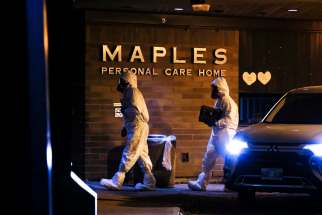