‘Move forward in a spirit of forgiveness’

Brenda Morrisseau hopes many Indigenous people can begin to heal and move forward with their lives, now that Pope Francis has apologized for the Roman Catholic Church’s role in residential schools.

Brenda Morrisseau hopes many Indigenous people can begin to heal and move forward with their lives, now that Pope Francis has apologized for the Roman Catholic Church’s role in residential schools.

“I hope we can all start to put it in the past now,” she said. “I hope we can move forward in a spirit of forgiveness and reconciliation.”

Morrisseau, 57, of Sagkeeng First Nation, has held a positive view of the Roman Catholic faith for a long time.

“The priests and nuns I know are all nice people,” she said of those who have served the community over the past 20 or so years.

“I have nothing bad to say about them. We can’t take out the past on them. They weren’t there.”

She knows other Indigenous people don’t feel that way.

“There’s a lot of anger towards the church,” she said. “I see it in the community, and on social media.”

Morrisseau, who has experienced inter-generational trauma as a result of residential schools, understands why so many are angry.

“So many people suffered in residential schools,” she said. “So many of the stories are sad.”

That includes her parents, both of whom went to residential school in Sagkeeng/Fort Alexander, along with some of her eight siblings.

“They never talked about it,” she said of her parents. “The school robbed my mother of her confidence. She lost her voice. She was smart and strong, but she remained quiet for the rest of her life.”

Despite her experiences at the school, her mother “never lost her faith,” she said.

Her father turned to alcohol. “He said it wasn’t really a school, he never learned anything useful,” she said. “They just put him to work.”

As for her siblings, none of them are connected to the church now. “That makes me cry,” she said.

Morrisseau, who does community development and comprehensive community planning for Indigenous communities in Manitoba, doesn’t downplay the terrible things that happened in the schools.

“I know it’s true,” she said of the abuse many experienced.

“They took away our language and culture and tried to make us white. But that is not who God made us to be.”

But anger towards the church isn’t the answer, she said.

“Being angry all the time won’t get us anywhere.”

“Being angry all the time won’t get us anywhere,” said Morrisseau, who combines Christianity with traditional Indigenous teachings and practices.

“It scares me to see it, to see what it is doing to people.”

What also worries her is “if they are passing it on to their children, creating another generation of angry people.”

Morrisseau was glad to hear Pope Francis acknowledge the Roman Catholic Church’s role in the residential schools. She hopes it helps people start to let go of their anger.

“I’m hoping it will start the healing,” she said. “Reconciliation isn’t about blame. It’s about forgiveness and healing.”

Morrisseau is one of about 40 residential school survivors, or their children and grandchildren from Manitoba, who travelled to Edmonton on a bus sponsored by the Archdiocese of Saint Boniface. 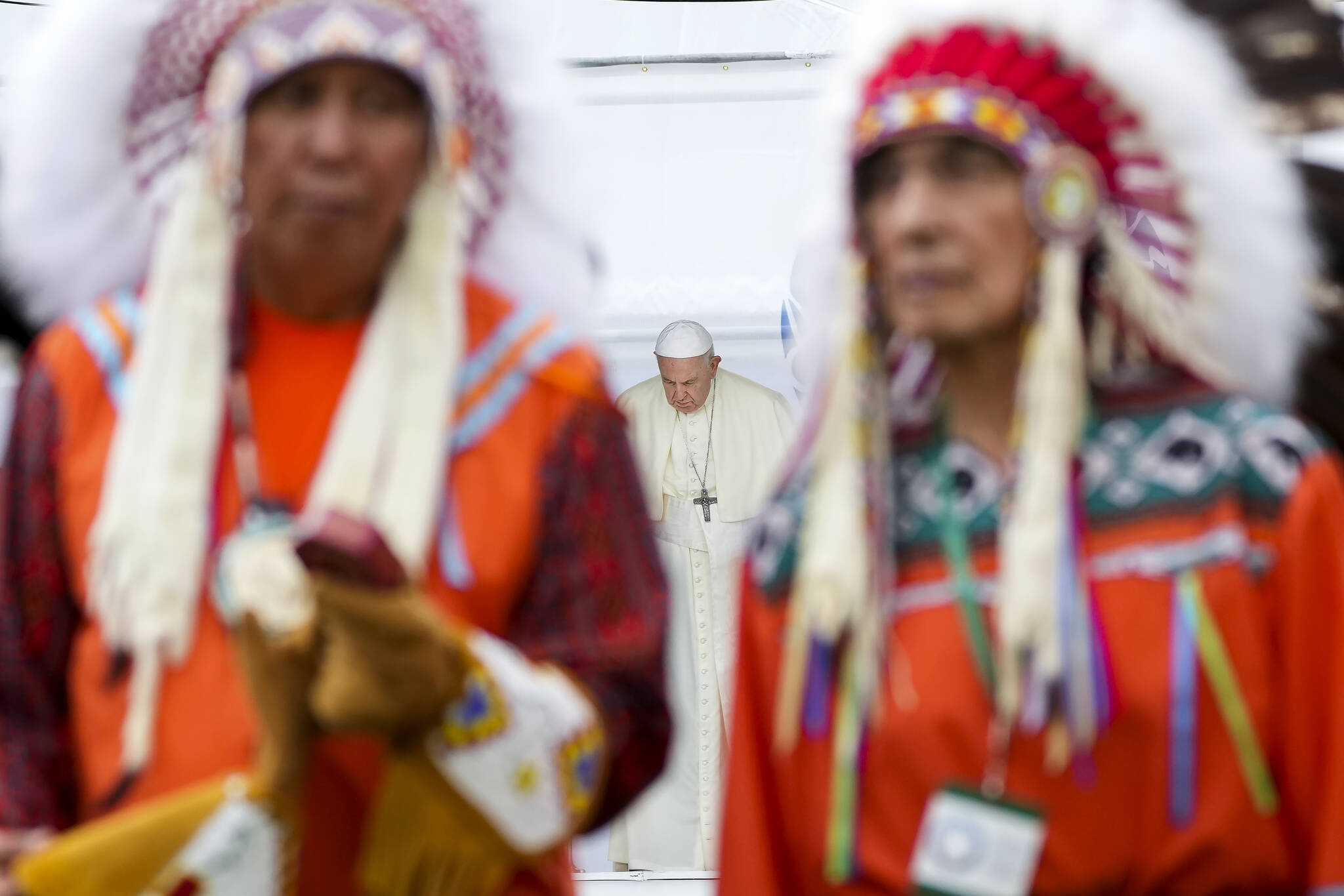 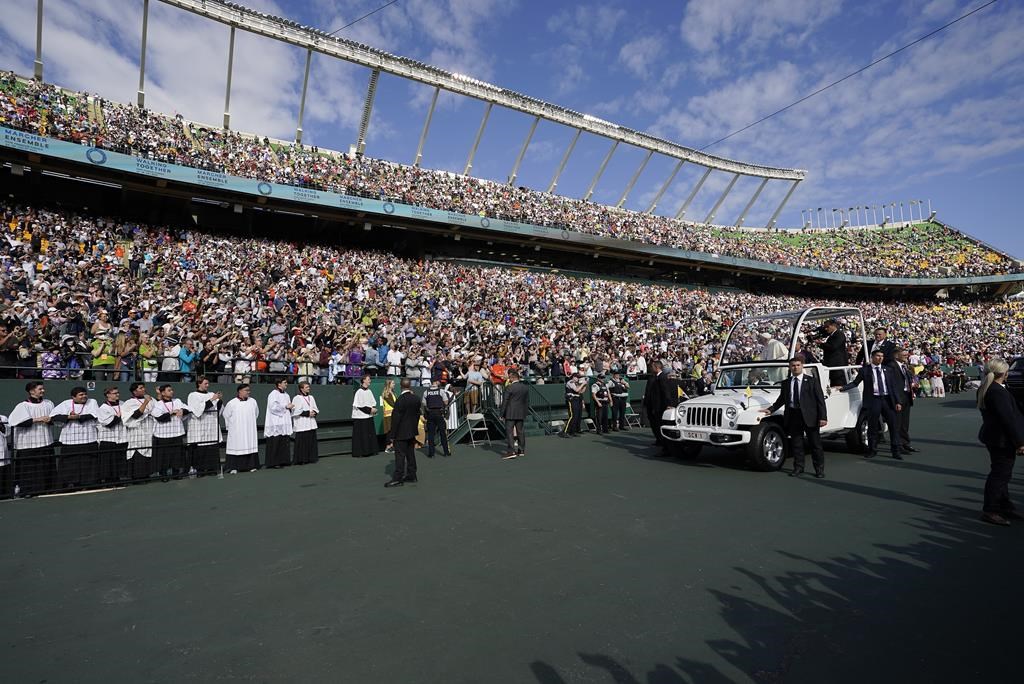 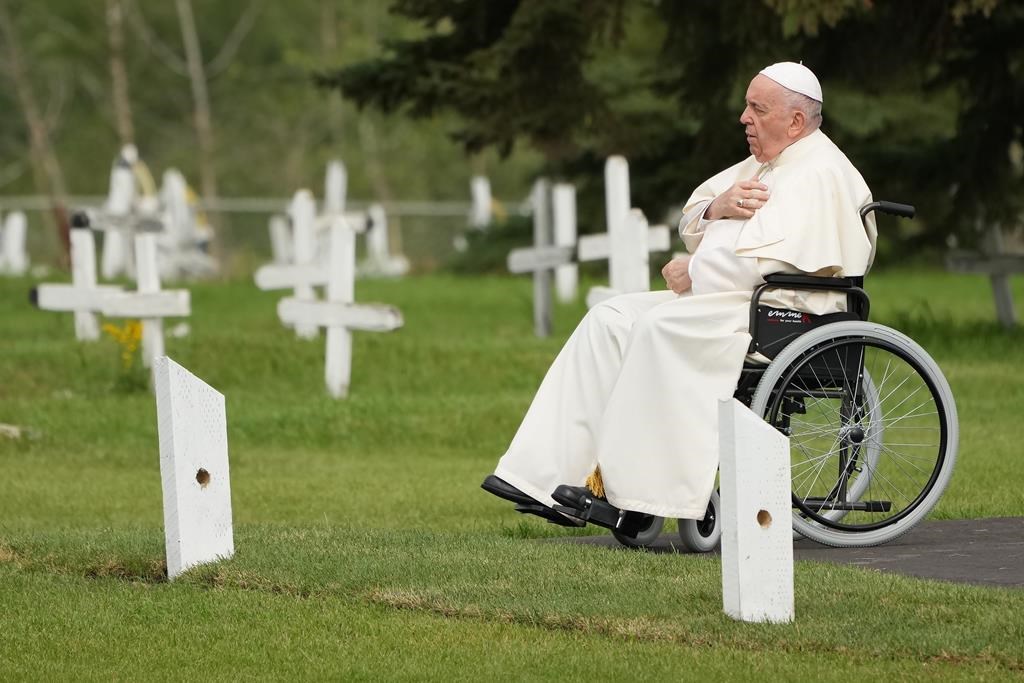 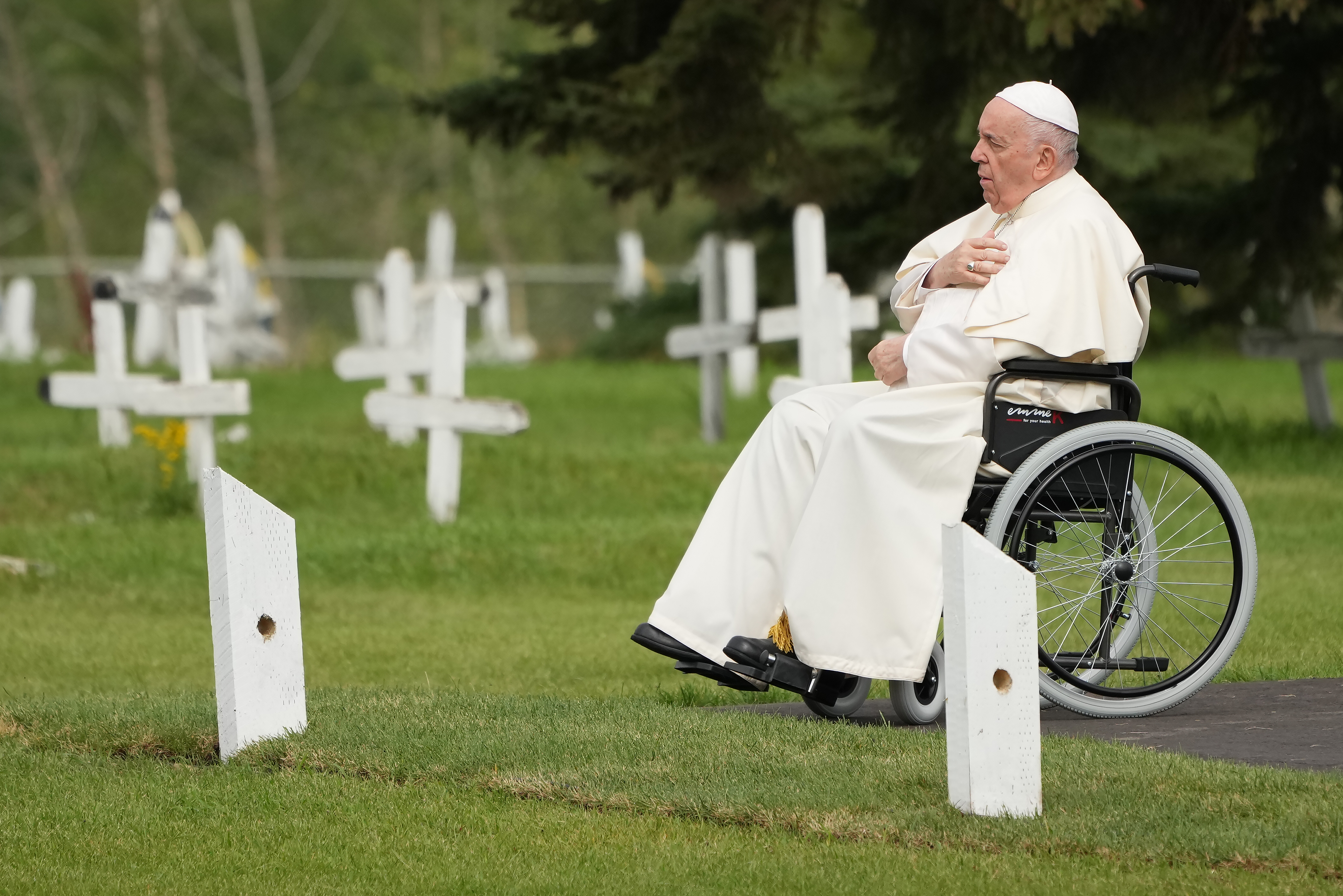 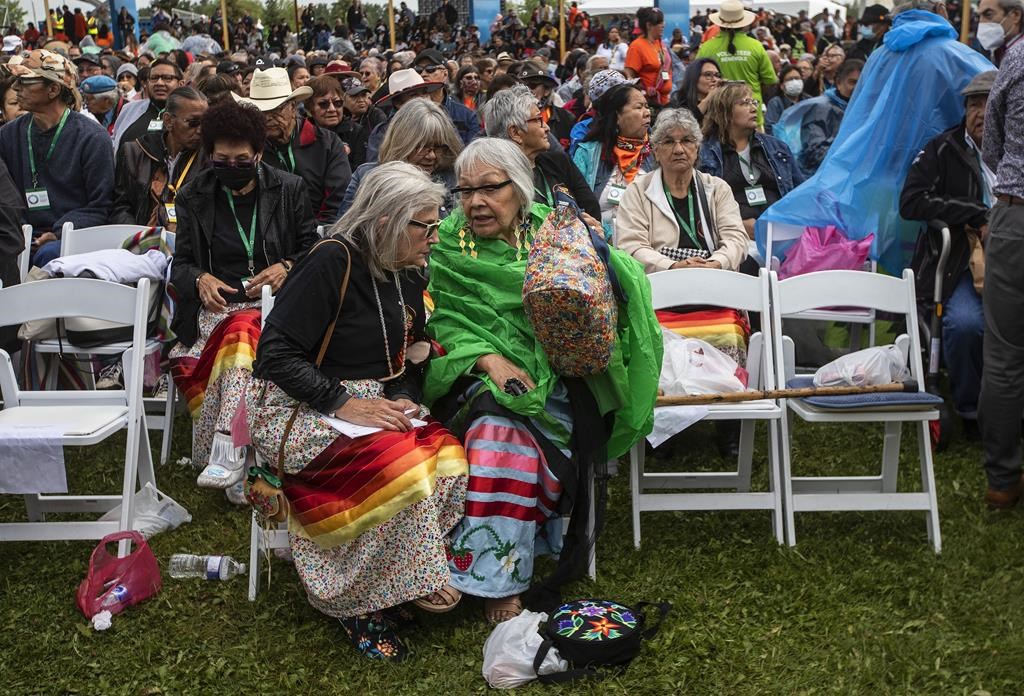 Prayers and tears: Scenes from the Pope's apology for residential schools 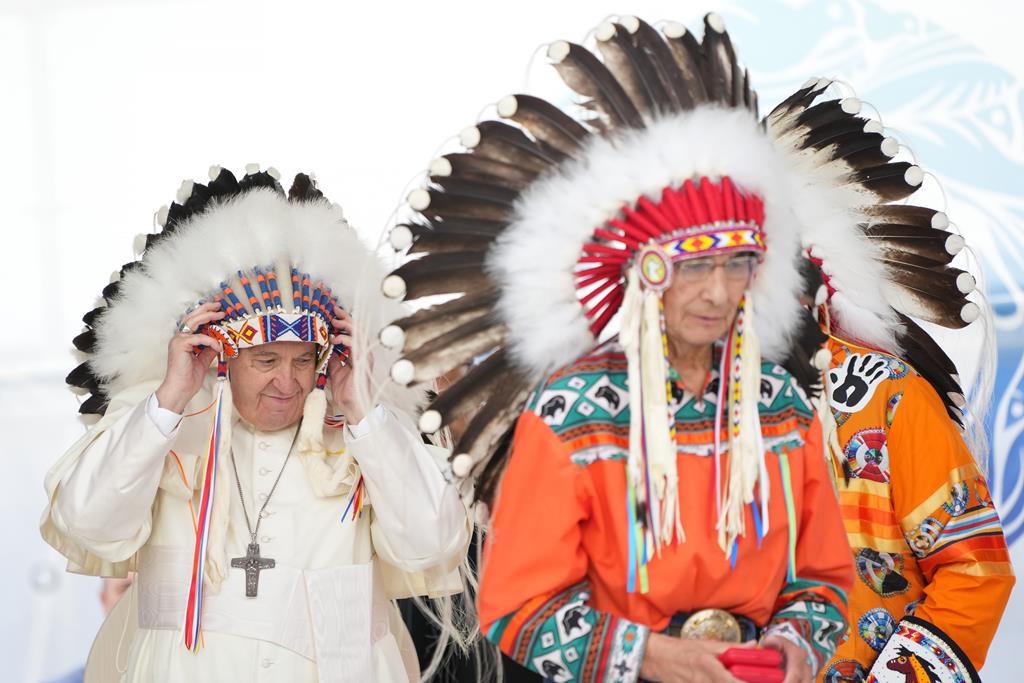 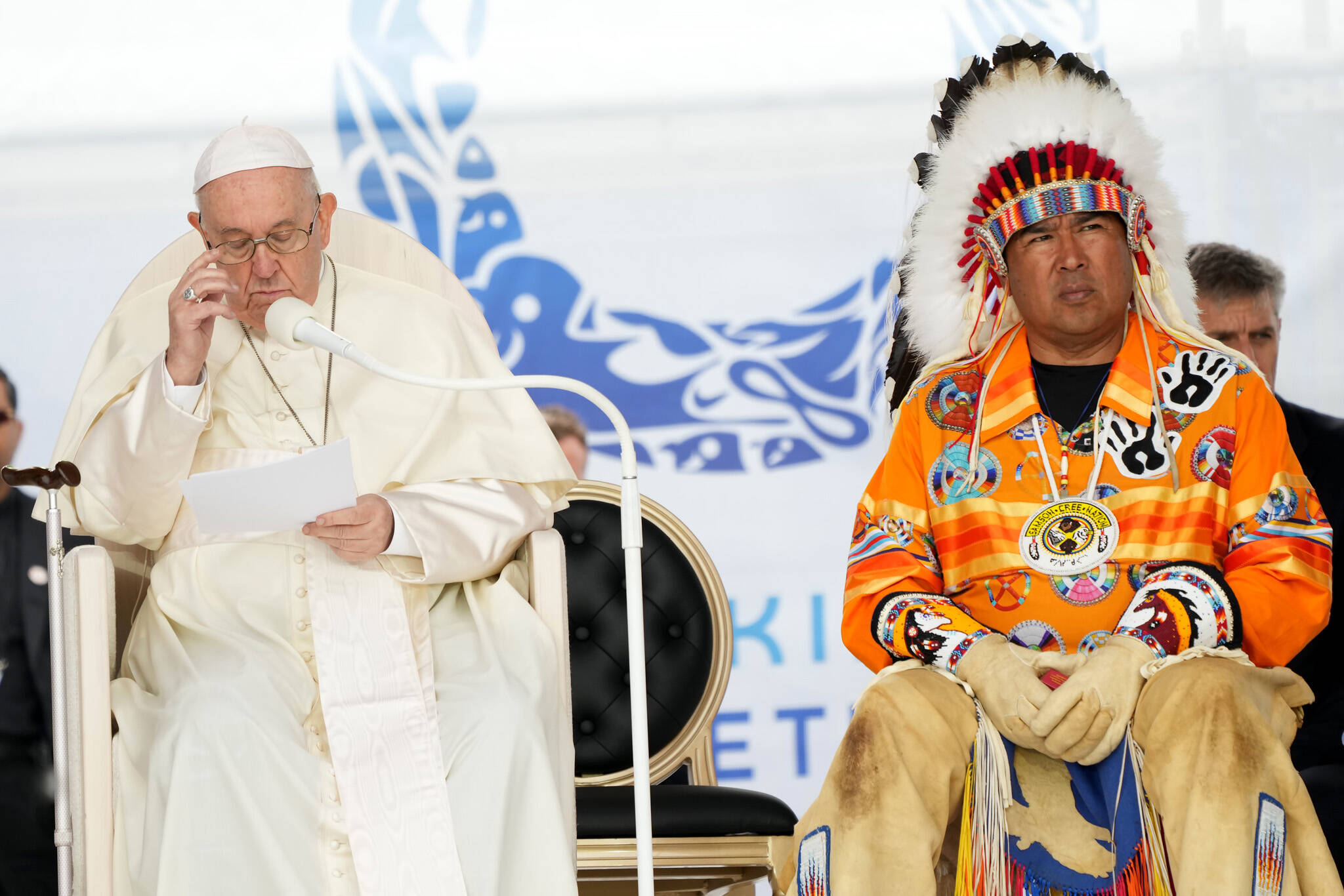 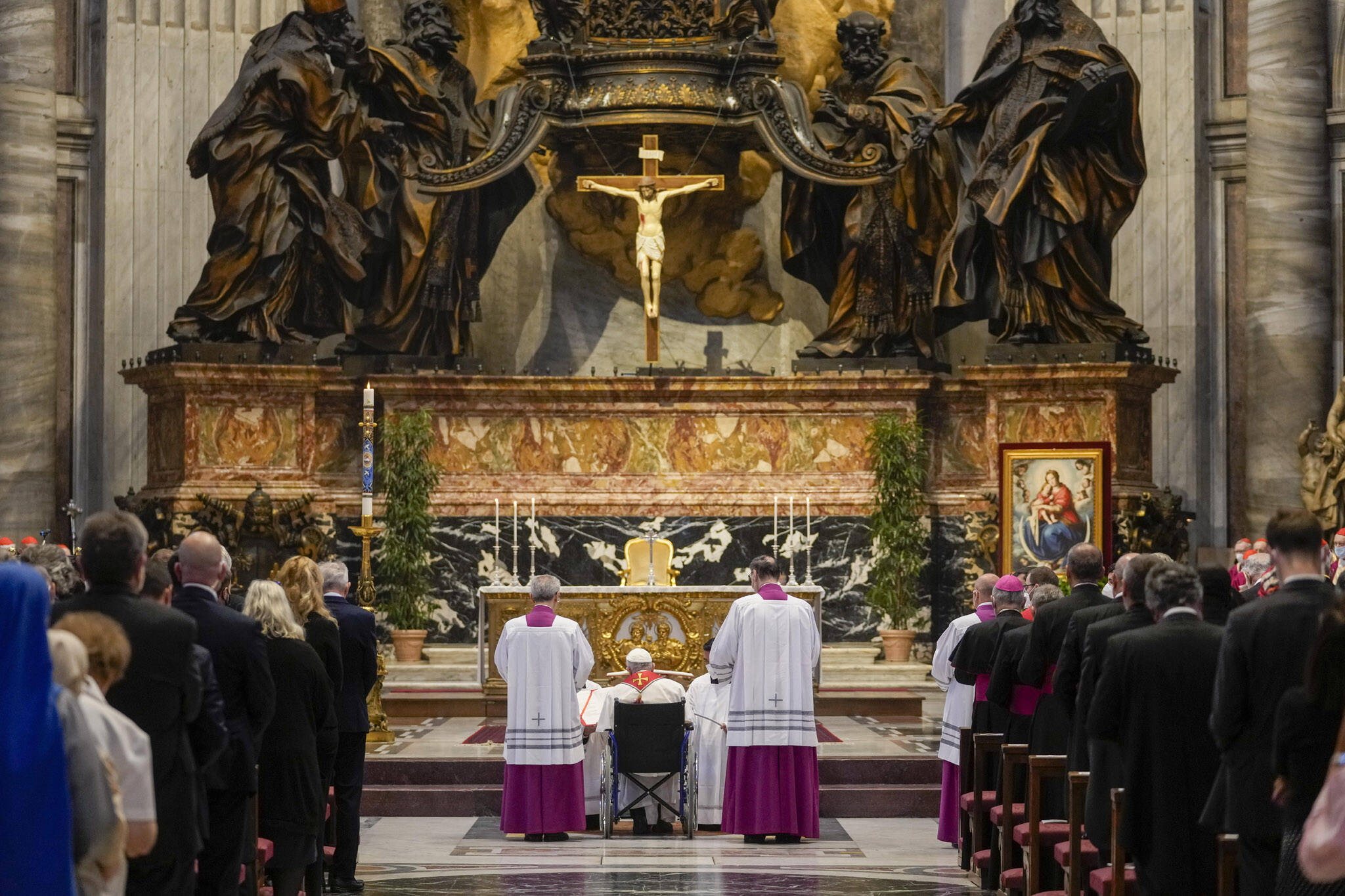 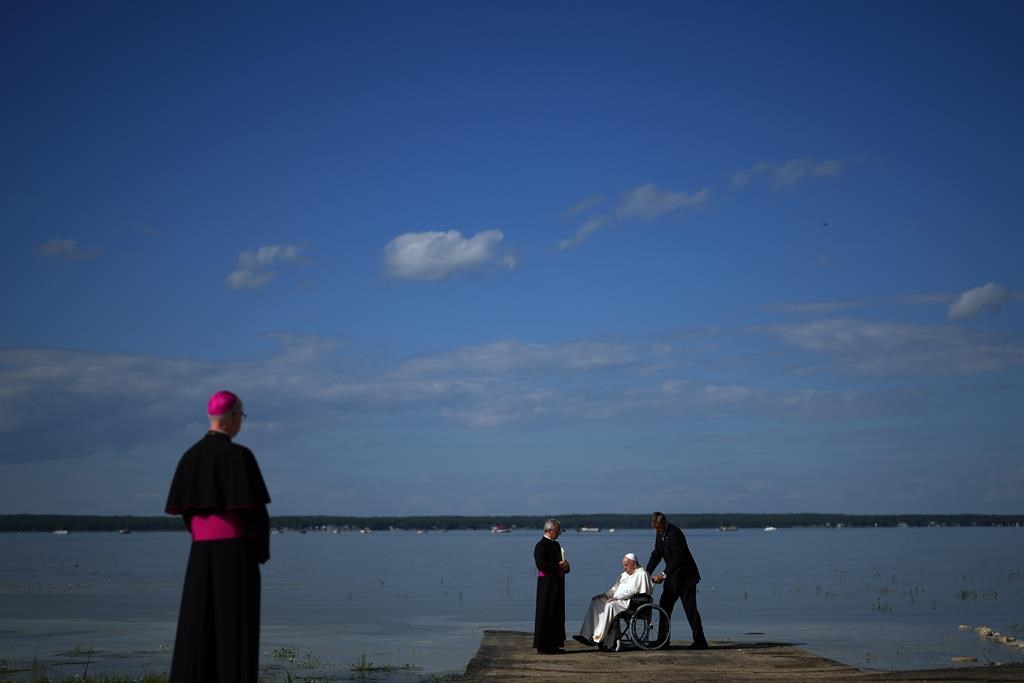 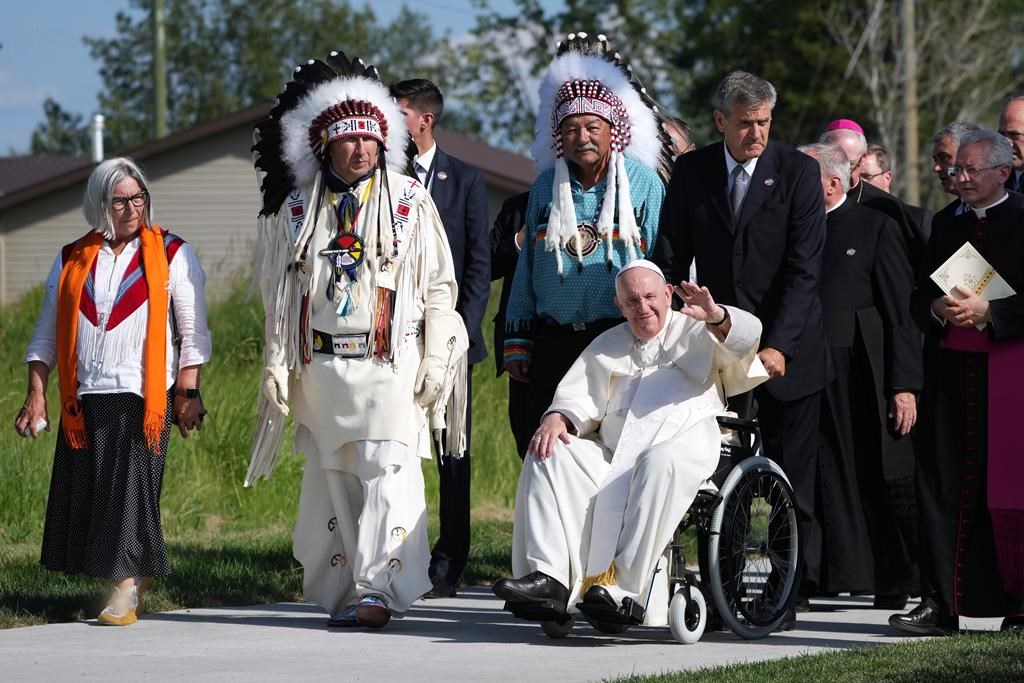 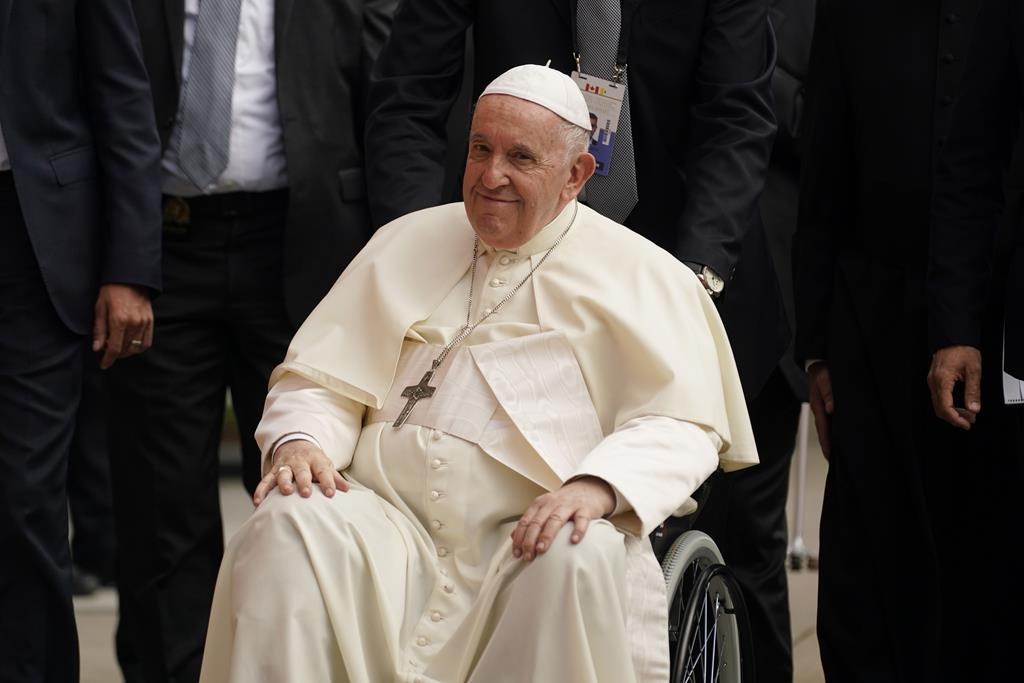