OTTAWA - The Liberals will look to thread an economic needle with Monday's budget, while dealing with a minority Parliament where the document's defeat would topple the government.

OTTAWA – The Liberals will look to thread an economic needle with Monday’s budget, while dealing with a minority Parliament where the document’s defeat would topple the government.

It has been more than two years — and two throne speeches — since the Liberals delivered a federal budget, having not done so last year due to what the government said was economic uncertainty created by COVID-19.

The Liberals have promised to lay out a plan to green the economy, create a national child-care system and help displaced workers improve their skills.

Provinces will be looking for more health-care cash, small businesses for an extension of emergency aid, and credit-rating agencies for certainty that historic deficits and debts will be tamed over time.

And opposition parties will be scrutinizing the document as they consider whether to support the fiscal blueprint, with the Liberals needing at least one major party’s support to survive a confidence vote on the budget.

Expectations on the budget are sky-high, said Elliot Hughes, a one-time adviser to former finance minister Bill Morneau, which he added is something to be avoided in politics.

“So we should expect it to be quite the day in terms of, I think, the breadth of policy that they cover and the depth of the spending that they commit to.”

Spending is already at historic levels after the treasury pumped out aid over the last 12 months, sending the deficit at last estimate to over $380 billion. Next week’s budget will say how deep it is now, how far over $1 trillion the debt has gone and offer an accounting of emergency spending.

More red ink is in store for coming years as the Liberals have promised between $70 billion and $100 billion over three years in stimulus.

Since November when that promise was made, jobs figures and the economy have fared better than expected. The parliamentary budget officer recently suggested the government rethink how much stimulus it plans to spend.

The change in outlook could mean the government finds between $12 billion and $15 billion in extra spending room this year, said RBC senior economist Josh Nye.

What the Liberals need to do with any spending is focus on areas and items that improve longer term growth prospects, said Robert Asselin, a former Trudeau budget adviser now with the Business Council of Canada, using the example of skills-training programs to better connect job-seekers and employers.

“This idea that just spending, spending, spending is good for everything, I think is a false premise,” he said. “I’m just worried that we’re using this crisis to do all kinds of stuff that in normal circumstances we wouldn’t do.”

One area of overlap appears to be child care.

Business groups have joined long-time advocates noting the economic need for child care as mothers in particular with young children have lost income and hours through the pandemic, leading to what has been dubbed the “she-cession.”

“I don’t think we’ll see the economic growth we want in this country and the productivity we want until we have this program in place,” said Jennifer Reynolds, CEO of Toronto Finance International.

“We need women working. Women are over 50 per cent of the university graduates, they’re highly educated, and we’re not taking advantage of that talent pool in a way in which we should.”

Spending on child care may end up paying for itself in the long run as the labour force boost translates into more tax revenue to federal coffers, Nye said. He warned that spending will be highly scrutinized by international credit ratings agencies and investors wanting to see a federal plan to keep the debt from spiralling out of control.

Canadians appear equally concerned. An online survey conducted by the firm Leger for The Canadian Press found that seven in 10 respondents were worried about what the deficit would mean for future government spending.

The online survey of 1,504 Canadians took place between April 9 and April 11, and cannot be assigned a margin of error because online panels are not considered random samples.

The budget will have to speak to people’s ongoing concerns about the pandemic, and keep enough Liberal voters happy so they don’t migrate to the New Democrats or Greens should the budget fail to live up to expectations, said Kathy Brock, a professor at Queen’s University’s school of policy studies.

“It’s almost inevitably going to be a disappointment to a lot of the core constituencies unless someone like Chrystia Freeland can find that magic balance point,” Brock said. “And that’s going to be critical right now going into an election.”

This will be Freeland’s first budget since being thrust into the position in August after Bill Morneau’s sudden resignation exposed a rift over spending priorities that can often exist between a prime minister and finance minister.

“One of the most important questions will be what this says about where the Liberal government is positioning itself,” Brock said of the budget, “and the power balance that exists within the government itself.”

This report by The Canadian Press was first published April 16, 2021. 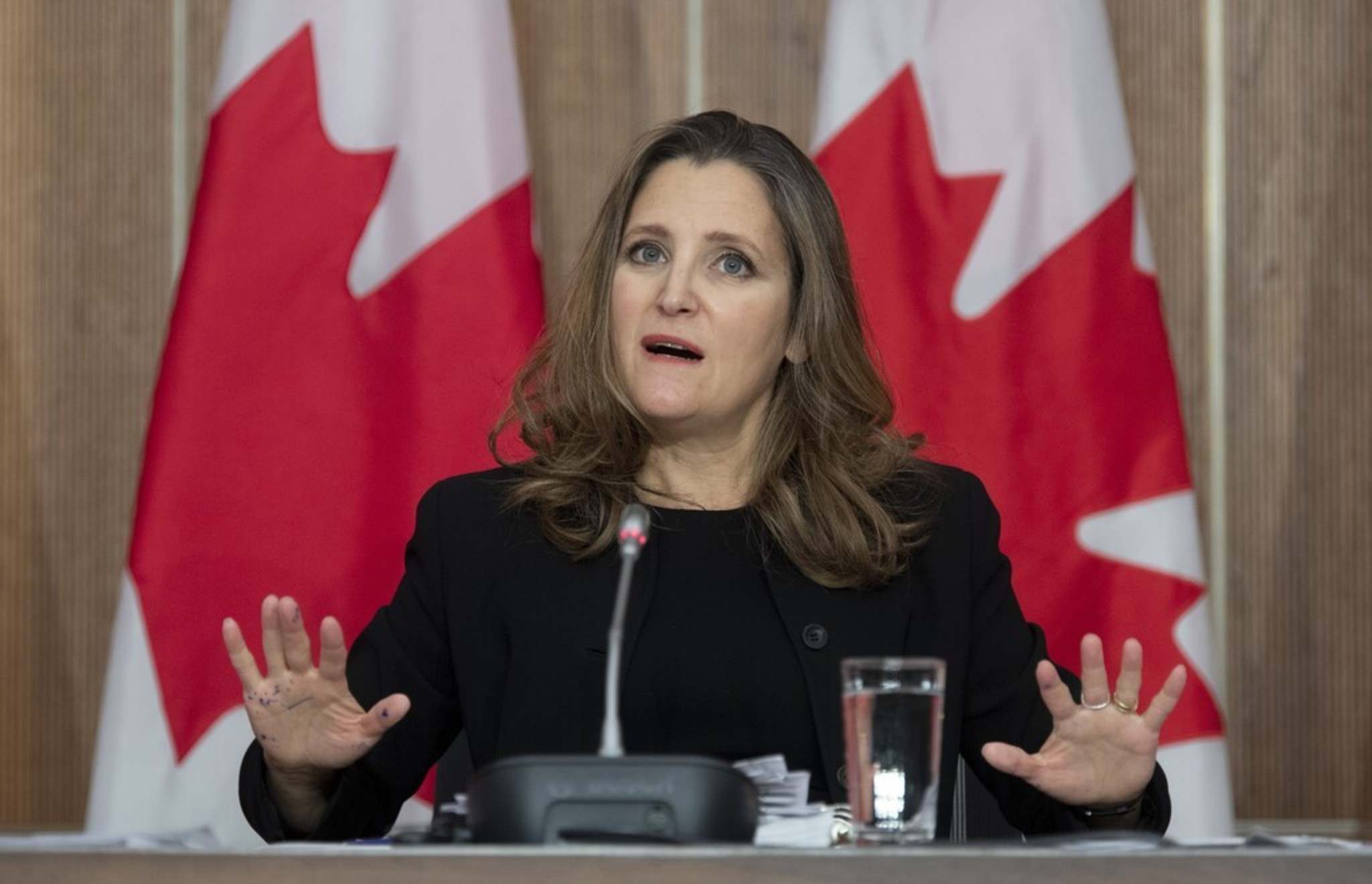