No jail time for Winnipeg mother who killed baby triplet

WINNIPEG - A Winnipeg mother has been given an 18-month conditional sentence for killing one of her infant triplets in October 2004.

WINNIPEG – A Winnipeg mother has been given an 18-month conditional sentence for killing one of her infant triplets in October 2004.

Michelle Camire, 27, was found guilty of manslaughter earlier this year following a jury trial. Two prior cases in 2007 and 2008 ended in mistrials when jurors were unable to reach a unanimous verdict.

Queen’s Bench Justice Deborah McCawley said Wednesday Camire was an otherwise good mother who “momentarily lost it” and committed a horrible act she will regret the rest of her life.

McCawley also recommended that “family reunification” begin as quickly as possible. Camire has been separated from her three other children since her arrest but desperately wants to return to parenting, court was told.

Three-month-old Michael Helgason suffered a fractured skull and severe brain injury after being thrown into a bassinet by Camire. Doctors concluded there was a "considerable" amount of force used to cause the fatal injury which was comparable to a car crash.

Camire has always claimed the boy’s death was a tragic accident, not a criminal act. Her lawyer argued at trial that she acted like any other frustrated, sleep-deprived parent when she threw Michael down.

"Unless you’ve been in a similar circumstance… it may be difficult to appreciate what she was feeling," Brecht said during closing arguments. "Throwing Michael into a padded bassinet was never meant to be an assault on him. Many loving and caring parents may throw their children into a crib."

Camire knows she was too rough with her son and must live with regrets, he said. But convicting her would cause "our justice system to be swamped with otherwise loving and caring parents" who make similar mistakes.

"There are circumstances where a frustrated parent may handle their child in a rough manner without meaning to assault them," he said. Brecht told jurors the legal standard is "not perfection," but what any other reasonable person might do in a similar circumstance.

Crown attorney Brian Bell told jurors there was no doubt Camire was guilty. He said the best evidence came directly from the accused in her frantic 911 call after finding her son wasn’t breathing.

"My three-month-old baby, I’ve killed him. I was tired and frustrated earlier, and I slammed him down when I put him down… Oh my God, what has mommy done. I’m going to go to jail, aren’t I?" she said.

The operator began instructing Camire on how to perform cardiopulmonary resuscitation. Camire wept and repeatedly asking how could she do such a thing to her baby.

"He’s gone, he’s gone, I know he’s gone," she said. When a Winnipeg Fire Paramedic Service operator came on the line and asked the woman what happened, Camire responded: "My baby was crying earlier today. I got mad and I got frustrated. I slammed him down when I put him down and now he’s dead."

Camire also told police she knew what she did "was wrong" but couldn’t stop herself in time.

"Do (Camire’s) words sound to you like an accident? No, they do not," Bell told jurors in his closing argument.

Michael was pronounced dead after he was rushed to hospital from the family’s Rothesay Street townhouse.

Camire was receiving Child and Family Services respite help in her home for up to 57 hours a week. Staff was not present at the time of the incident. Camire was also raising a 17-month-old girl.

CFS first became involved with Camire and her family in June 2004 after a social worker at the St. Boniface General Hospital notified them about the impending birth of triplets. CFS worked with the Family Centre of Winnipeg to schedule in-home visits that would occur six days of the week. 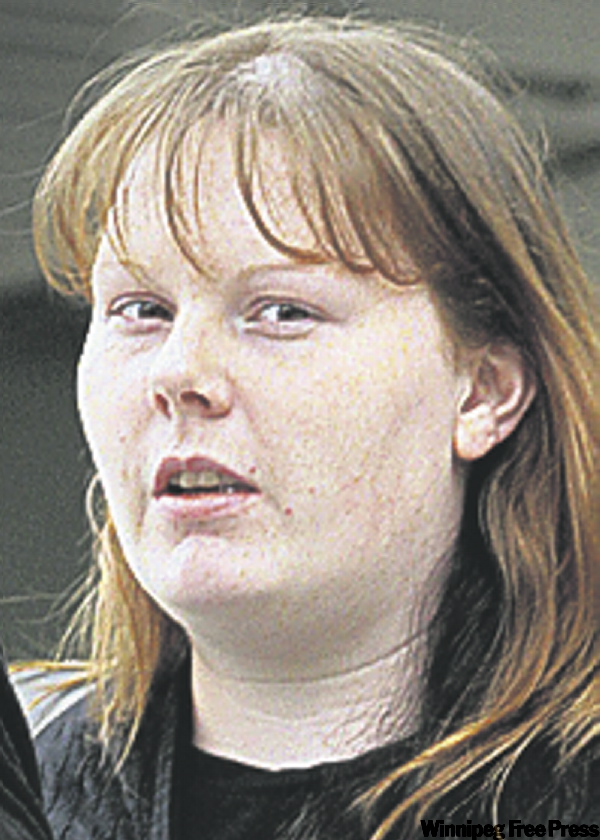