Police dog credited with unprecedented six arrests in one night

WINNIPEG - It was a once-in-a-career night for a member of the Winnipeg police force — six arrests in four separate incidents during one overnight shift.

WINNIPEG – It was a once-in-a-career night for a member of the Winnipeg police force — six arrests in four separate incidents during one overnight shift.

In this case, it was the type of night that members of the Winnipeg Police Service canine unit only dream of, Const. Jason Michalyshen said Saturday.

Shortly before midnight on Sept. 26, Const. Scott Taylor and police dog Judge, who have worked together since 2004, tracked down and arrested two suspects in a strong-arm robbery in the North End, and recovered the victim’s property.

In the canine unit, “On average, there may be three, four, five arrests per month,” Michalyshen said.

But Taylor and Judge were just getting started.

The pair then tracked down a suspect in a domestic assault.

Later that night, suspects abandoned a stolen vehicle in The Maples and fled on foot, only to be collared by Tayor and Judge.

Finally, at 6 a.m. on Sept. 27, a man suspected of beating up another man who suffered serious injuries. The suspect took off, but Judge and Taylor found him in a nearby yard and made the arrest.

Michalyshen said that the canine unit has 15 dogs and 10 handlers, who are usually involved in calls during their shifts. But to make six arrests from four separate incidents is “outstanding” work, and Taylor and Judge are unlikely to see that much successful action again in their careers.

“(Taylor’s) words were, ‘this was a dream night for him,’” said Michalyshen. “It was outstanding work by Const. Taylor and Judge.”

She's got a nose for the job 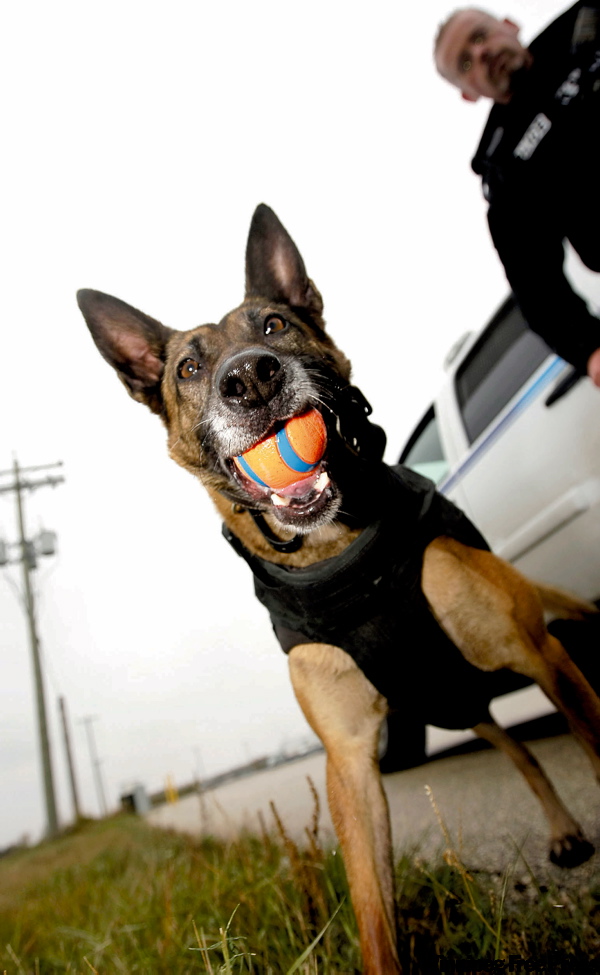