A normal day, a tragic ending

A playful schoolyard snowball fight. A giggling call home to her mother. And a short walk to her nearby residence with plans for a fun-filled weekend.

A playful schoolyard snowball fight. A giggling call home to her mother. And a short walk to her nearby residence with plans for a fun-filled weekend.

That’s how 13-year-old Candace Derksen spent the final moments before she vanished without a trace off a Winnipeg street. Details of her last day alive — and the wide net of suspicion cast on everyone who had contact with her — were presented Friday to a Winnipeg jury.

Mark Edward Grant, 47, has pleaded not guilty to first-degree murder in a case built largely on DNA evidence found at the scene and later linked to him. Candace was allegedly grabbed off the street on Nov. 30, 1984, bound with rope and left to freeze to death inside an industrial shed at Alsip’s Industrial Products, near the Nairn Avenue overpass. Her body was found on Jan. 17, 1985.

“I remember sinking to my knees on the carpet at school, bawling my eyes out,” David Wiebe testified Friday. He was in class at Mennonite Brethren Collegiate Institute when a teacher walked into their music room to inform students of the tragic discovery.

Wiebe admits to having a “crush” on Candace and was one of the last to see her alive. The two engaged in a snowball fight just after 3 p.m. on the afternoon of Nov. 30, 1984, which ended with Wiebe giving Candace a “face wash.” She then called her mother asking for a ride home while Wiebe stood nearby. Wilma Derksen was home alone with her two younger children, getting the house ready for one of Candace’s friends who was coming for a sleepover that night. She asked her daughter to make the short walk home, instead.

“I told Candace I’d walk her home if I could, but I had driver’s ed,” Wiebe said Friday. “She said ‘That’s OK, Dave… I just live down the street.’ “

Wiebe watched as Candace headed east on Talbot Avenue, toward her residence at 623 Herbert Ave. He never saw her again.

Hours later, a frantic Wilma Derksen showed up at the school, asking Wiebe if he knew where Candace was. Wiebe, who had choir practice that evening, was instantly concerned.

Winnipeg police were the next to show up, coming to Wiebe’s residence that night and insisting he knew something about Derksen’s whereabouts.

“This one officer kept saying how Candace was going to be home by midnight. He said, ‘You know why? You’re going to get in my car right now and take me to her,’ ” Wiebe told jurors.

He gave several statements to police, and even a blood sample and offer to take a polygraph in 2007 just before Grant was arrested based on advanced DNA testing linking him to the crime.

Adis Abdi came under similar suspicion. He told jurors Friday how police suggested he might be responsible for graffiti in the Elmwood neighbourhood near where Candace’s body was found, which included someone writing “If you want Candace D you’ll have to get through me first.” Abdi, who was 12 at the time and knew Candace from elementary school, said he was not the source of the message. But police believed he might know more because he had seen Candace walking down Talbot that day as he drove by in a vehicle with his mother.

Blaine Webster also saw Candace on the day she disappeared when she came into the Redi Mart convenience store on Talbot. She asked to use the phone, then left after about three minutes. Webster said he never heard the conversation but was surprised when police came the next day to search his property, which included a basement storage room and crawl space. They also asked him to take a polygraph but never followed through when he agreed.

Jurors also heard a statement Friday from the Alsip’s employee who found Candace’s body while searching for a saw on the property. The man recently suffered a stroke and is unable to testify, but previously told officers he thought Candace “was a doll” when he found her lying face down in the shed.

As well, former chief medical examiner Dr. Peter Markesteyn testified how a hog-tied Candace Derksen may have been alive for up to 24 hours after being abandoned in -25 C weather. He said Candace likely didn’t suffer any pain because she would have quickly gone unconscious. Her cause of death was hypothermia. There were no signs of sexual assault.

“The brain and organs can’t function at such a low temperature. The brain doesn’t send any messages to the heart and the heart stops,” Markesteyn told jurors.

— with files from Gabrielle Giroday 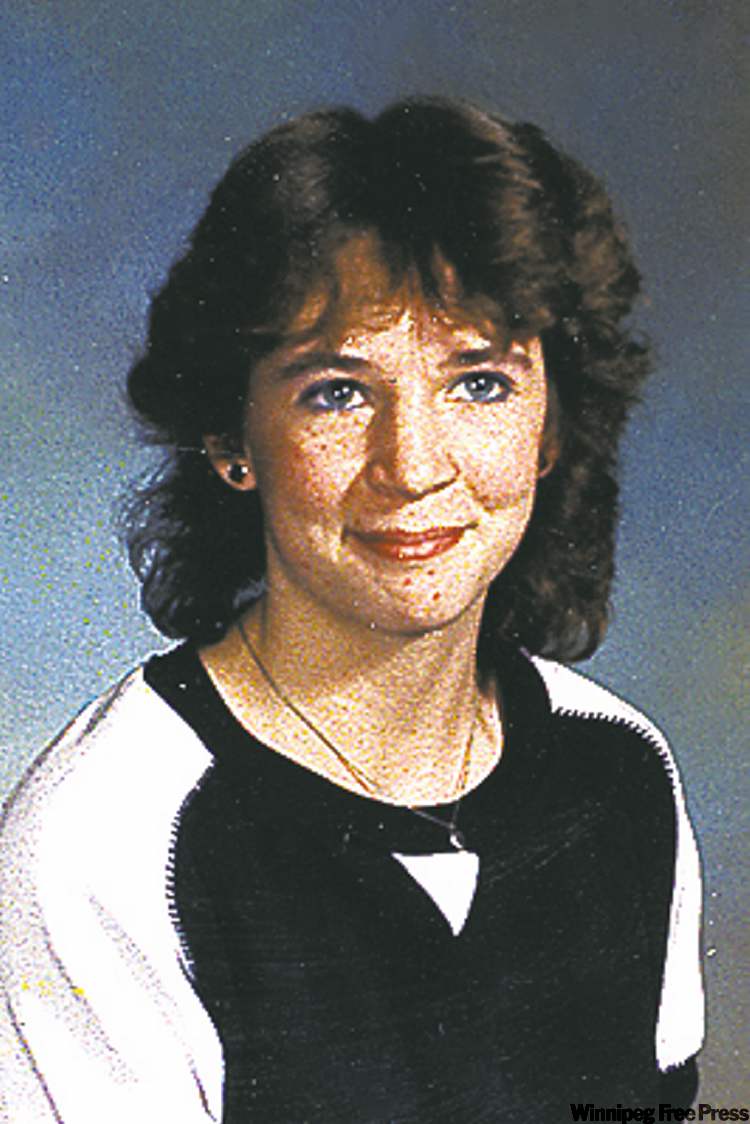 Religious faith inspired them to forgive 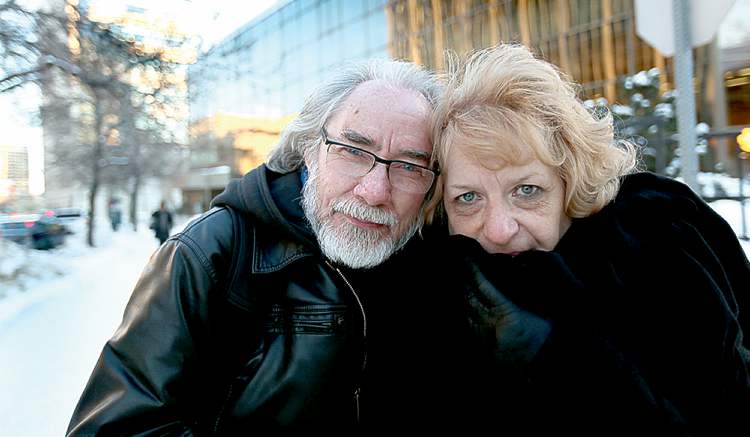 The following statement was given to police on Jan. 23, 1985, by Wilma Derksen. She was asked to recall the details of Nov. 30, 1984, when her daughter, Candace, went missing.

“November 30 was pretty much a normal day for me. In the morning, I drove my husband to work at the Camp Arnes office and on the way we dropped Candace off at school. I went about my daily business. My nine-year-old was at school and the three-year-old was with the babysitter. I was home by 3:30 in the afternoon and just before 4 o’clock I received the phone call from Candace.

Her phone call was a little late because she was normally home before the time she called. Candace would often call on Fridays if she knew I had the car because we would go shopping before we picked up her father. When we spoke on the phone, Candace first said “Hi, Mom” and then she giggled. She told me that Dave had just given her a face wash in the snow and she seemed happy. She asked me to pick her up at school and reminded me it was Friday.

I told Candace that I couldn’t pick her up because I was having problems with the two younger children. She said she wanted to come shopping that particular day because she was expecting a friend to visit for the weekend and she wanted to buy all the party foods like potato chips and pop. I told her that I would call her father and if he was getting off early I would drop by and get her. I called my husband but he had to stay at work until 5 o’clock.

Shortly after that, Candace phoned back and I asked her to walk home and said that way we could go out alone shopping during the evening. She said “Sure, Mom” and seemed to like the idea. She definitely wasn’t upset about not getting a ride.

After the phone calls, I started cleaning up and didn’t realize the time until about 4:40. I became concerned when Candace hadn’t shown up yet and I bundled up the two younger children and drove over to the Camp Arnes office. We drove the route Candace takes home and were watching for Candace but didn’t see her.

We stopped at the school and I checked the doors to find they were locked. I quickly picked up Cliff and we backtracked Candace’s normal route home again. Again we didn’t see her.

I was already getting worried and when we got home I phoned some of Candace’s friends. I really can’t remember exactly who I phoned or how many friends. While I was phoning, I think my husband went for a walk. When he got home again I think I told him I was real worried and I got in the car and drove back to the school. I was looking for David Wiebe, the boy who washed Candace’s face. When I got to the school, I spoke to the principal and he pointed David out to me. David was in the hallway by his locker and I introduced myself and asked if he knew where Candace was. He said he didn’t know and that he thought she went home. He appeared real shocked when I first met him and he must have thought I was there because of the face washing. I told him Candace wasn’t home yet and he said that was terrible and he tried to comfort me because I was already starting to show emotion.

I went back home again and I think Cliff might have gone out for a walk to look around after that. I think it was shortly before 7 o’clock after all of my leads were exhausted that we phoned the police. Cliff was the one that actually called the police. After that, I stayed at home and prayed mostly. Somehow the younger children got to bed and sometime between 10 and 11 Cliff went out for a walk. It was sort of a frantic search on his part by then.”