Even a blizzard couldn’t come between fashion and its fans, as the grand opening of a hot new store took Polo Park mall by storm.

Even a blizzard couldn’t come between fashion and its fans, as the grand opening of a hot new store took Polo Park mall by storm.

Despite tough roads and blowing snow, over a thousand people – most of them young and fashionable – flooded the mall early Saturday morning to be among the first to visit the mammoth 34,000-sq. ft. store, which is the largest Forever 21 in Canada.

Fans started lining up at 2 a.m., eight hours before the store opened its doors for the very first time. By 9 a.m., that line stretched from the mall’s eastern wing – where a Safeway used to sit – all the way to the Bay at the top end of the mall. The first 300 in line were due to receive gift bags, including a $21 gift card, some hopeful shoppers said.

Polo Park general manager Deborah Green confirmed the hubbub was the biggest store-opening crowd the mall had ever seen, though the launch of the Apple Store and casual-chic apparel retailer Hollister also drew big opening-day buzz.

As the minutes counted down to 10 a.m., dozens of store staff gathered at the front of the store to chant, cheer and break-dance. The opening was attended by top Forever 21 managers from the United States, who gleefully snapped photos with local staff and the waiting hordes of customers.

The Los Angeles-based Forever 21 is a $1.7-billion behemoth in the urban fashion market, selling a wide array of hip fashions for bargain-basement prices. 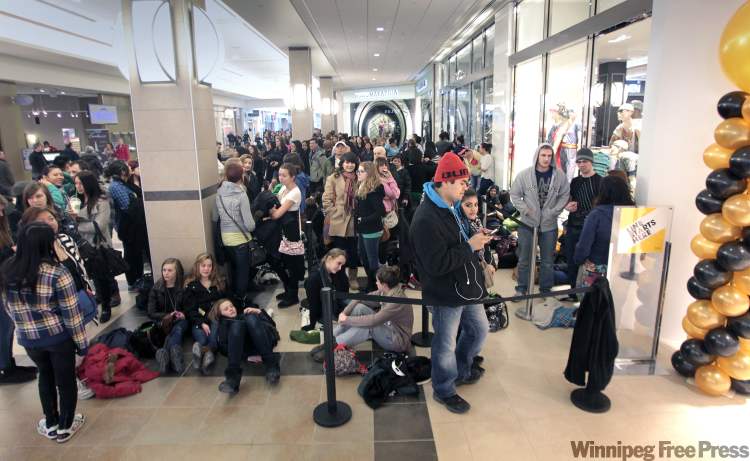