OTTAWA -- Gary Doer didn't bring the NHL back to Winnipeg as premier, but Canada's ambassador to the United States joked Thursday doing so was one of the marching orders he was given when appointed by Prime Minister Stephen Harper.

OTTAWA — Gary Doer didn’t bring the NHL back to Winnipeg as premier, but Canada’s ambassador to the United States joked Thursday doing so was one of the marching orders he was given when appointed by Prime Minister Stephen Harper.

Doer was in the nation’s capital for a joint speaking session with David Jacobson, the U.S. ambassador to Canada, at a meeting on international trade hosted by the Canadian Chamber of Commerce.

The audience, mainly senior public servant and business executives, chuckled while Doer said bringing the NHL back to Canada was just part of his job description.

“We just go out of our way to try and make that happen every day,” he said.

During the 2007 provincial election, when Tory Leader Hugh McFadyen made his much-ridiculed promise to bring back the Jets, Doer scoffed at him.

“And I’m gonna eliminate winter next year,” Doer quipped at the time.

He said then that True North Sports and Entertainment chairman Mark Chipman and the province had been in quiet negotiations on the issue for months at that point.

On Thursday, when asked about the Jets by the Free Press, Doer said he didn’t have any doubts the Jets would eventually fly home.

“I always thought it would happen.”

Jacobson told the audience Thursday he and Doer made a friendly wager over the NHL Stanley Cup final between Vancouver and Boston. If the Canucks lose, Doer has to deliver a Boston Pizza pie to Jacobson, after the Canadian restaurant chain has dropped the “Boston” monicker on its Vancouver outlets for the duration of the series.

If the Bruins lose, Jacobson has to give Doer a Boston cream pie. The difference, said Jacobson, is because despite the name of the Canadian pizza chain, Boston isn’t really known for having good pizza.

Of course Jacobson is biased, as he hails from Chicago, home of the famous deep-dish pizza.

Doer made sure to note pies were not the only item on the betting menu. He also insisted the wager include beer.

It was the third time in the opening minutes of the event Doer’s love of suds was mentioned.

Canadian Chamber of Commerce president Perrin Beatty, who delivered a lengthy and flattering description of Doer as an accomplished and well-liked politician, noted he first met Doer over beers.

That prompted Jacobson to note in his opening address that he too had first met Doer over a beer, their meeting coming on a train ride in Manitoba during Jacobson’s first visit to the province after he was appointed in 2009.

That meeting took place the day before Doer left for Washington to assume the ambassadorship.

“I was amused, Perrin, to hear that you met Ambassador Doer over a beer. It means we have something in common.”

Beatty then quipped that this event may not turn out to be so good for Doer’s reputation.

We're not going to say 'I told you so,' but...
Front-runner emerges for GM of city's NHL team
True North staff can't keep up with calls, emails from anxious fans 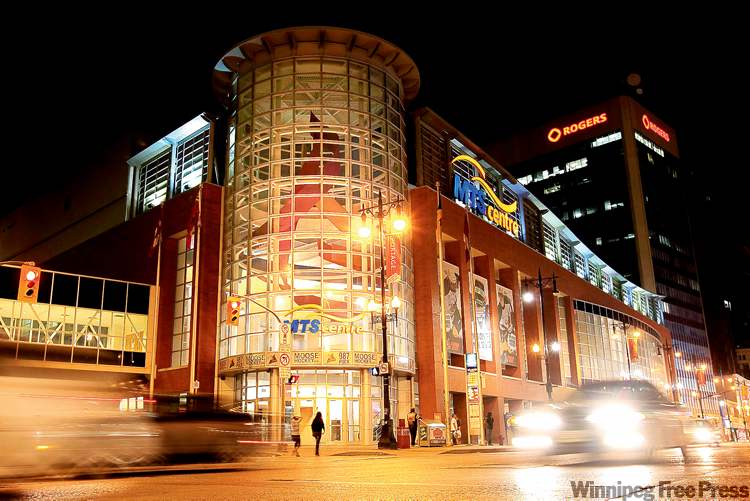