They cheered the first shift, oohed at the first dangle and aahed at every highlight-reel type play.

They cheered the first shift, oohed at the first dangle and aahed at every highlight-reel type play.

Yes, it’s to the point now where it’s almost expected, but the reaction the Winnipeg Jets got from the 1,500 or so fans at MTS Iceplex on the opening day of training camp Saturday morning was both passionate and heartfelt.

“I’m not used to practising in front of a crowd like that, but it’s great. The fans are excited and we’re excited,” said Jets’ defenceman Zach Bogosian. “It’s a good day today in Winnipeg. It’s a great turn out and it feels good to practice in front of them and give them a bit of a show.

“When the fans started screaming ‘Go Jets Go!’ it gives you a little goosebumps hearing that.”

The Jets opened with a 90-minute session this morning and have three practises scheduled for the entire day. It is the only chance fans will be able to watch the club work out before the practices switch to MTS Centre on Sunday.

“It felt when we were going out there like we were getting ready to play a game, with how loud and excited they were,” said Jets’ captain Andrew Ladd. “When we got on the ice, as players we appreciate that support and it makes it a lot of fun.

“With what’s transpired and the team relocating back to a place that hasn’t had hockey for 15 years and seeing the passion that everyone here has for the game, it’s definitely a different scenario that I’ve ever been a part of. For us, it’s exciting to be a part of something new and in a city that’s been waiting for hockey for a long time.”

The Jets open their preseason schedule Tuesday night here in Winnipeg and in Columbus for split-squad games against the Blue Jackets before games next weekend in Nashville and Carolina and the Kraft Hockeyville game next Monday in Conception Bay South, Newfoundland. 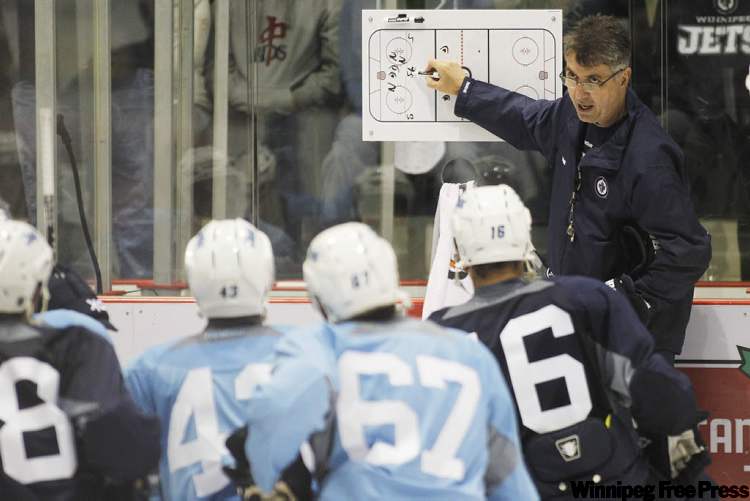 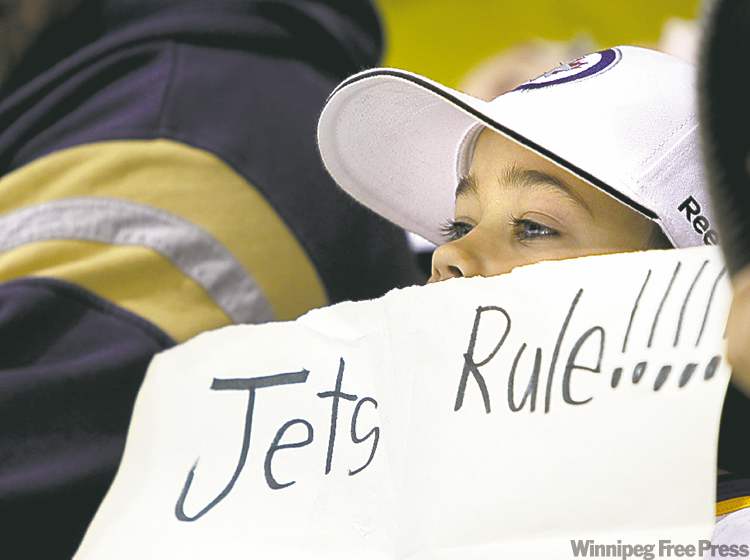 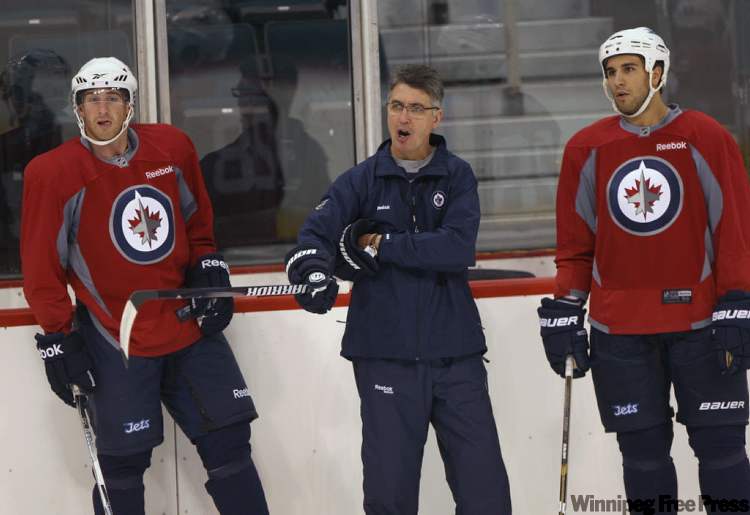