Children at Christ the King School who walk in daily anti-abortion vigils outside the Health Sciences Centre will receive community service credit.

Children at Christ the King School who walk in daily anti-abortion vigils outside the Health Sciences Centre will receive community service credit.

The vigils are strictly voluntary and a family decision, principal David Hood emphasized Tuesday, but he’s considering organizing it as an official school activity as early as next year.

And Hood has pointed out to parents in the school newsletter that the vigils are occurring.

“There’s nothing organized at school — I’ve advertised it” in the school newsletter, Hood said.

The private Catholic school in St. Vital has about 200 students in kindergarten to Grade 8.

Hood said he advised parents in a recent newsletter that the Campaign Life Coalition organizes daily vigils outside the Women’s Hospital at HSC.

“If the parents are involved, that’s great,” said Hood.

“It could happen in years to come” as a school activity, Hood said. “I have to tread carefully.

“It would be good for some community service for the kids, but I have to feel out the community first,” he said.

It’s a prayer vigil, he said: “We’re not there to block anyone.”

The vigils are a political lobby, and any school receiving public funding should not be allowed to involve children in political lobbies, said Lori Johnson, executive director of the Klinic Community Health Centre and the Sexuality Education Research Centre.

“It would certainly not be allowed in the public sector,” said Johnson, a registered nurse and former long-time school trustee with the Winnipeg School Division board. “That is ill-considered by any school, public or private. It should be at the cost of losing their public funding.”

Christ the King is a funded independent school, which means it receives operating grants from the provincial government at 50 per cent of the per-student rate in Louis Riel School Division, in which the school is located.

While acknowledging that Catholic theology opposes abortion, Johnson said the vigils are a political lobby, and no school should be involved in such activities.

“That’s controversial by any estimation. That is shocking to me — that is a step way over the line,” she said.

Parents and their children can do whatever they wish outside of school, Johnson said.

An official with the Winnipeg Regional Health Authority would say only that the hospital respects the right of people to express their beliefs, and similarly hopes those people will respect the rights of patients to come to the hospital freely.

Campaign Life Coalition Manitoba president Maria Slykerman was not aware that any school was involved or considering involvement in the anti-abortion activities, but said she’s seen an increase in the number of people taking part.

“We have about 350 people involved,” said Slykerman.

Slykerman said the coalition has not asked schools to get involved, but she’s seen more people coming out.

“I have definitely, yes, especially among Catholic groups.”

Slykerman said that people cannot stand by and do nothing while the hospital performs abortions.

“They realize they’re the ones who have to do something about it, otherwise they’re as guilty as the mothers who abort their babies,” Slykerman said. 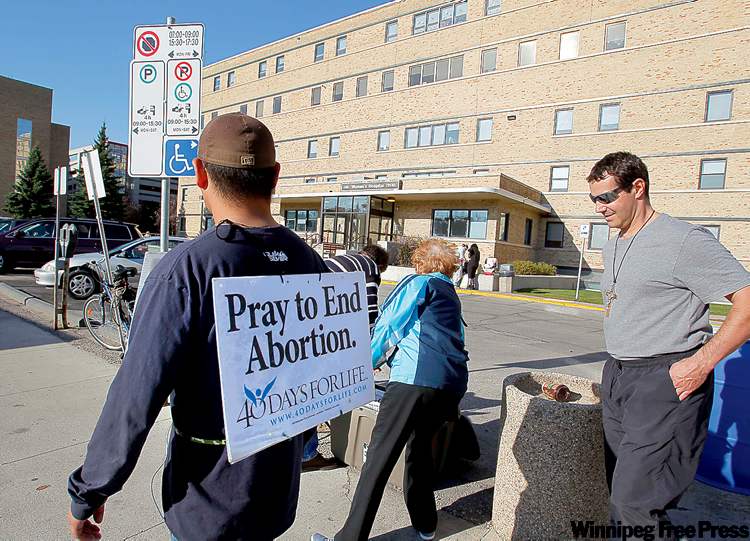 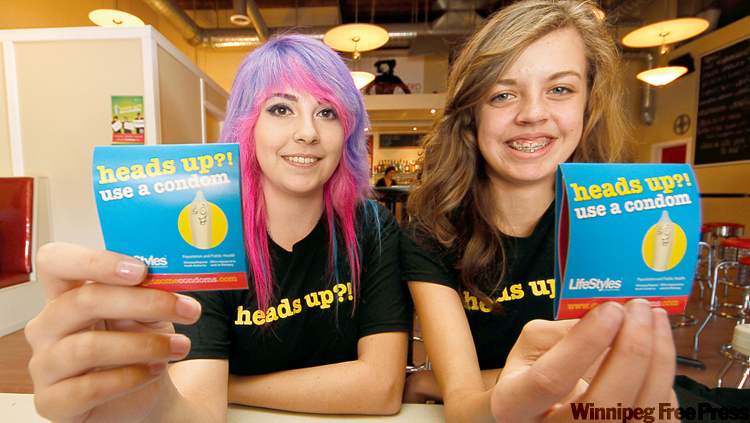