The City of Winnipeg would like to spend approximately $5 billion over the next 20 years to complete four rapid-transit lines, build a ring road inside the Perimeter and make it easier to move goods in and out of the CentrePort trade hub.

The City of Winnipeg would like to spend approximately $5 billion over the next 20 years to complete four rapid-transit lines, build a ring road inside the Perimeter and make it easier to move goods in and out of the CentrePort trade hub.

All that’s missing is the source of cash for dozens of projects identified as priorities in the city’s new Transportation Master Plan, a blueprint for the new roads, transit lines and bike-and-pedestrian projects planners believe Winnipeg will need over next two decades to accommodate the city’s growth.

Compiled over the past three years at a cost of $1.25 million, the transportation strategy is intended to co-ordinate the construction of new roads, paths and rapid-transit lines with new residential and commercial growth.

The city has done a poor job of transportation planning in the past, public works director Brad Sacher acknowledged Friday.

“Anyone who moves around in the city of Winnipeg knows of situations and areas of the city that demonstrate what can happen when that’s not done well,” Sacher said after city councillors had the chance to peruse the new plan.

The document calls for at least $2.1 billion in spending on regional road improvements over the next 20 years as well as up to $2.7 billion to complete four rapid-transit lines, beginning with the completion of Southwest Rapid Transit Corridor, either as a bus-way or as a light-rail corridor.

The plan does not state a preference for either bus corridors or light-rail lines to be constructed along rapid-transit routes planned to parallel Pembina Highway, Nairn Avenue, Portage Avenue and Main Street.

The city will likely wind up building both bus-ways and rail lines, said Mayor Sam Katz, who tempered his historic preference for light rail by noting the decision whether to use bus rapid transit or light-rail transit depends on the corridor in question.

“I think we will probably see a combination,” said Katz, adding he believes it’s entirely realistic to complete all four lines by 2031.

“I don’t think it’s a pipe dream,” the mayor said, pointing to the pending completion of the first phase of the southwest corridor, which employs a bridge and tunnel to bypass Confusion Corner.

“We’ve done one of the major parts of that. Going from downtown to Jubilee (Avenue) was a major initiative,” said Katz, pledging to locate the funds to complete the southwest corridor. “This doesn’t happen overnight. Things take time. This one’s obviously taking time. We’ll find the money, one way or another.”

The transportation plan does not state a preference for the alignment of the southwest corridor’s second phase, which will either run alongside Pembina Highway or take a western detour into Fort Garry. A pair of possible alignments are also presented for the eastern corridor, which would connect downtown with Transcona.

Future rapid-transit corridors along Portage Avenue and Main Street would take advantage of the width of both roadways, which were originally designed to allow the passage of ox carts.

“There is a significant amount of capacity we can take advantage of on Portage Avenue,” Sacher said.

Here are the road and transit projects prioritized in a summary of the plan, which will come before two council committees in November before a council debate on Nov. 16:

Southwest Rapid Transit Corridor: The first phase of the corridor, from Queen Elizabeth Way to Jubilee Avenue, cost $138 million to build. This phase is slated to open in April 2012. Building the second phase, an extension to the University of Manitoba, will cost $275 million as a bus-way for a total cost of $413 million. Converting the entire line to light rail would cost $700 million, for a total cost of $838 million.

The plan suggests two possible alignments for the second phase: One parallel to Pembina Highway and the other taking an L-shaped detour into Fort Garry, where it would run along hydro rights-of-way through the Parker, Beaumont and Maybank neighbourhoods.

East Corridor: The city is considering two possible alignments for a corridor that would run from downtown to Lagimodiere Boulevard. One would run through Point Douglas and cross the Red River at what’s now the Louise Bridge. Another would cross the Red River north of the Provencher Bridge and run along the northern edge of Old St. Boniface. The cost is pegged at $174 million as a bus-way or $405 million as light rail.

West Corridor: This $146-million bus-way or $340-million light-rail corridor would connect Portage and Main with Route 90, running on or above Portage Avenue. A spur line would run up to the Richardson International Airport.

North Corridor: A $76-million busway or $177-million light-rail line that would run from downtown to Burrows Avenue, running on or above Main Street.

Plessis Road: Ottawa has promised to help fund a $75-million widening and a grade separation at the CN main line.

Waverley/Parker grade separation: CN main line crossing to allow a connection between Taylor Avenue and the Sterling Lyon Parkway, either at Waverley Street or through the Parker neighbourhood. Cost TBD.

Highway 6: $150-million southeast extension past Perimeter to Inkster Boulevard, in the RM of Rosser. 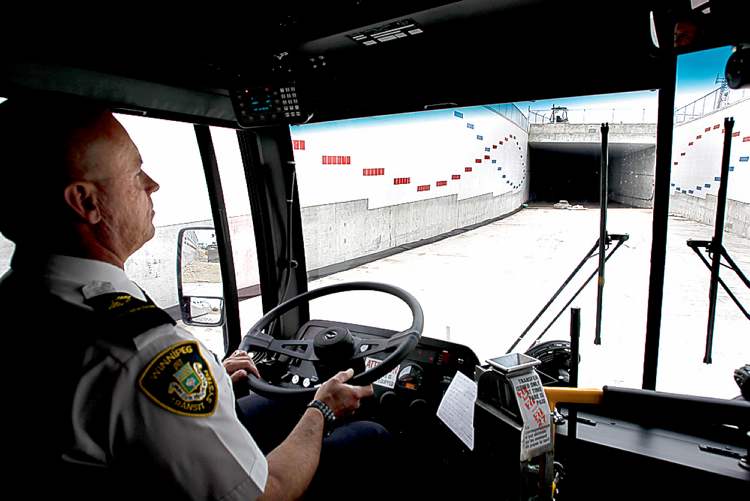