BUFFALO, N.Y. — Halfway home and not planning to exit early — that was the message on the ice from the Winnipeg Jets on Saturday.

BUFFALO, N.Y. — Halfway home and not planning to exit early — that was the message on the ice from the Winnipeg Jets on Saturday.

Bouncing back strongly from two miserable road outings earlier in the week, the Jets got a goal from defenceman Johnny Oduya at 57 seconds of overtime to defeat the Buffalo Sabres 2-1 before 18,690 fans at First Niagara Center.

That’s still out of the playoff mix, but not far off the line, just one point back of the eighth-place Pittsburgh Penguins this morning.

“We’re in a dogfight and we’re over .500,” Jets coach Claude Noel said after watching his team rally after a pair of four-goal defeats on the road. “There are some things we’re doing (well) and we’re happy to be where we are, I think.

“We’re not sitting here being satisfied but we’ve got this month of January that’s going to be a big test for us. We’ve got to come out of this thing in a good place. We want to get at least .500 for a record so it’s good we won this game tonight.”

The Jets entered the game three points ahead of the injury-plagued, struggling Sabres and departed for Tuesday’s game in Boston four points ahead.

The difference-maker was Oduya, the poker-faced, Swedish defenceman who scores just once in a while.

His only other marker this season came 29 games earlier in a road win against the New York Islanders.

“Big turnaround,” said after the game, actually smiling. “This is the game we wanted to win. We had those two losses. We didn’t play that well and we wanted to change that tonight.

“I think we played more solid, a better team game.”

Over the last couple of days, after losing 4-0 in Toronto, Oduya said the Jets did not mope.

“I think we talked it through,” he said. “We realized we have to play for each other. We’re a hard-working team and it’s got to be like that. That’s how we’re going to win games.

“We got back to the way we play at home. There’s been a lot of talk about this playing at home and on the road and I think it’s nothing to do with that. It’s tougher to win on the road but we can be just as good a team on the road. We showed that tonight.”

In this particular road game, Oduya found a wide-open space in overtime, cruising down the slot after receiving an accurate pass from Evander Kane.

Oduya buried the shot high to spark the Jets’ celebration.

“In a spot like that, I don’t think passing was in my mind,” he said. “I don’t get that many chances down low and I was just shooting. I didn’t think that much, just trying to get a shot off.”

Kane, the team’s leading scorer who’s not normally the playmaker, did just the right thing in overtime, drawing defenders and threading the needle to Oduya.

“I’ve played with him a few years now and he’s a simple defenceman,” Kane said. “He has some skill and makes some plays. It was a great shot by him to get it up as quickly as he did. Big play by him and big two points by our hockey club.”

Kane said the Jets did not like their work earlier in the week and were determined to improve it.

“We know we can play better,” Kane said. “We weren’t checking. We checked so well at home, did all the little things at home. We know we can play those 2-1 games at home and we need to play that way on the road. We proved we can do that tonight, play in those tight games and not give up a bunch of goals on the road.”

Noel said he was happy for Oduya’s offensive surprise on Saturday.

“It kind of surprised our whole bench,” the coach said. “Johnny came down and made it look like he was a sniper, up there with the peanut butter.

“Obviously we were in need of the two points.” 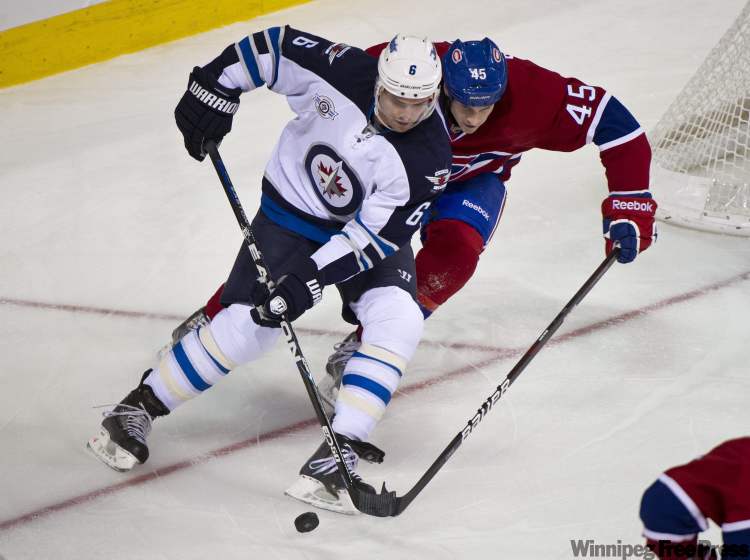 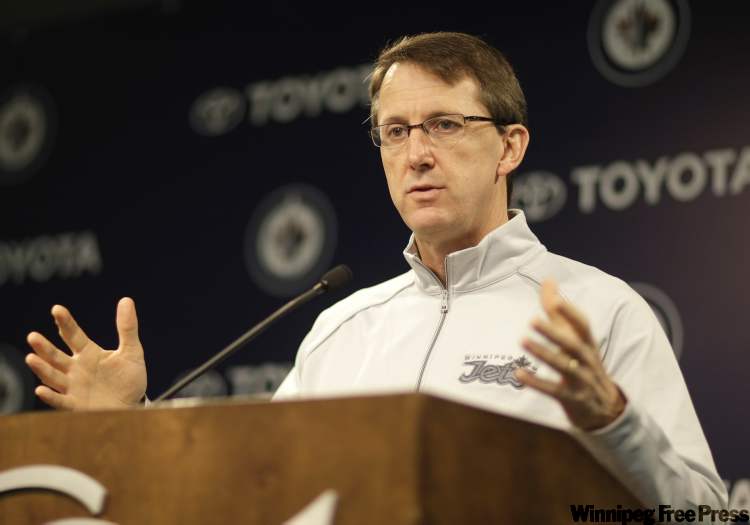