Mark Stobbe has no plans to search for his wife's killer now that a jury has deemed him not guilty of the crime. Instead, the former government adviser plans to return to Saskatchewan to resume a quiet, normal life as the single father of two teenage boys.

Mark Stobbe has no plans to search for his wife’s killer now that a jury has deemed him not guilty of the crime. Instead, the former government adviser plans to return to Saskatchewan to resume a quiet, normal life as the single father of two teenage boys.

“I’m very proud of my sons. I know their mother would be, too,” an emotional Stobbe said Thursday, moments after he avoided a mandatory life sentence by being acquitted of the October 2000 killing of Beverly Rowbotham.

Stobbe, 54, said he never doubted he would be cleared of the deadly attack, which occurred while he was working as a communications adviser with the provincial NDP government. He told a throng of media he won’t go looking for the truth behind his wife’s death.

“I’ve heard the judge say on many occasions that that isn’t my job,” said Stobbe. “It’s not something I can speculate on. Of course, I want to know.”

Rowbotham was struck 16 times in the head with a hatchet or axe in the backyard of the family’s St. Andrews home. Her body was then moved to her vehicle in the garage and then to a parking lot in Selkirk.

Jurors returned their verdict on the third day of deliberations following a two-month trial in which more than 80 witnesses testified. Many appeared to be emotionally distraught as the outcome was read aloud in court.

“It was the outcome I was expecting, once the jury heard the full story and the facts,” said Stobbe. He acknowledged there are likely some people who still feel he got away with murder.

“I wouldn’t wish this on anybody,” he said. “There will always be some who are unconvinced. The decision speaks for itself.”

Stobbe thanked his lawyer, Tim Killeen, the jury and his family and friends in his home province for continuing to support him. He also acknowledged the parting words of Queen’s Bench Justice Chris Martin, who noted the “striking resemblance” Stobbe’s two sons had to both him and his late wife. The boys, who were just five and three at the time of their mother’s death, had been in court during various parts of the trial.

“I would expect you will honour her memory,” Martin said to Stobbe before closing court. Stobbe said his main priority is ensuring exactly that.

Crown attorney Wendy Dawson said Thursday she was “disappointed” with the jury’s decision, as were members of the Rowbotham family she had spoken with. Dawson, who was brought in from British Columbia to prosecute the case, told the Free Press she will be recommending Manitoba Justice review the entire transcript to determine if there are grounds to file an appeal.

It isn’t enough to simply disagree with the verdict — officials would have to prove the judge made a serious error in law, either in his comments to the jury or evidentiary rulings, in order to get the decision overturned and a new trial ordered.

The Crown has 30 days to make a decision.

The Crown’s case against Stobbe was entirely circumstantial, with no direct eyewitness or forensic evidence linking him to the crime. Stobbe was accused of killing Rowbotham in a violent rage because of ongoing stress in their marriage, then riding a bicycle back to his home after leaving his wife’s body in Selkirk to try to make her death look like a robbery.

Dawson called Rowbotham’s killing a “near-perfect murder” but told jurors there was overwhelming circumstantial evidence against Stobbe. She claimed a bloody towel and two bloody Kleenexes found in the Stobbe home and garage contained Stobbe’s DNA and prove he cleaned himself up after an injury. Stobbe claims he cut himself shaving. There was also a small bloodstain found on a fridge in the family garage, where Rowbotham’s body was moved into a vehicle. The stain contained mixed DNA from Stobbe and Rowbotham, which Stobbe’s lawyer speculated could have come from a swatted mosquito.

Stobbe testified in his own defence and denied any wrongdoing. He admits being home at the time Rowbotham was killed and can’t explain why he didn’t hear the crime occur or who would have attacked her. He said there were no serious problems in his relationship with Rowbotham. His lawyer, Tim Killeen, attacked the Crown’s case and told jurors it would be a miscarriage of justice to find Stobbe guilty. He noted there was unknown male DNA found on Rowbotham’s purse, which was located next to her body. Stobbe has been ruled out as the source.

“It’s not enough that you believe he is probably or likely guilty,” Justice Martin told jurors earlier this week during his charge. Instead, jurors had to be convinced beyond a reasonable doubt the Crown had proven its case. Clearly they were not.

“What occurred here was a horrible tragedy,” said Killeen. “It’s possible at some point someone will be connected to that DNA.” 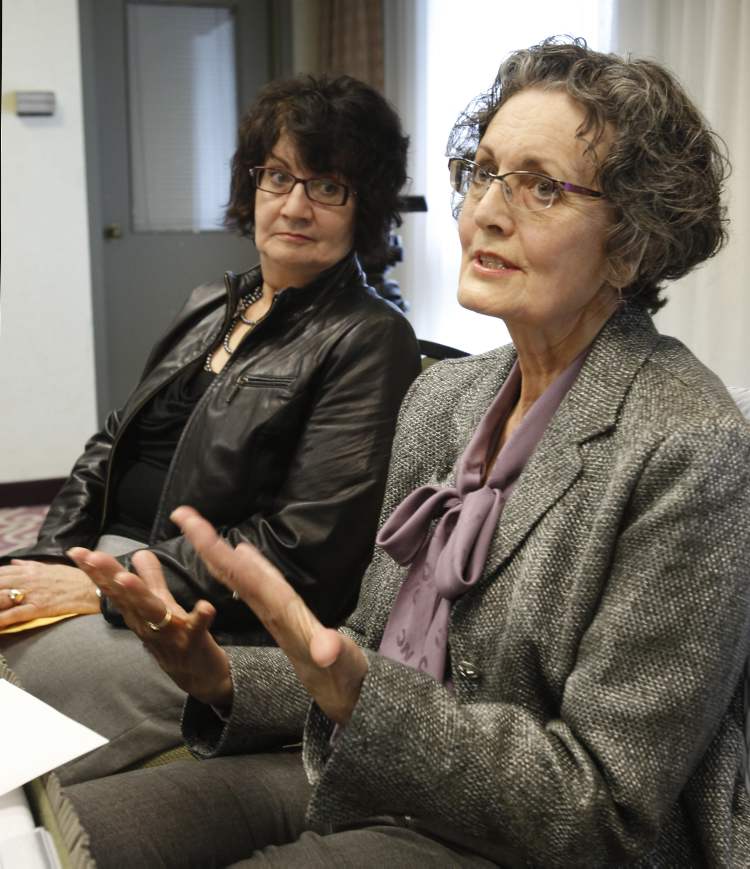 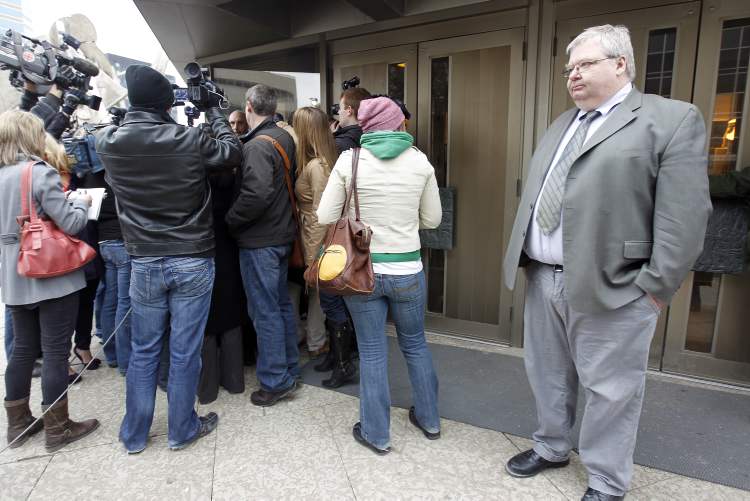