The last home game of the season was bittersweet for Winnipeg Jets fans at the MTS Centre Saturday.

The last home game of the season was bittersweet for Winnipeg Jets fans at the MTS Centre Saturday.

It’s over for now; the Jets lost 4-3 to the Tampa Bay Lightning, but most see the beginning of a beautiful relationship blooming in the city.

“It’s brought life to Winnipeg,” said Rob Keenan, who was at the game with his wife Diana and their three-year-old son, Christopher. The young family bought a quarter-share in a set of season tickets.

“The first game was pretty memorable,” Keenan said, adding the whole season has given the city a shot in the arm.

“People are proud to be from Winnipeg. The Jets are back in town.”

The energy is palpable, said Gil and Tania Johnston, who were attending their first (and obviously last) game of the season.

“I think it’s fantastic for the community,” said Gil. He’s noticed a new enthusiasm rubbing off all the Jets jerseys and paraphernalia that are pretty much ubiquitous in the city.

“You see it from the little kids to adults playing rec hockey.”

And you see it outside of Winnipeg.

“If you go to Grand Forks, you’ll see everyone is wearing Jets jerseys,” said Gil, who owns a Jets watch and licence plate.

Tania and he were both wearing Jets jerseys to the game Saturday, but they had to leave their sons, ages 6 and 8, with a sitter.

Gil acknowledged the NHL tickets are expensive. While a family of four has to pay much, much more to see the Jets than the former Manitoba Moose, Gil doesn’t mind. People need to manage their finances to see if their family budget can afford season tickets or share them with someone, but the Jets are a good deal overall, he said.

“Having an NHL team again has put the city back on the map.”

Madison Didham doesn’t care about the economics of hockey. She likes her Jets — and besides, she’s at the game for free.

The five-year-old girl won two tickets to the game for entering a video in the Winnipeg Free Press Unrivalled Jets Fan contest.

It was Madison’s first Jets game, but she’s been watching them all season on TV with her dad, Jeff Didham.

Her first NHL game was a real eye- and ear- opener for the young fan. Once she got used to the deafening volume, she had a great time, her dad said.

After the game, and the Jets lost and packed it in, Madison got a little teary eyed, her dad said.

There have been too many highlights to count, he said, but the Jets beating the Stanley Cup champion Boston Bruins came to mind.

Didham said he doesn’t think the lustre of having an NHL team in Winnipeg will wear off any time soon.

“It’s brought life back into the city.”

See you in six months 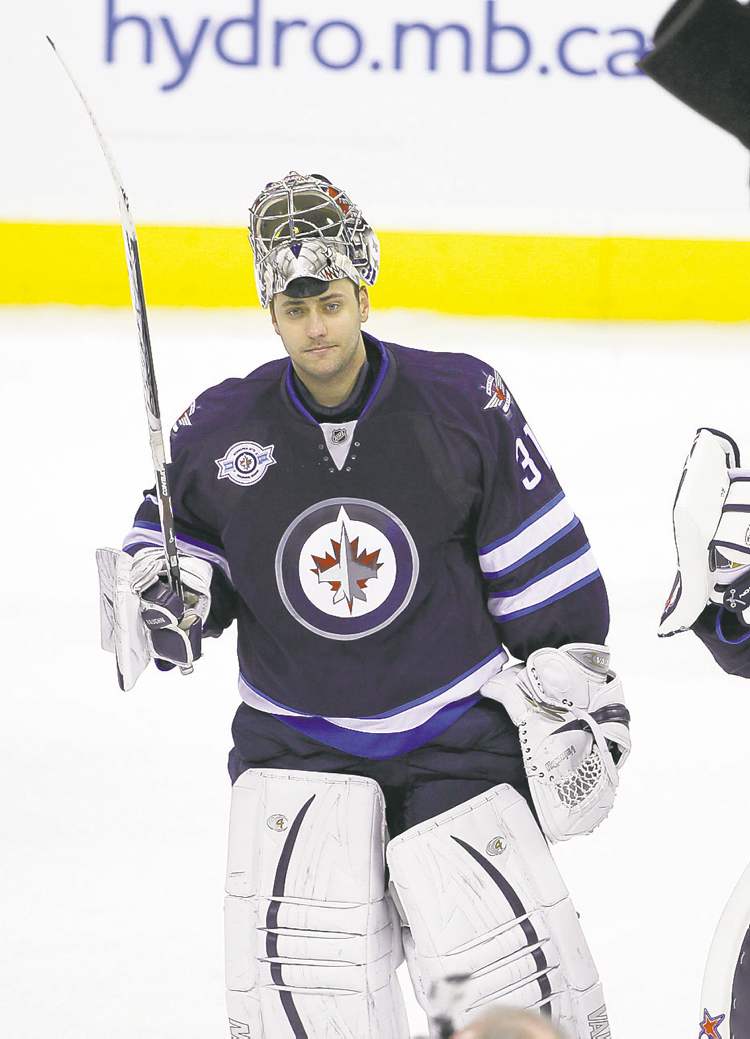