Montoya has Pav’s back

The Winnipeg Jets solved their somewhat unexpected and minor goalie problem Wednesday with a former first-round draft pick who believes he has untapped potential.

The Winnipeg Jets solved their somewhat unexpected and minor goalie problem Wednesday with a former first-round draft pick who believes he has untapped potential.

Al Montoya, 27, is the NHL team’s answer to Sunday’s free-agency departure of veteran Chris Mason. Montoya agreed to a one-year contract for US$601,000.

The Chicago native was the sixth overall pick of the 2004 draft by the Rangers but has played just 57 games in his NHL career, including 31 of them last season for the New York Islanders.

“Maybe seven, eight years ago as a young guy I thought it was going to be an easy route,” Montoya told reporters on a conference call Wednesday afternoon. “I have the learning curve. I came in with a great goalie coach, Benoit Allaire of the Rangers, who was behind (Henrik) Lundqvist and got to watch him develop into an all-star goalie.

“I’ve had some great goalies in front of me (Ilya Bryzgalov, Evgeni Nabokov). It’s about sticking with it.

“It would have been easy to quit or turn the cheek. For me, it was always hard work and knowing it would pay off and knowing there was a reason I was drafted sixth overall in the first round. Just going out there and showing it.”

Montoya comes to Winnipeg with no illusions about taking the starting job from Ondrej Pavelec, who just re-signed for five years. To his credit, Montoya spoke of being the best support and teammate possible rather than throw up numbers he or Pavelec might play.

“To me, it doesn’t matter,” Montoya said. “Obviously, we want to win. Whenever Ondrej can’t play or whatever the reason — 20, 30, whatever they have me playing, less, more for me — it’s about being ready and being able to win.

“Ondrej is a phenomenal goalie. I’m here as a backup to work as hard as I can, and when I am called upon to go into the net and contribute, I want to help this team move forward and into the playoffs.”

That likely included Flaherty’s former Moose teammate, UFA Alex Auld, but it may have helped Montoya, too.

“I admired him in the minors… (he) rubs off on you,” Montoya said.

Cheveldayoff said the Jets had options after Mason’s departure.

“It varied from older, experienced guys to younger guys that were just coming into their prime and hopefully going to continue to improve,” he said.

Montoya, who was 9-11-5 for the Islanders last season, will be a teammate of Evander Kane, who ran him over and gave him a concussion during a game last December at the MTS Centre.

“It’s part of hockey,” Montoya said. “He’s a phenomenal player and I’m actually glad to have him on my team.”

Although the Kane collision won’t be a good memory for the netminder, he spoke glowingly about the positives of this move.

“I’m excited to be part of a hockey community there in Winnipeg,” he said. “I got a chance to talk to Wade Flaherty, the goalie coach, yesterday and I’m really excited about the opportunity and the way the team’s being built and a chance to play in one of the coolest buildings.

“It’s a young team committed to winning. What they did last year, took such great strides. Then you add a new guy like Olli Jokinen and it shows what direction the team wants to head in.

Having played AHL games here before last year, he has a good idea about what he’s getting into.

“You just notice how the hockey community, everybody around it, there’s such a great buzz, such a great feel to playing in that building and the way the fans treat the players,” he said. “The support is phenomenal. That’s a huge bonus for me.”

The signings of expensive free agents Zach Parise and Ryan Suter in Minnesota on Wednesday prompted questions to Jets GM Kevin Cheveldayoff about keeping a team competitive in this market.

Cheveldayoff sidestepped the matter to start but then verbally raced to defend what he has done and will do.

“You have to look no further than the recent deal with Ondrej Pavelec and the opportunity to have him commit,” Cheveldayoff said. “It (this free agency period) is the last kick at the can before the new CBA. It obviously has some different intrigue. Moving forward we’ll be under a new (CBA) and we’ll see how the terms of that one unfold.

“I don’t think that there’s a lot of players that would dispute they get chills when they come into play here. This is a pure hockey environment but I tend not to get caught up in that. There are 29 (other) teams essentially going after the same group of players when it comes to free agency. The player picks one. There are 29 other teams that can potentially have an excuse to lament about why it didn’t go in that direction. At the end of the day, we feel that the opportunities that we offer to play here in Winnipeg are second to none.”

Cheveldayoff also said, in answer to how he might yet fill out a few remaining spots on his roster, that it could lead to a summer of deals.

“The thin free agent market, is an opportunity to look at trades,” he said. “I think teams will continue to talk about those kinds of things as the summer progresses.” 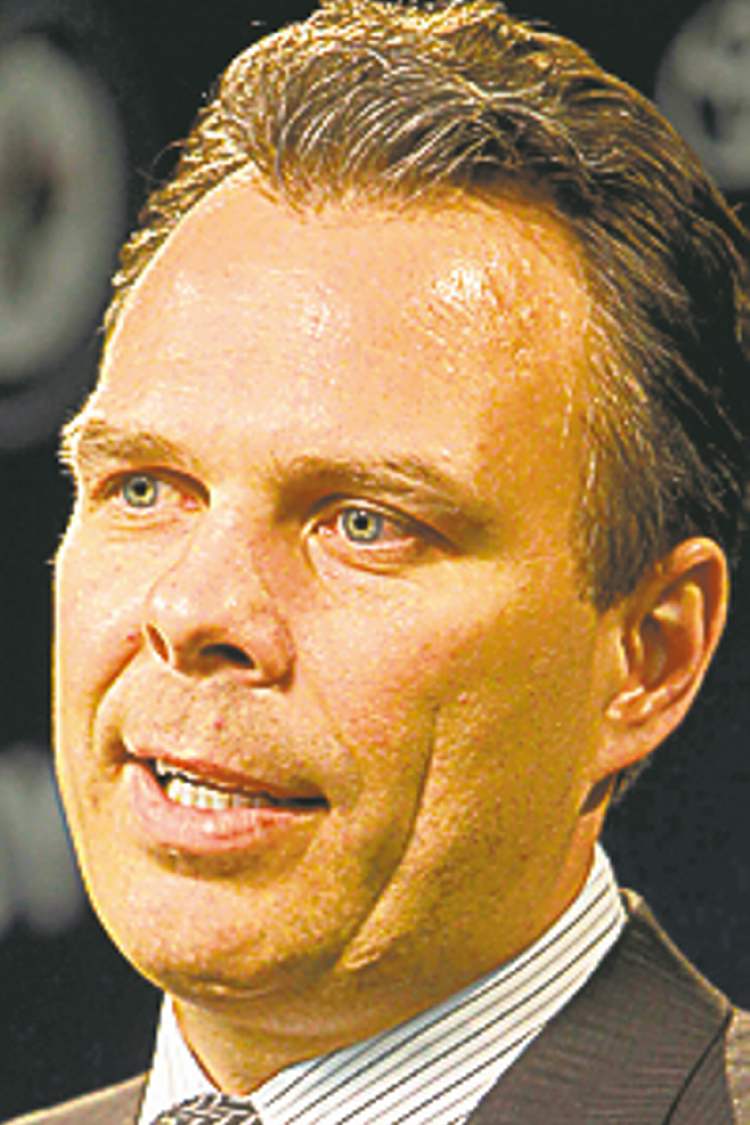