Chevy, like everyone else, bummed Telegin not on ice

THERE was a tinge of disappointment in Kevin Cheveldayoff's voice. And quite clearly he wasn't the only person wearing a Winnipeg Jets logo who was bummed not to see Ivan Telegin -- one of the organization's top prospects -- flash his skills at this week's development camp.

THERE was a tinge of disappointment in Kevin Cheveldayoff’s voice. And quite clearly he wasn’t the only person wearing a Winnipeg Jets logo who was bummed not to see Ivan Telegin — one of the organization’s top prospects — flash his skills at this week’s development camp.

Now the hope is the gifted forward will be good to go for main camp this September after apparently cutting his hand on a fence back home in Russia — an injury that required more than one surgical procedure.

“We would have loved to have had him here on the ice, but he’s been able to participate in the off-ice stuff,” said Cheveldayoff. “It really signals how quickly things can change for an individual or an organization. You just have to be ready to roll with the punches. “We’re thankful the injury has been dealt with and it’s under our care now. He’s going to continue rehab and it looks like everything should be a full recovery. From the last medical reports I have, he should have full clearance by September.

“It was serious enough to keep him off the ice and whenever you’re dealing with cuts on hands, even the most minute ones can become serious because of your gloves and the sweat factor. You have to be careful and be over-cautious when it comes to that because you just don’t want infections to set in.”

The 20-year-old winger, who scored 35 goals and had 64 points in 46 games with the Barrie Colts last winter, is coming off an injury-plagued season that limited his effectiveness at the World Junior Hockey Championship and in the OHL playoffs. The knee injury he suffered at the end of the OHL season, which required meniscus surgery, has fully healed.

Other items of note from a session Cheveldayoff had with the press:

— On Tim Stapleton’s departure to the KHL:

“We talked to his representatives early on in the process, even before free agency. The timing, unfortunately, didn’t work on all sides. We wish him all the best. He’s a super, super guy.”

“We’ve had lots of talk. These things take time. If you look around the league, there’s quite a few players that have RFA status that discussions are ongoing.”

— On the possibility of signing unrestricted free agent Kyle Wellwood, as rumours swirl about the veteran forward having offers from two Swiss clubs:

“We’ve had good conversations with his camp. Rumours can start pretty easily, one way or another. All I know is we’ve had constant contact with his group.”

LAST DAY: Jet diehards take note: There is just one on-ice session today, the last day of D-Camp. It begins at 10:30 a.m. at MTS Iceplex. 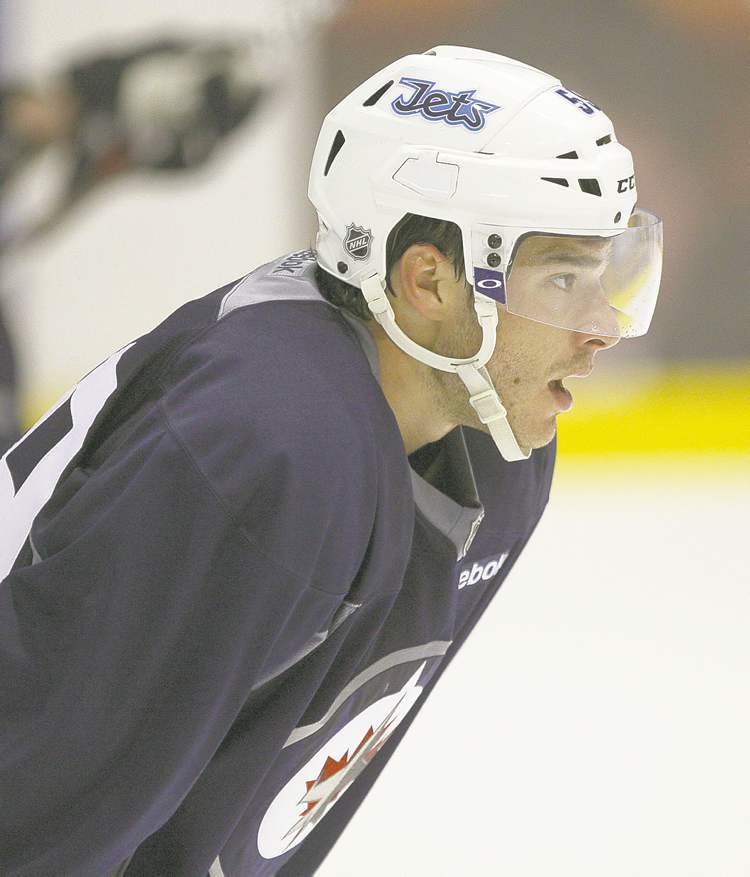