The invitations were issued New Year’s Day by the Assembly of First Nations, as the Idle No More movement continues its nationwide protests and Attiwapiskat Chief Theresa Spence moves into the fourth week of a hunger strike.

The meeting is scheduled on the one year anniversary of the Crown-First Nations Gathering, which was supposed to reset the relationship between the government and First Nations in Canada. It is also the date a progress report is due on what has happened since that meeting.

Most First Nations leaders would say little if anything has happened.

Spence began her hunger strike Dec. 11, demanding a meeting with Johnston or Harper to discuss a plan to improve the lives of her people. Attiwapiskat in northern Ontario has been in the news a lot because of the poor living conditions. A year ago, emergency measures were taken after it was discovered many families were living in non-insulated shacks and tents as winter descended.

Robinson, 51, began a hunger strike Dec. 12, asking for Harper to withdraw Bill C-45. He flew to Ottawa to sit in solidarity with Spence this week.

Both have eaten only herbal teas and fish broth.

The bill is an omnibus budget implementation bill which First Nations argue violates treaty rights. Among the changes the bill makes are changes to environmental regulations and clauses which make it easier for reserves to lease reserve land. Many critics say the latter is an attempt by the government to gain access to valuable lands for oil and mineral development.

There is also anger at huge government cuts to First Nations organizations, including an 80 per cent funding cut for the Assembly of Manitoba Chiefs.

Neither Harper nor Johnston have said whether they will attend the meeting.

This meeting is not an official event of the Idle No More movement, which is being pushed by grassroots aboriginals and not chiefs and councils. In fact there is a chasm growing between the movement and chiefs as the organizers and some of the protesters complained the chiefs were attempting to co-opt the efforts, and tried to distance the movement from anything the nations chiefs are doing and saying.

For weeks now, protests have occurred across the country including several in Winnipeg this week alone.

Pivot point for Idle No More 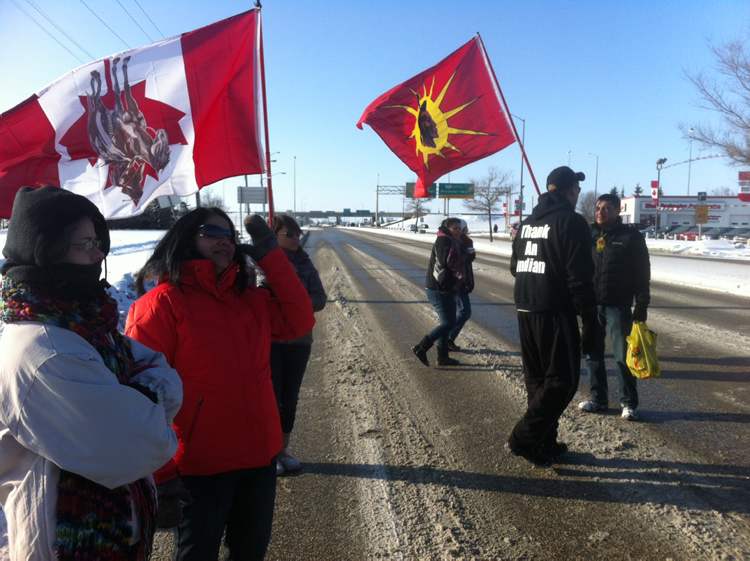