Increase more of a pain in the tax

OTTAWA -- The Manitoba government is the second NDP administration in Canada in three years to raise the provincial sales tax in the face of a deficit budget.

OTTAWA — The Manitoba government is the second NDP administration in Canada in three years to raise the provincial sales tax in the face of a deficit budget.

“Were there better choices to raise revenue?” asked Jack Mintz, the Palmer Chair of Public Policy at the University of Calgary. “Yes.”

The provincial government will raise the PST to eight per cent from seven this summer. Nationally, Manitoba will be tied with Ontario, New Brunswick and Newfoundland for having the fourth-highest PST. Nova Scotia, at 10 per cent, has the highest, followed by Quebec at 9.975 per cent and Prince Edward Island at nine per cent.

British Columbia, at seven per cent, and Saskatchewan, at five per cent follow. Alberta is the only province that has no PST.

But Mintz said because Manitoba refuses to harmonize with the GST, the impact in the province likely will be more profound than it was when Nova Scotia hiked its provincial sales tax two points in 2010.

Businesses get a GST rebate for much of the tax paid for business input costs. However, the provincial sales tax has no such rebates or exemptions.

“The existing sales tax in Manitoba is not well-structured and has significant taxes on business inputs,” said Mintz.

He said a study he did last year listed Manitoba as having the sixth-highest effective tax rate on investment compared with other provinces and OECD nations.

“This (PST hike) will likely put them close to the top,” he said.

Manitoba has rejected calls from Ottawa for a HST because it would mean Manitoba consumers would end up paying sales tax on more things, such as haircuts, sports-club memberships and airline tickets, things on which PST is not currently charged.

The British Columbia Liberal government was just forced to undo the harmonization of their two sales taxes after a referendum rejected the HST, which was implemented in 2009. The HST is one of the reasons Premier Christy Clark and the B.C. Liberals are likely to be voted out of office in an election next month.

Quebec recently moved to harmonize its sales tax with Ottawa in January, although it is the only province where the joint tax, known as the QST, is administered by the province rather than Ottawa. The total combined rate in Quebec is 14.98 per cent.

Prince Edward Island became the sixth province to introduce an HST, just this month. The province lowered the provincial portion of the tax to nine per cent from 10 per cent in the process.

Ontario introduced an HST in 2011, and while it was deemed controversial at the time, it is seldom mentioned now among reasons voters are displeased with the provincial Liberal government.

Conservatives fire back at tax hike 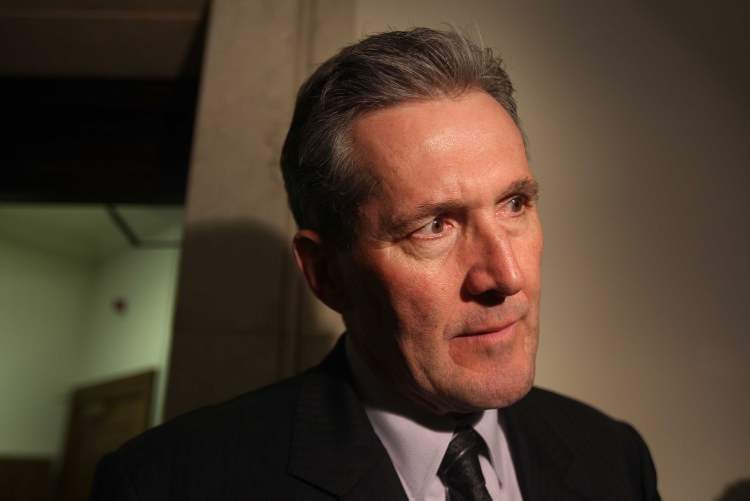