Goodbye, Susan; a privilege to know you

The Winnipeg woman who chose to be a public face in Canada’s divisive assisted-suicide debate will end her life in a Swiss clinic. Surrounded by her family, the 72-year-old will drink from a glass of water mixed with pentobarbital. She’ll quickly fall asleep, lapse into a coma and die when her respiratory system is paralyzed. It’s a heartbreaking end for a vivacious, passionate woman who leaves behind a devoted family and a wide circle of friends. But it is Susan’s choice, one she made when diagnosed with multiple system atrophy, a relentless brain disease with no cure or treatment. Rather than face the inevitable loss of bodily functions and never-ending pain, she decided to die.

“The future’s too grim. This is the right direction. It’s my life,” she said the first time we met.

It was impossible to remain objective around Susan. She is, was, a stunningly appealing woman. She has a natural elegance, one that speaks to the personality that led her grandsons to confess their English nana had taught them all their important manners. “Like how to pour tea,” Liam, 17, laughed one afternoon as he and his brothers offered a cup to Susan. Her sense of whimsy was on full display in her final days at home as she wore her finest outfits and a pink tennis visor topped with a plastic tiara. She mocked her own vanity, the careful reapplication of pink lipstick before she was put into a wheelchair at Richardson International Airport. She was going, and she was going out with style.

Had Susan decided to quietly fly to Europe for her legal assisted suicide, she and her family would have been spared the harsh criticism of anonymous commenters who called her a coward and an attention-seeker. She did want the attention, not to glorify her act but to encourage the Canadian government to reopen the debate. She will die long before she needed to, impelled by the requirement she be able to travel to Europe to participate in her own death.

She was aware her choice, both to die before her illness destroyed her and to make her case public, was controversial.

Susan’s story accelerated a national dialogue. Advocates for the disabled insist assisted suicide is a slippery slope threatening an already vulnerable community. In a poignant letter to the editor Wednesday, a senior adviser on disability issues for the province wrote of his reaction to her choice. He said he already lives with many of the disabilities Susan feared.

“I grieve her decision to commit suicide and my heart goes out to her family, ” Dave Martin wrote. “Her personal tragedy does not mean that laws designed to protect people from abuse should be thrown out the window.”

The day after my story about Susan ran, I got a phone call from a distressed man. He wanted me to give him Susan’s number. He was a Christian, he said, and he needed to tell her she’d go to hell if she went ahead with her plans. She was in Europe, I said, and an atheist with no belief in an afterlife. He insisted she was a sinner. I suggested, as gently as possible, that he add Susan to his prayer list. She was already on mine, I said. He said he’d pray she changed her mind. That was his right, I said.

I went to church Wednesday and asked God to ease her pain and lighten the hearts of her loved ones. She doesn’t believe, but I do.

I am grieving today. Photojournalist Ruth Bonneville and I were welcomed into Susan’s home and her heart. We had a series of intimate meetings, all of them concluding with embraces. Saying goodbye at the airport left us raw. I honestly don’t know how her lovely grandchildren and her devoted friends got through it. Their pain must be immeasurable today.

I don’t want to glorify her choice to end her life. She felt trapped and failed by a government that wouldn’t give her the choice to die at home. I don’t know how I’d react in her situation and hope never to find out. I’m glad she had the choice, no matter how far she had to travel. Susan Griffiths was an advocate for a love- and laughter-filled life, dedicated to those she met and loved. That’s what she’ll ultimately be remembered for. 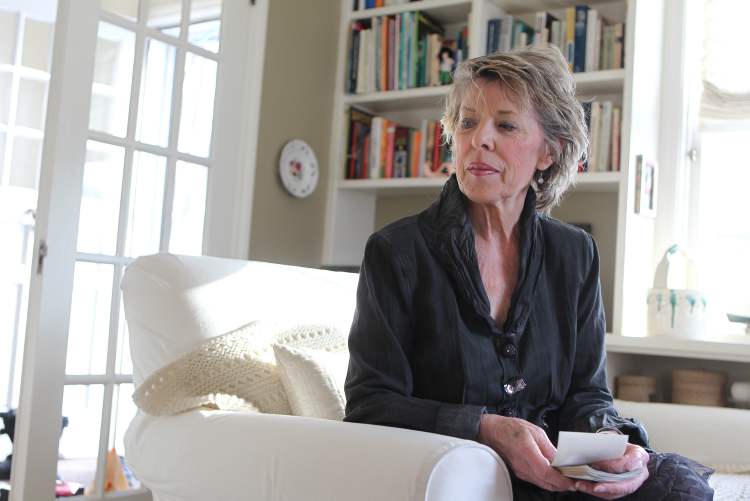 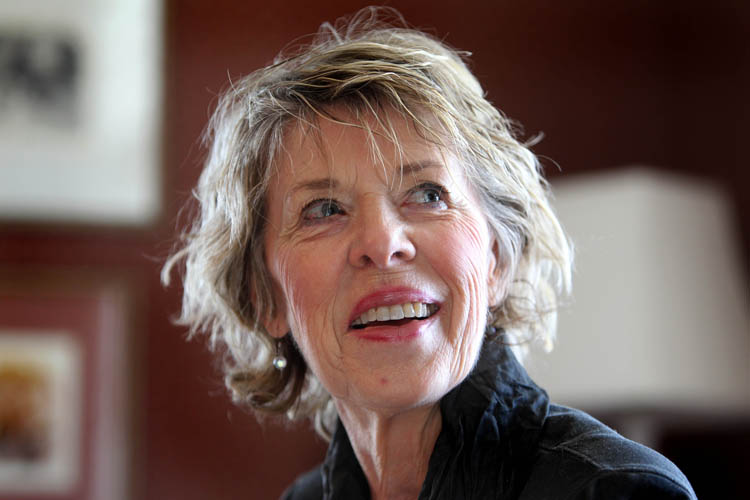