Stoppage of play off the field

Bombers fans late to the game due to gridlock

If our traffic jams like that when we’re fleeing the zombie apocalypse, we’re all in a heap of trouble.

Minutes before kickoff Wednesday, Pembina Highway, Bison Drive and Bishop Grandin Boulevard were parking lots for a kilometre or more in every lane pointing towards Investors Group Field.

Alas, people couldn’t just leave their cars in the middle of the road and walk to the stadium.

Bison Drive was backed up onto Waverley, itself stacking up towards Bishop Grandin. Bishop Grandin westbound approaching Pembina was bumper to bumper.

On Pembina, traffic — northbound and southbound, whether approaching University Crescent or Bison Drive, was sitting for many blocks. Southbound Pembina towards Bishop Grandin was immobile in all three lanes from close to Vincent Massey Collegiate.

A five-car pile-up on the south Perimeter Highway added to the traffic woes of fans heading to the game.

Where did fans think they were going to park? There are only 5,800 football parking spots on campus, and many of them were filled prior to kickoff.

“Parking and movement within campus have gone very smoothly. Great to see so many new visitors to the University of Manitoba, a lot of smiling faces, people taking pics in front of new stadium,” Danakas wrote in an email.

Even at 7:50 p.m., about 40 cars were still lined up on Pembina, waiting to turn into the campus.

Parking was banned in the neighbourhood east of Pembina immediately south of campus. Barricades were erected at some intersections to ensure only residents could get through, signs were everywhere that only a few people didn’t think were serious, and parking-compliance officers whizzed around on bicycles. They were ‘pamphleting’ scofflaws, said one officer, who declined to say if tickets would be issued.

Most streets near campus were quiet, nary a car at any curb.

Residential streets outside the forbidden zone on the west side of Pembina, especially off Chancellor Drive and Markham Road, were jammed with cars disgorging fans galore, as were streets west of Pembina off Kirkbridge Drive and Bairdmore Boulevard. People were hiking in from Fort Richmond south of Killarney Drive. They faced at least a two-kilometre hike.

All those neighbourhoods were outside the no-parking zone, but they were also already full while thousands of fans were still in their cars.

Within the no-parking zone, the free enterprisers at a church building in Fort Richmond made serious coin by renting out their parking lot. Younger members of the congregation were scattered throughout the neighbourhood with signs.

Trinity Presbyterian Church is temporarily renting the church building from Soul Santuary which is the group renting out the parking lot.

He advised drivers that he ran to the stadium from the church in less than four minutes, said Kendrick — walking would take a tad longer.

Evangelical Mennonite Church has an even bigger lot, but blocked it off rather than making money.

Murray Harding was guarding the entrance to Richmond Kings Community Centre, where he handed out multi-coloured passes to people attending indoor lacrosse, karate and zumba classes. All were told to be out at a precise time to make way for other users.

“Our events are a priority,” said Harding, the centre’s recreation director. “We’ll open the parking lot for four (football games), for $20. Once our ice is in, it’s a no-go.”

Shirley Mahoney and her family parked at the Giant Tiger lot on Pembina around 4:30 p.m. and walked from there. “When I asked about the parking, I thought we had to pay them, and she said, no, for this game there’s no charge as long as you park out facing the street,” she said.

U of M’s staff and students with parking permits were given exclusive use of the King’s Road entrance, and were assigned 1,600 spaces in five lots.

“There are going to be disruptions” to evening classes, said U of M Faculty Association president Prof. Sharon Alward. “My concern is the fall, when this place is full.”

Being told to move cars out of lots designated for fee-paying football fans no later than 5:30 p.m. makes it difficult when classes end at 5:30 or 6 p.m., Alward said. “Even if your classes end at 5 p.m., that’s an opportune time to meet with students.”

Alward is a senior fellow at St. John’s College, one of three colleges to rent its parking lot for football. “I’m getting out of Dodge right now, and working from home,” Alward said in the early afternoon. “I don’t want to be a test case.”

Bombers admit a lot of work to do 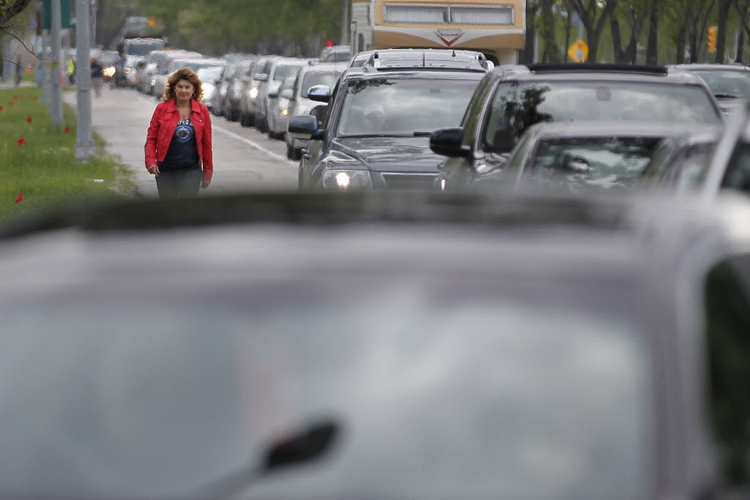 Stories from the sidelines 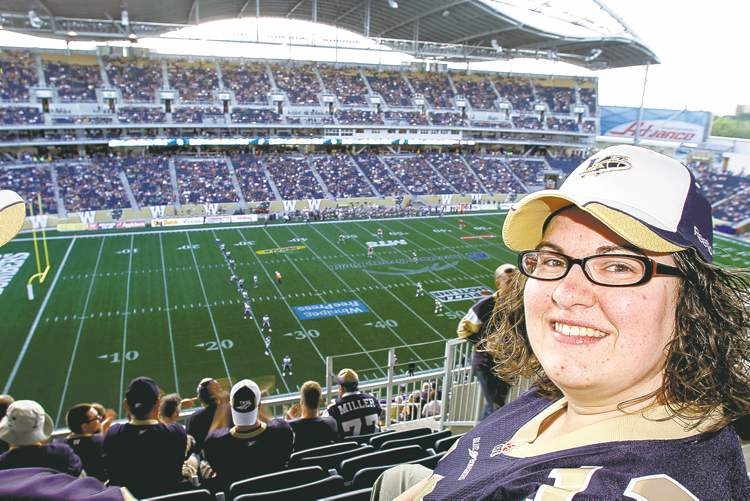 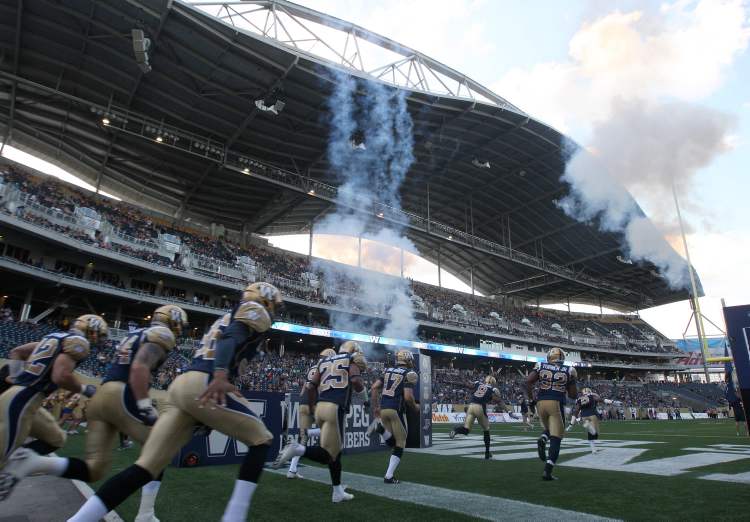 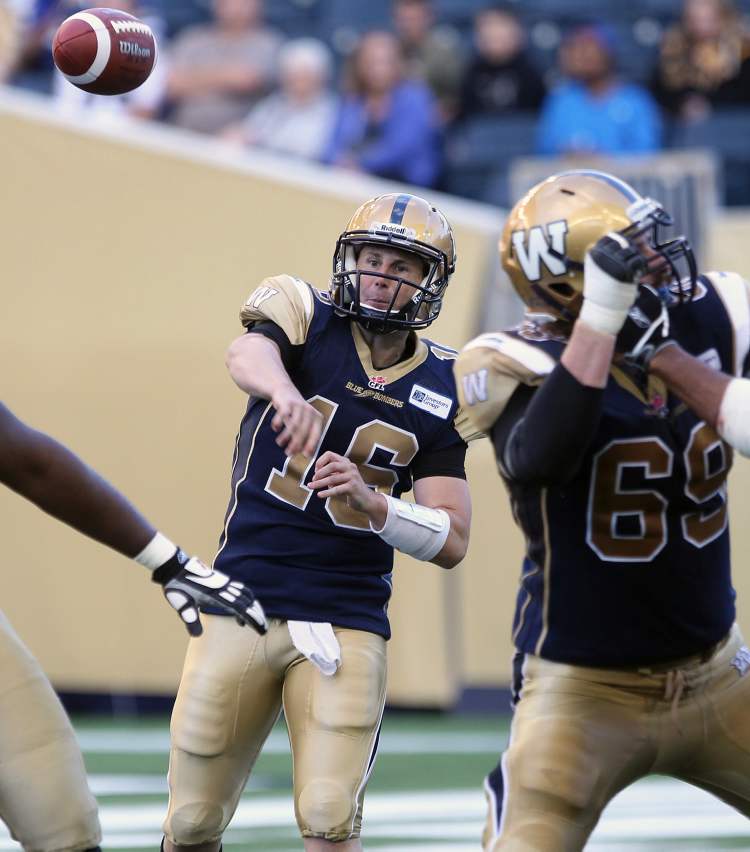 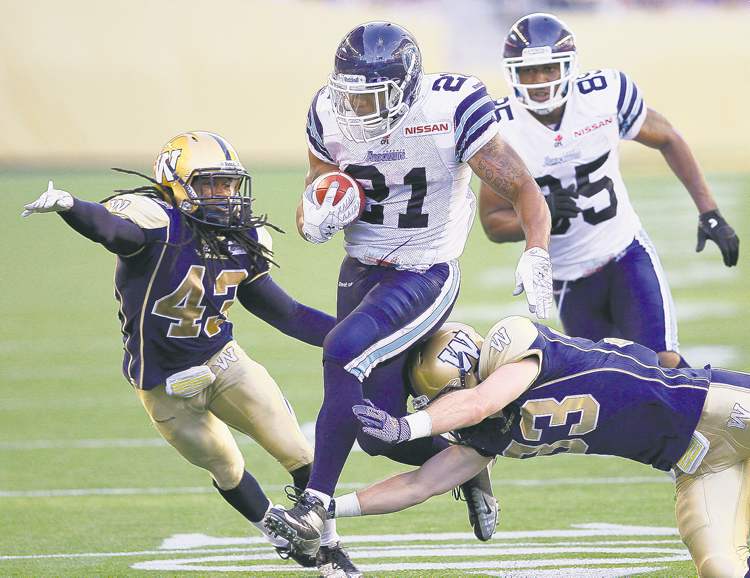 Bomber fans give their first impressions of new stadium 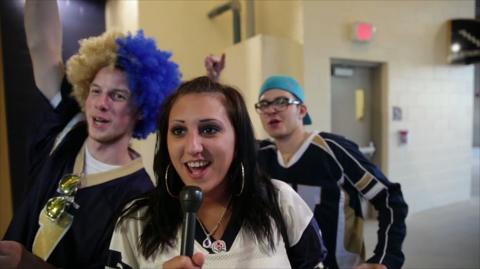 So fans, how'd you get to the game? 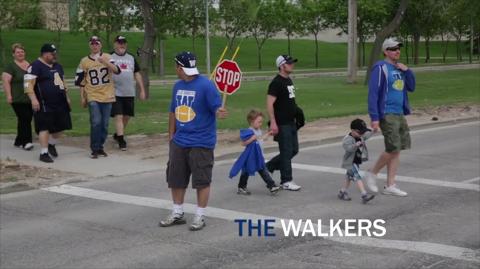 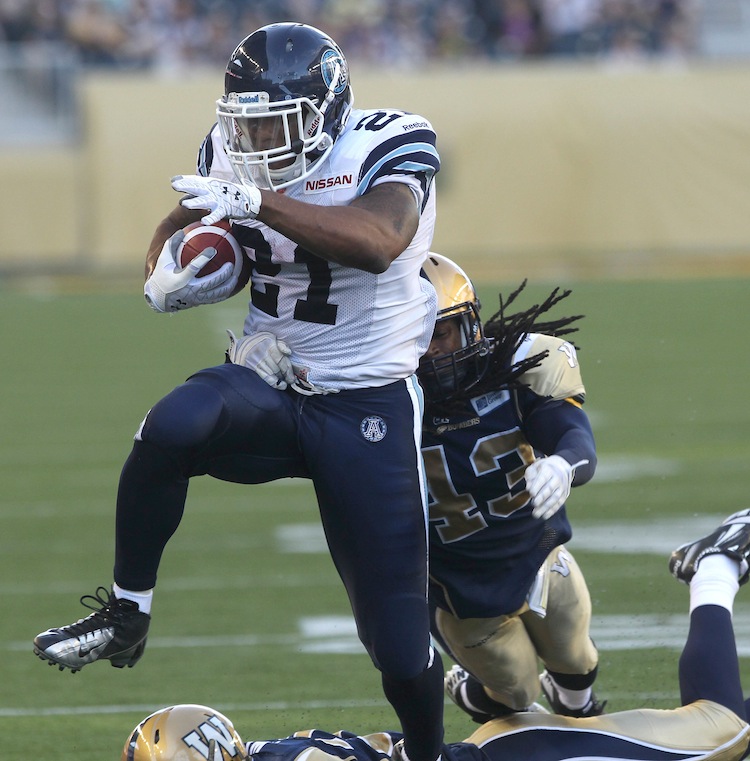