From here on out, according to the man himself, Wade Miller will be to blame for any failures or due the credit for any success with the Winnipeg Blue Bombers.

From here on out, according to the man himself, Wade Miller will be to blame for any failures or due the credit for any success with the Winnipeg Blue Bombers.

Shortly after being named acting CEO of the CFL club on Friday, Miller confirmed he would have complete authority over any and all business or football decisions.

“I wouldn’t be sitting here if that weren’t the case,” said Miller. “One hundred per cent, that is the way it is.”

That right there, that tidbit of information, was the most important nugget to be gleaned from Friday’s festival of firings and hirings in Bomberland.

GM Joe Mack getting sacked was a given, CEO Garth Buchko being placed on paid leave had some element of surprise. Miller’s rise to the throne was an idea first written about by my colleague Ed Tait three years ago, so it’s not completely out of left field.

But that Miller will have full and complete sway? That’s a new development.

The perception has been for some time that the Bombers’ self-appointed volunteer board had too much say in the day-to-day dealings of the club. In fact, it hired Mack and then put Buchko, a rookie sports executive with no football background, in charge. From the outside, the board appears to have been very involved in operations and not just governance as it is intended. They’ve had their fingers in the pie.

Brock Bulbuck, chairman of the board, didn’t deny such a perception exists but says the board wants to retreat from the spotlight.

“We have to change it by demonstrating it. We’re looking forward to standing behind Wade and allowing him to make the moves necessary to put this club on the right path again,” said Bulbuck.

“Quite honestly the board doesn’t even want to be heard from, mentioned, acknowledged… We want to be in the background.”

Such a scenario was in place when Lyle Bauer was CEO and the board ran him out of town for being too independent.

Maybe the board has realized the error in its ways and wants a strong-willed CEO in charge who will make decisions and keep them at arm’s length. We’ll see.

With Miller running the operation it’s quite possible this will be the case, as he’s a bit of a bull.

Blessed with minimal talent, Miller spent over a decade in pro football and holds the league record for career special teams tackles. Miller did that on will. He’s helped build a successful business and pushed his way into the CEO role of his old team.

Say what you want, Miller gets things done.

We’ll withhold evaluation on his ability to run a football team for now. But there will be lots to grade Miller on as he won’t be shy.

“The time to stand pat is over. It’s time for action,” he said Friday.

Some fast observations from the last week:

Three men in a leaky boat

The board was doing a lot of hand-wringing on Friday about one of its members leaking to the Free Press that Buchko had recommended Mack be fired. It failed to comment on the fact the board also leaked the news of Mack’s hiring four years ago. Or that it leaked news again on Friday of Miller’s appointment. And of Buchko’s firing. All from the board. Just saying.

Buchko has many talents. He’ll resurface and do a good job for whoever hires him next. But his decision at the end of last season to hang with Mack eventually cost him. As a board member said to me a few weeks back, “He tied himself to Mack when he stuck with him last summer. Now things aren’t working out. It makes this complex.”

Buchko was done at that moment and I should have realized it. But I couldn’t get my head around the fact the board would clip Buchko for making the same mistake they made themselves by hiring Mack in the first place. My bad.

The Bombers will now rely on assistant GM Kyle Walters to steer them through the rest of this season and handle the dispersal draft. This is Walters’ moment. Don’t be surprised if he tries to swing a trade for one of the young backup quarterbacks in the league such as Calgary’s Bo Levi Mitchell.

And keep an eye on NFL transactions because Walters will be active. No one is safe on the Bombers roster right now as Walters will attempt to have an impact and convince Miller he’s the man for the job full-time.

Fans won’t have Walters on the top of their list and Miller will be cognizant of this. He’ll need Walters to hit a few home runs and do so in a hurry to persuade the ticket-buying public this is a sound move.

Offensive co-ordinator Gary Crowton can’t be very comfortable right now. His offence has been terrible and he’s taken much of the blame. Don’t be surprised if Miller doesn’t push head coach Tim Burke to make a change.

Miller will want wins. And he’ll tell Burke to do what is needed to get them. So expect the Justin Goltz experiment to continue but don’t be surprised if Buck Pierce is immediately upgraded to No. 2 status. Burke won’t be shy to use him off the bench or at some point as the starter.

Burke will have the rest of the season to convince Miller he should stay on. Miller will like Burke as a person and likely as a coach but he won’t make the same mistake Buchko made and get too attached. If Burke can make Miller look good, he’ll stay. If he can’t, he’s gone. 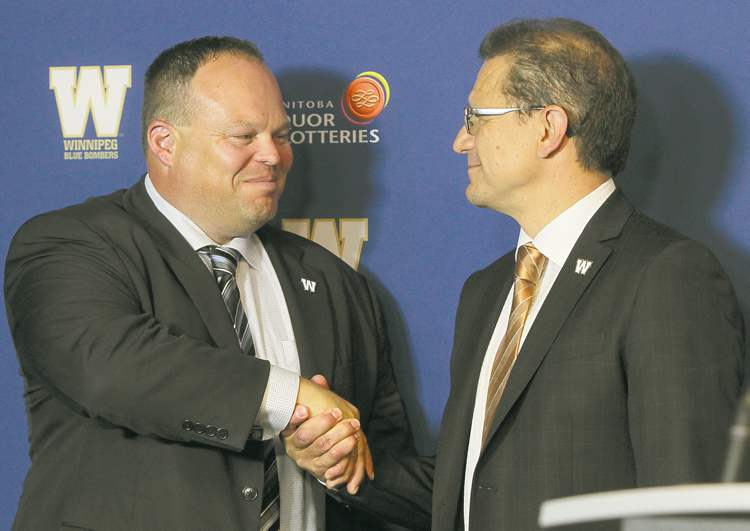 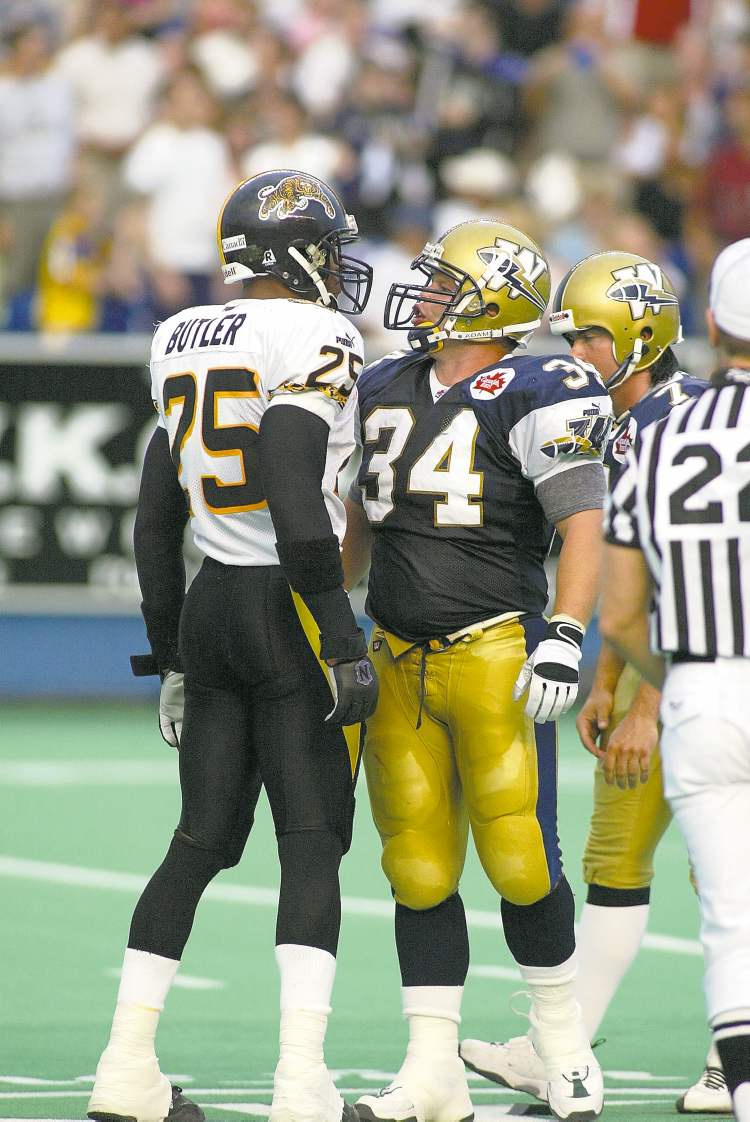 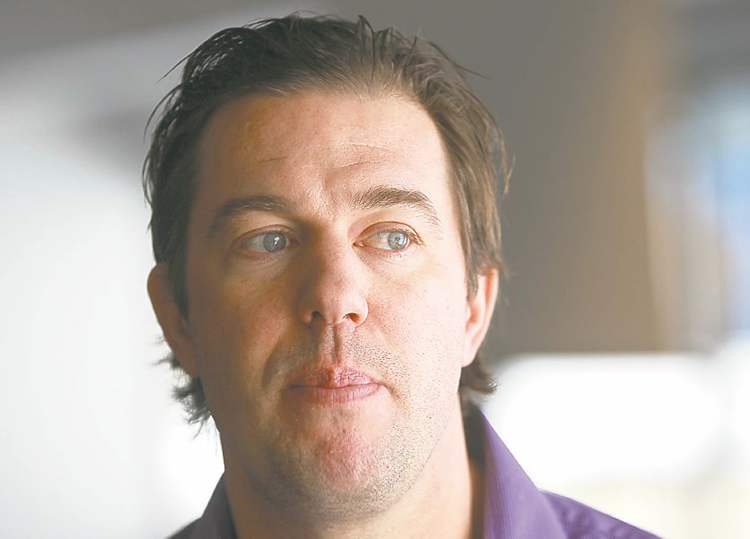 Writing was on the wall 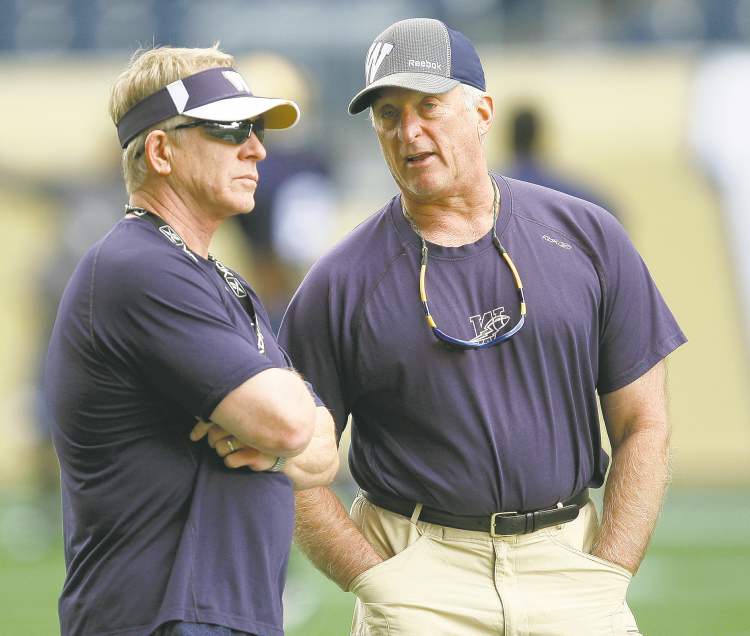