During the Nazi occupation in Albania, almost all of the Jews living within its borders, those of Albanian origin and the many Jewish refugees who poured into the country, were saved.

The exhibit from Yad Vashem in Jerusalem that starts Monday in Winnipeg looks at the German occupation in 1943 when the Albanian population refused to comply with the occupier’s orders to turn over lists of Jews residing within the country’s borders. Governmental agencies provided many Jewish families with fake documentation that allowed them to live among the rest of the population. The Albanians protected their Jewish citizens and provided sanctuary to Jewish refugees in Albania.

“Anything that says people of different faiths and cultures can get along and help each other, that involves peace, compassion and hope — we want to be part of that and promote it,” said Dirks.

Helping the Jews was grounded in Besa, a code of honour that exists today in Albania and means “to keep the promise.” It is also considered a matter of national honour. During the Holocaust, Albanian Muslims competed with one another for the privilege of saving Jews. These acts originated from compassion, loving-kindness and a desire to help those in need, even though the recipients were of another faith.

As a result, there were more Jews in Albania at the end of the war than there were at the beginning.

With all the conflict in the Middle East, the Besa exhibit “is a wonderful example from long ago. It’s evidence of Muslims helping Jews,” said Dirks.

The exhibit opens Monday at the Mennonite Heritage Centre Gallery. On Tuesday, the one-hour documentary Besa: The Promise, will be screened at 7 p.m. at the gallery at 500 Shaftesbury Blvd.

“Here you have a Jewish group come to a Christian organization to do something that is about Jews and Muslims,” said Dirks. “It’s a good thing to have three communities working together.

“Even if you’re a person of no faith, all faiths are in Winnipeg and we need to know each other and accept each other and to set aside stereotypes and ignorance and find ways to get along.” 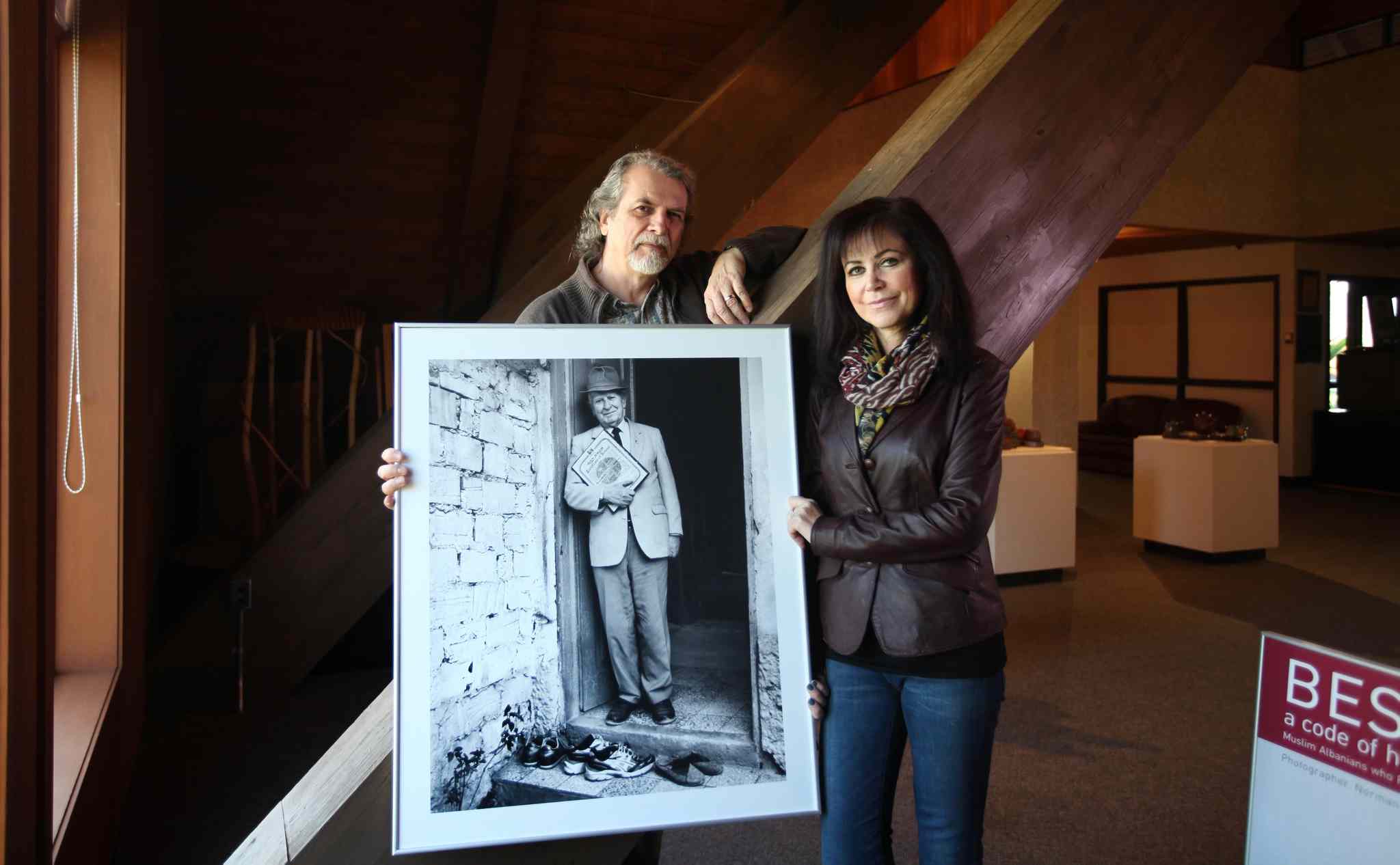