More than half of Manitoba Hydro’s employees will have their wages frozen this year as the Crown corporation struggles with ballooning debt and high costs.

More than half of Manitoba Hydro’s employees will have their wages frozen this year as the Crown corporation struggles with ballooning debt and high costs.

Three of the four unions that represent about 2,100 Hydro employees negotiated new contracts in the past few months, which include a zero per cent wage increase this year.

The trio of four-year contracts include percentage increases of one, 1.25 and 1.5 in the remaining three years.

Meanwhile, Hydro’s professional engineers and non-unionized corporate staff, which total nearly 1,100 employees, were told last month their wages would be frozen for at least one year.

Senior executives, who have been roundly criticized for their sizeable salaries, will also see their wages frozen this year.

Carmen Ledarney, the acting national representative for Unifor Local 681, which represents Hydro’s gas utilities workers, described the new contract as a “reality of the new world we live in at the moment.”

“The biggest part is having Pallister in government. He is hitting Hydro hard and any public-sector services. So certainly that had an impact on our negotiations,” she said. “When you don’t have a labour-friendly government, you know the money isn’t always going to be there.

“I think that any union with a Pallister government in control of their wages is going to have difficulty getting good wages… but that is only my opinion.”

Hydro spokesman Scott Powell said the decision to freeze wages of non-union employees was made by the executive team, “to continue to manage costs to help ensure our customers receive the best value for their energy dollar.”

Hydro’s 2,778 electrical workers and other technicians, which are represented by the International Brotherhood of Electrical Workers, ratified a three-year contract in 2016 under the former NDP government. It contained a no-layoff clause, a 2.5 per cent wage increase in the first year and two per cent increases in each of the following two years.

Mike Velie, the business manager of IBEW Local 2034, said his union has no interest in reopening the contract.

“We view the contract we negotiated to have been fair under the conditions at the time, and we have no intention of altering that agreement made in good faith by both parties,” he said.

He said it is too early to speculate what will happen when contracts come up for negotiation in 2019.

The news comes a week after Friesen held his first meeting with Manitoba’s largest public-sector unions to discuss proposed legislation that would include government’s “ability to pay” when it comes to contract negotiations.

Crowns Services Minister Ron Schuler has been steadfast that the Tories will not interfere in the affairs of Crown corporations, but has been critical of the state of Hydro’s finances, accusing the NDP of bankrupting the Crown.

In a prepared response, Schuler said no one can ignore the fiscal challenges of the province and “ability to pay” should be factored into both core government and Crown corporation wage negotiations.

“Over 70 per cent of Manitoba’s budget is allocated to public-sector compensation, which is why our government has committed to prudent and sustainable fiscal management and transparent budgeting,” Schuler said.

“We expect the Crowns to pursue those same goals.”

In October, Manitoba Hydro executives said the public utility’s debt outlook is dire, and they hinted once again — this time to a legislative committee — they will seek significantly higher rate increases from consumers.

The executives warned Hydro’s debt could increase to $25 billion from the current $13 billion in the next few years as the Keeyask generating station and the Bipole III transmission line are completed. 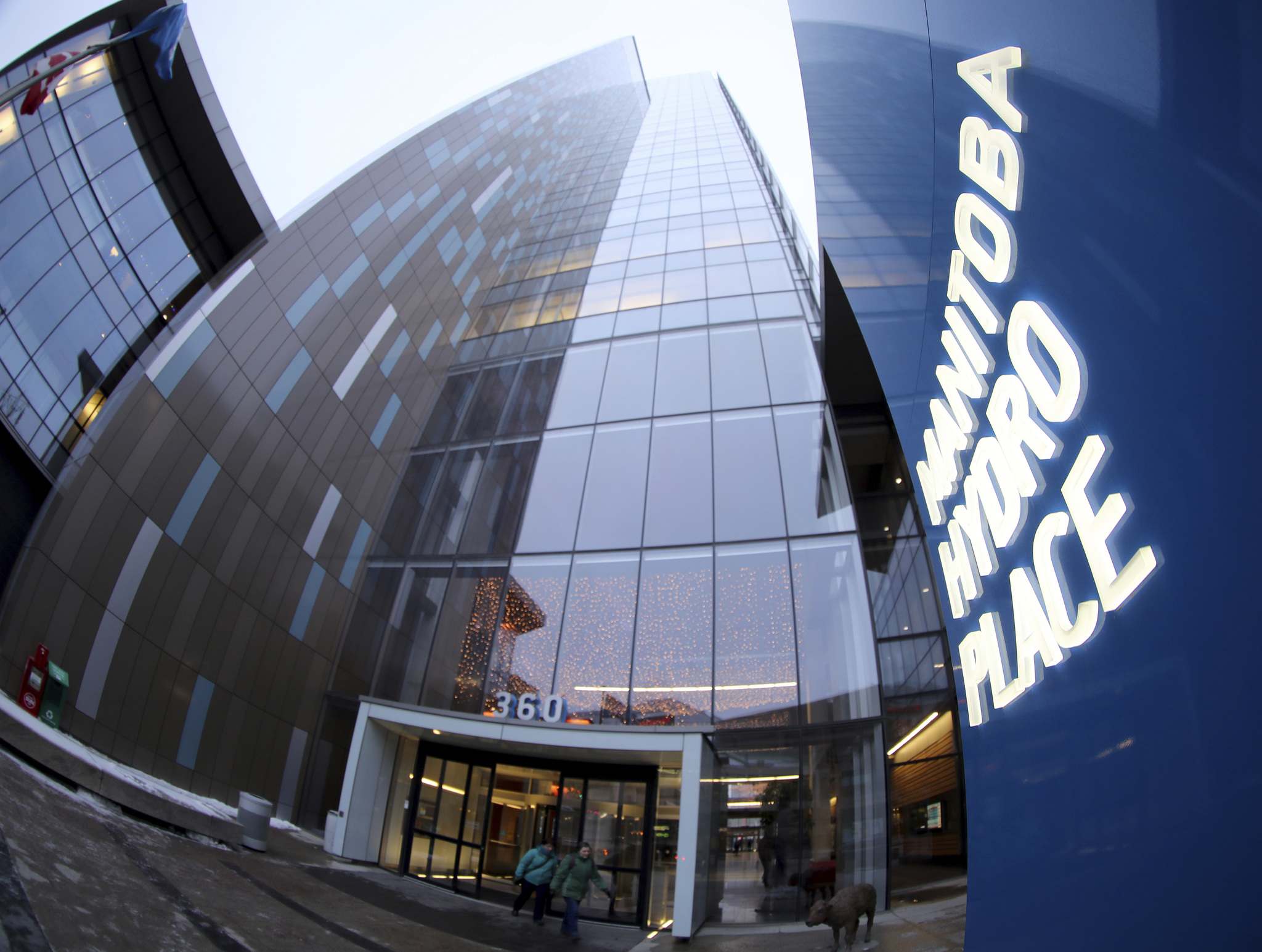 The Association of Manitoba Hydro Staff and Supervisory Employees: represents 891 employees in supervisor and other staff roles, ratified a four-year contract in November

The Canadian Union of Public Employees: represents 1,017 office and support workers, reached a tentative agreement last month that has yet to be ratified, but includes a wage freeze in 2017.

International Brotherhood of Electrical Workers: represents 2,778 of hydro’s linemen, truck drivers, meter techni­cians, mechanics and welders. The union ratified a three-year contract under the NDP government in January of 2016.

*Officials with Hydro said over the past five years, the wages between the unions and non-staff have mirrored each other