Board stacked to stop assisted dying

The board of the St. Boniface Hospital was stacked in order to overturn a policy that would have allowed the facility to offer assisted dying under “rare circumstances.”

The board of the St. Boniface Hospital was stacked in order to overturn a policy that would have allowed the facility to offer assisted dying under “rare circumstances.”

The 16-person board met May 29 to consider the policy, amending it to allow assisted dying on the premises in limited situations. The amended policy narrowly passed.

The hospital’s governing body — the Catholic Health Corp. of Manitoba (CHCM) — promptly responded by adding 10 new members to the board and “respectfully” asking for a re-vote.

In the June 1 letter requesting the “re-vote,” CHCM chief executive officer Daniel Lussier made clear assisted dying, even in limited forms, would be “contrary to the ethical commitments of the health-care and social service organizations that CHCM controls.”

On Monday, the new board — minus two original members, including its former chairman — passed the unamended policy banning assisted dying at St. Boniface.

In an interview Friday with the Free Press, Lussier made no apologies.

‘We control St. Boniface Hospital, for starters, which means we also control the appointments of the board’
– CHCM chief executive officer Daniel Lussier

“We control St. Boniface Hospital, for starters, which means we also control the appointments of the board,” he said.

St. Boniface, while under the umbrella of the Winnipeg Regional Health Authority has a devolved board. In short, it receives WRHA funding, but the authority does not operate it.

The decision to add to the board before a re-vote, Lussier said, was done “to protect the integrity of our organization.”

“I find that shocking and I find that troubling,” said Shanaaz Gokool, CEO of Dying with Dignity Canada. “What (CHCM) is saying now is that it’s OK for those people, those clinicians involved in the original decision, to have their conscience rights violated.”

Internal discord over assisted dying has been brewing at St. Boniface for months, according to a series of hospital memos and letters leaked to Dying with Dignity and provided to the Free Press. They paint a picture of health-care workers increasingly frustrated by religious constraints on their right to provide certain end-of-life care.

“We’ve watched this long, deliberative process happen and been frustrated,” said a source close to the matter who was not authorized to speak on the record.

What makes it worse, the source said, is throughout the deliberative process, patients who want assisted dying have been forced to “undergo this very undignified transfer process to another institution at the very end of their lives like a sack of potatoes.”

One patient died while in transit to another facility, the source said.

“What’s more undignified than being forced out of your hospital bed and dying in a medical transport vehicle?”

The hospital clarified the patient was being transferred for assessment for assisted dying, having not yet been approved for the procedure. It also disputes the source’s claim that the patient died in transport, saying the person died a considerable while after arriving at the other facility.

St. Boniface board chairman Murray Kilfoyle cited those types of transfers in his June 2 resignation letter, saying: “I will be unable to support a policy I believe allows for the undeniable reality of transfers of care that harm patients.”

Although Kilfoyle could not be reached for comment, his letter makes his reasoning clear.

“I see no way to reconcile my patient-centric (medical assistance in dying) views with those of CHCM and any ability to influence St. Boniface Hospital policy has been eliminated with the new board composition,” he wrote.

It isn’t just board members seeking to support assisted dying at St. Boniface.

An April memo circulated by the hospital’s departing medical staff president and current board member Dr. Marcus Blouw said there was a considerable degree of support for offering assisted dying among hospital staff.

Blouw, whose assistant said he was unreachable Friday while on holiday, asked staff in March to share their views with him.

Of 65 responses that firmly state a position on assisted dying, only eight per cent felt it had “absolutely no place” at St. Boniface, while 52 per cent believed it was a right that “must be available to all Canadians, in any institution that receives public funding, regardless of that institution’s historical or religious affiliations.”

Of that majority, Blouw wrote to all staff that 10 per cent went so far as to say restrictions on assisted dying at St. Boniface would likely lead them to give up their “working privileges.” He went on to say he was concerned by how many people chose phone instead of email to respond to him, expressing worries about “the potential to suffer professional or personal repercussions for voicing strong opinions on this polarizing topic.”

Lussier said the hospital has taken great care in crafting a policy that respects its Catholic roots while allowing health-care workers to answer patients’ questions about assisted dying and refer them to the province’s assisted-dying team.

“We’re fully in this conversation,” he said, “we just have a different view.”

“What we’re asking for here is transparency in how publicly funded health-care facilities make decisions that relate to the public health interests of their community,” she said.

By overturning a board decision that was made democratically, however narrow, “this decision is not in favour of the public interest.”

Blouw wrote to staff two weeks ahead of the original vote, “this is a clouded ethical landscape” with longstanding privileges afforded to publicly funded religious health institutions butting up against what Gokool called “the principle of universal access.”

“But for myself, and for the majority of you who have chosen to speak to me about this over the past year,” Blouw wrote, “there is no debate: any practice that favours the sentiments of the institution over and above the needs of the patient would not be consistent with the stated mission, vision and goals of the hospital, nor does it foster good patient-physician relationships.”

The beliefs of some, paid for by all 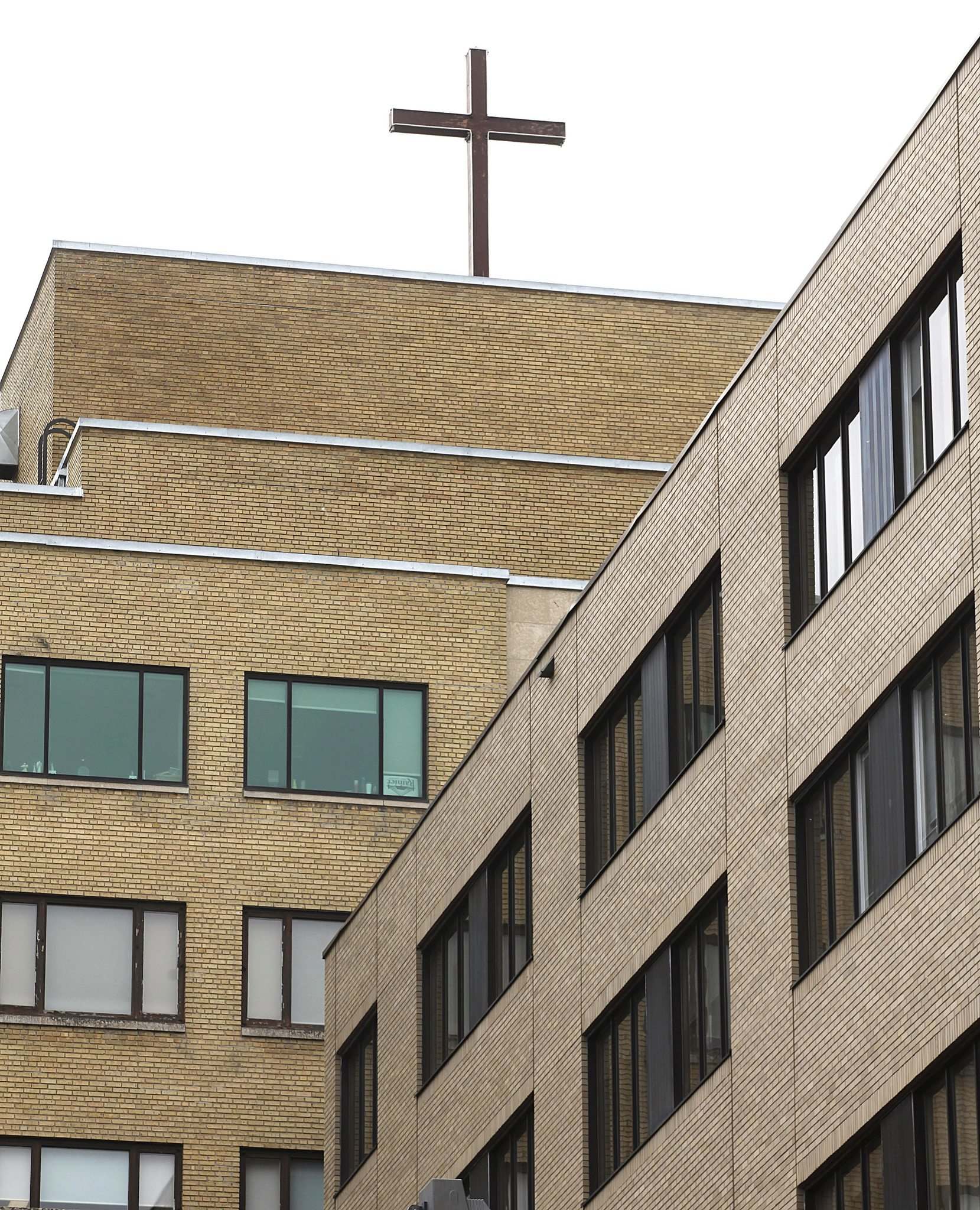 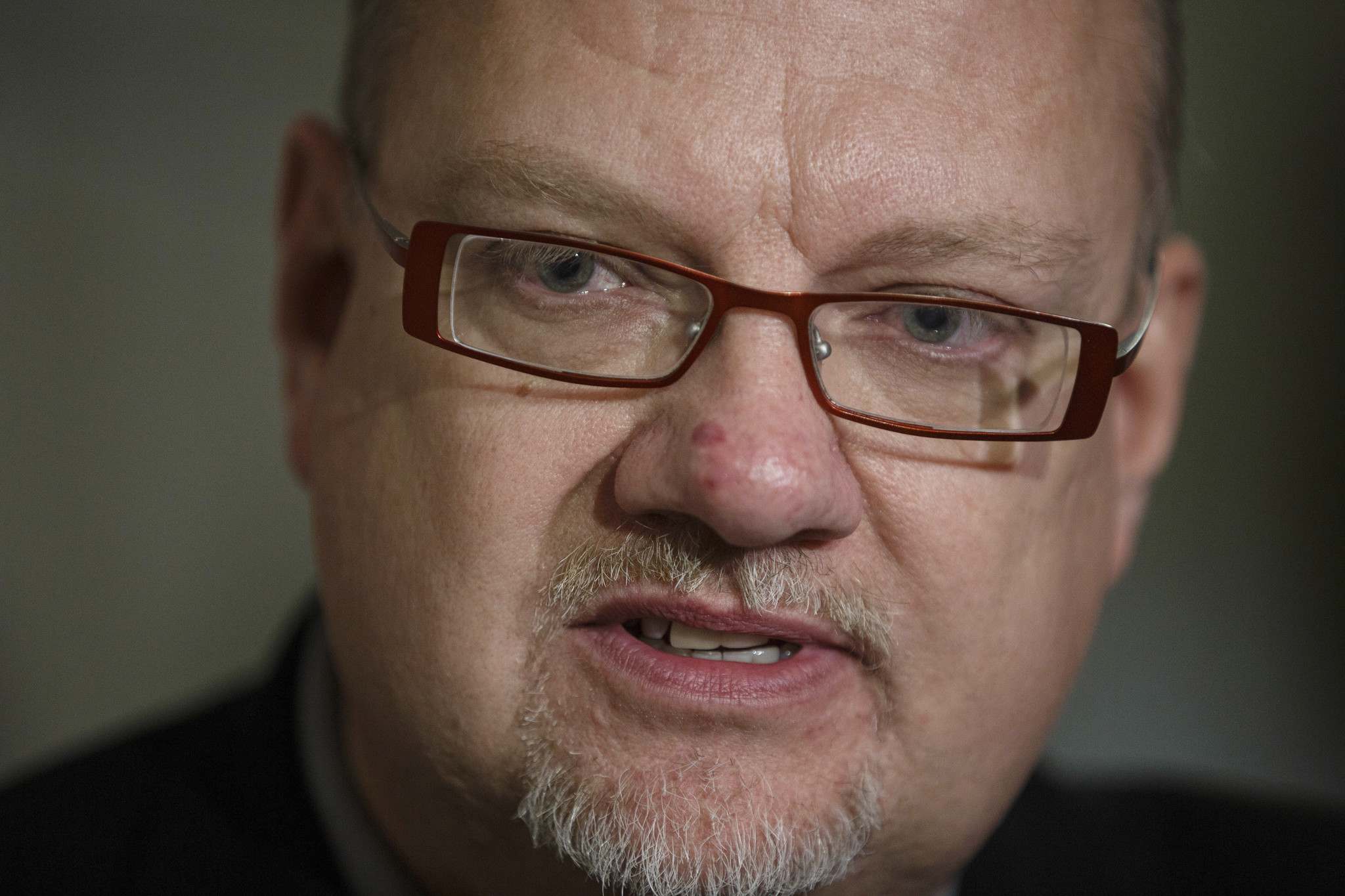 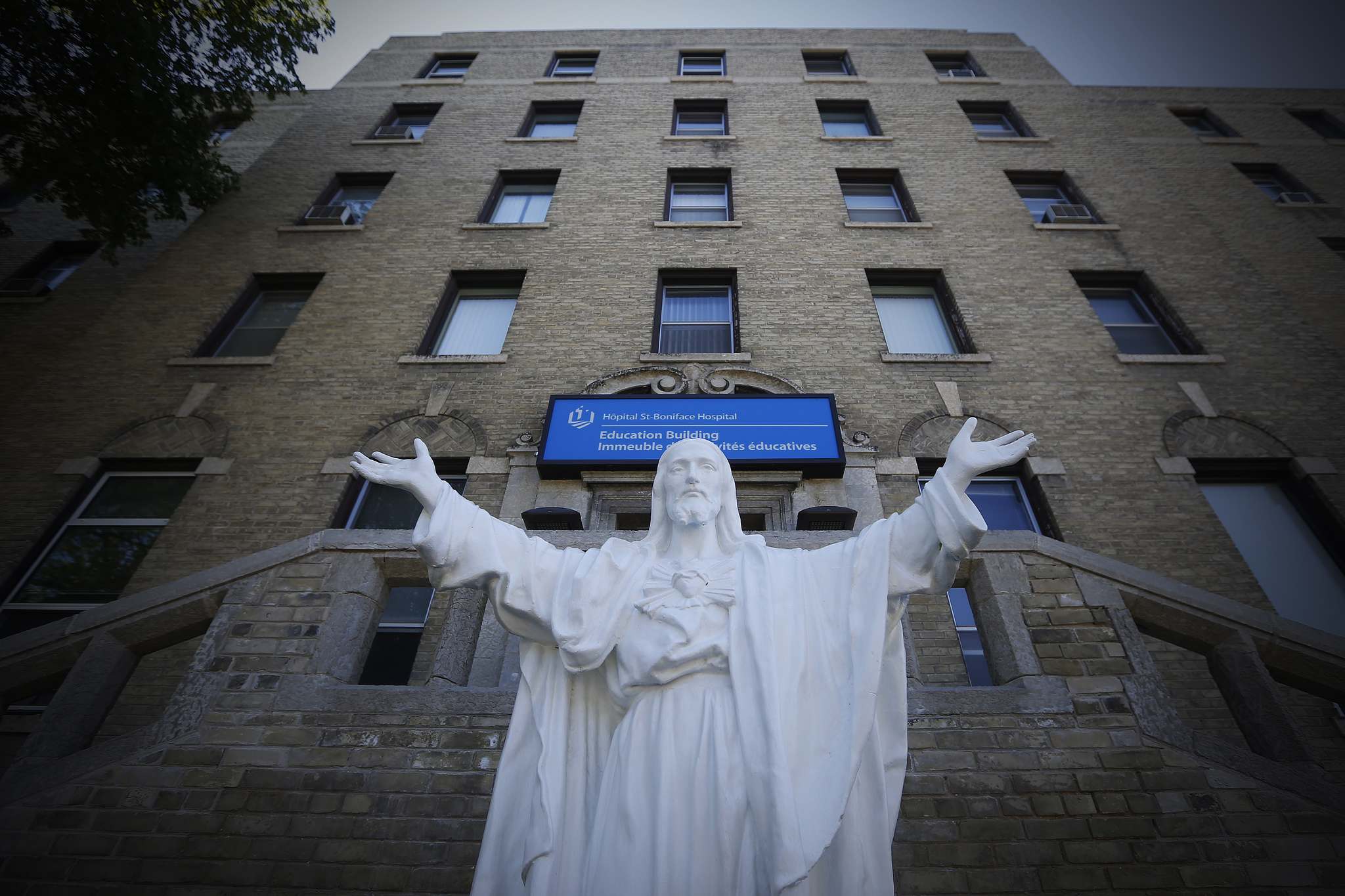 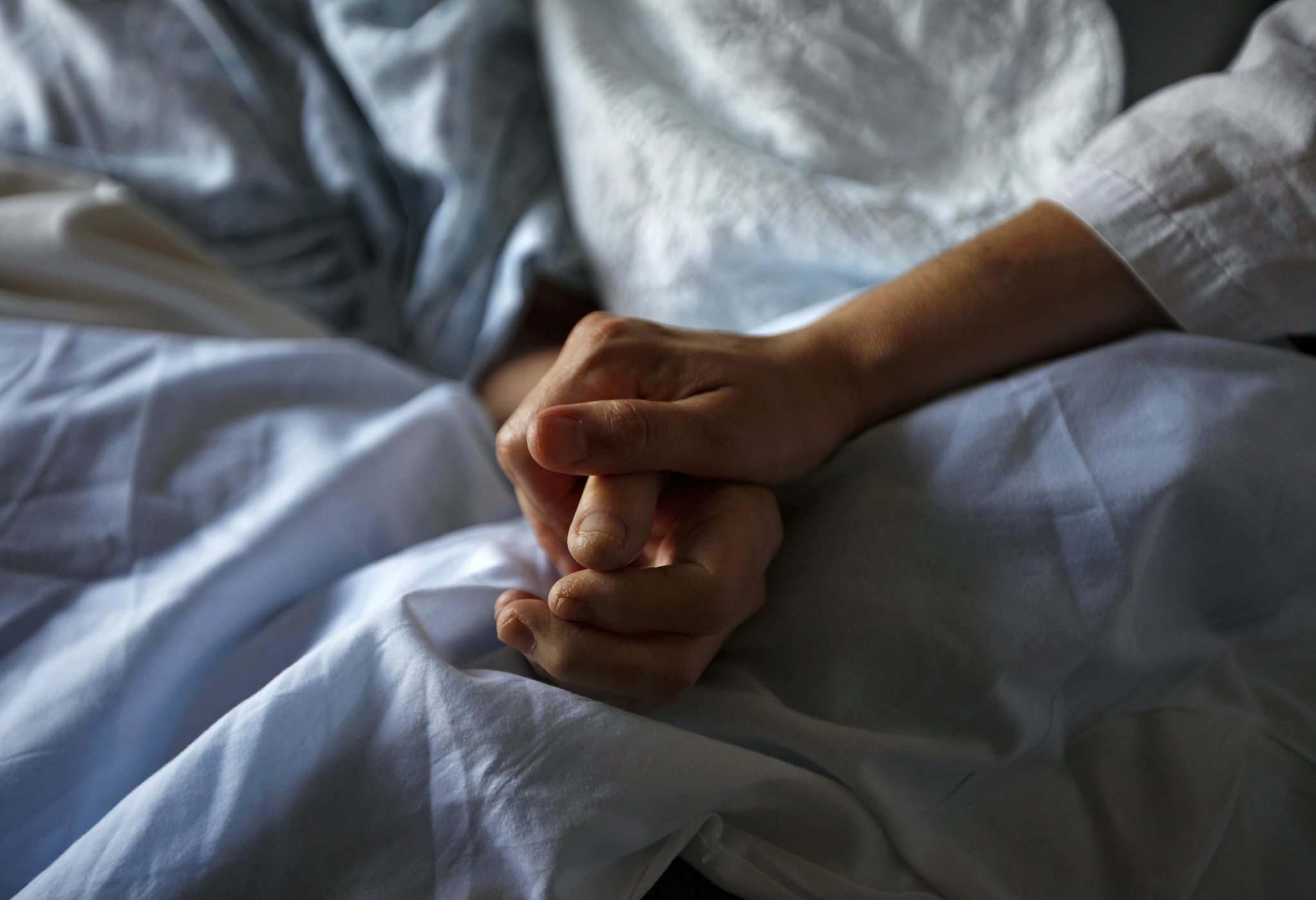 Updated on Saturday, June 17, 2017 1:02 PM CDT: Updated with comment from the hospital, including saying the patient died after arriving at the other facility.